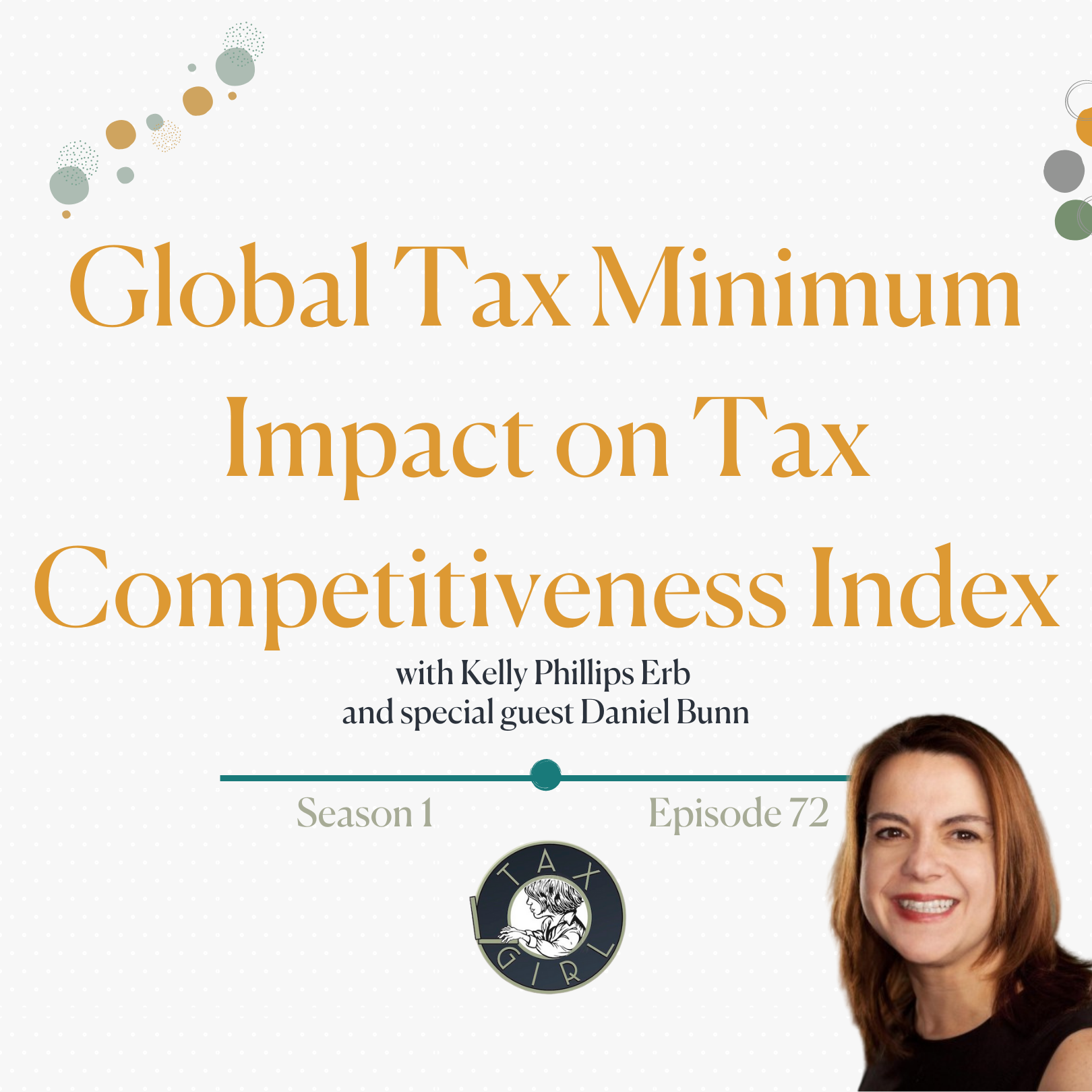 The recent agreement on a global minimum tax, and other changes to tax rules around the world, have called into question the future of tax competition. Each year, The Tax Foundation puts out their International Tax Competitiveness Index. The Index seeks to measure the extent to which a countries’ tax system adheres to important aspects of tax policy. Among so many changes and the global minimum agreement, is the annual index still relevant today?

International tax policy is heating up in the wake of the OECD’s global minimum tax agreement. Listen to Kelly and Daniel Bunn tease out the details of tax competitiveness and the global tax agreement in plain English.

On today’s episode of the Taxgirl podcast, Kelly is joined by Daniel Bunn to discuss the relevance and nuance of the International Tax Competitiveness Index. Daniel is the VP of Global Projects at The Tax Foundation, where he researches international tax issues with a focus on tax policy in Europe. Prior to joining The Tax Foundation, he worked in the US Senate at the Joint Economic Committee as part of Senator Mike Lee’s social capital project. He was also on the policy staff for both Senator Lee and Senator Tim Scott. During his time with the Senate, Daniel developed legislative initiatives on tax, trade, regulatory, and budget policy.

Listen to Kelly and Daniel talk about the OECD and the Tax Competitiveness Index: