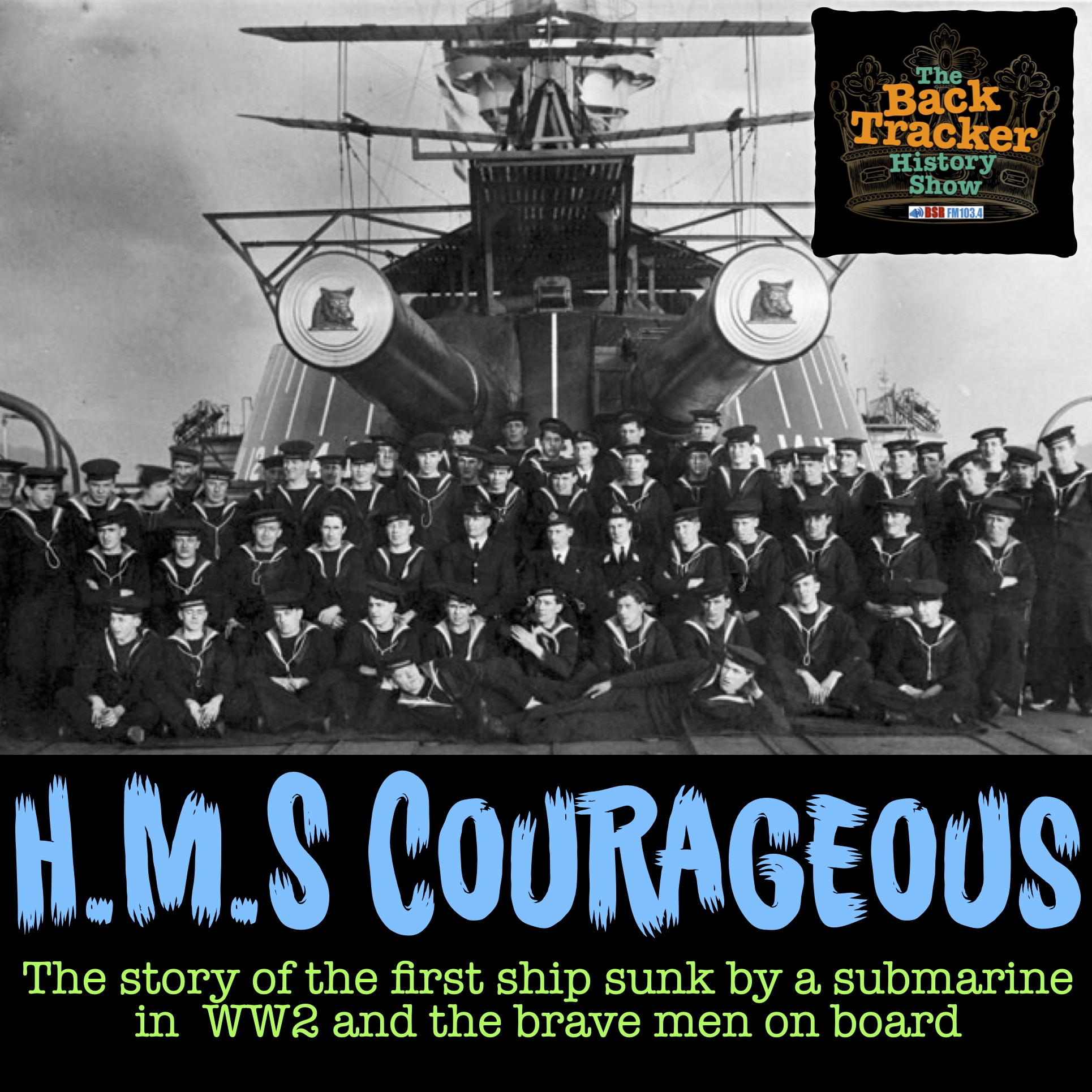 HMS Courageous was the lead ship of the Courageous-class cruisers built for the Royal Navy during the First World War. Designed to support the Baltic Project championed by First Sea Lord John Fisher, the ship was very lightly armoured and armed with only a few heavy guns.

Courageous served with the Home Fleet at the start of World War II with 811 and 822 Squadrons aboard, each squadron equipped with a dozen Fairey Swordfish, a medium-sized biplane torpedo bomber and reconnaissance aircraft.

On the evening of 17 September 1939, she was on patrol off the coast of Ireland when she became the first Royal Navy ship to be sunk by a German U-boat.

Some more great news for you, if you were interested in buying merchandise featuring the show’s logo, then pop over to Teepublic.com, search for The Backtracker History Show, and you’ll find lots of things to choose from.