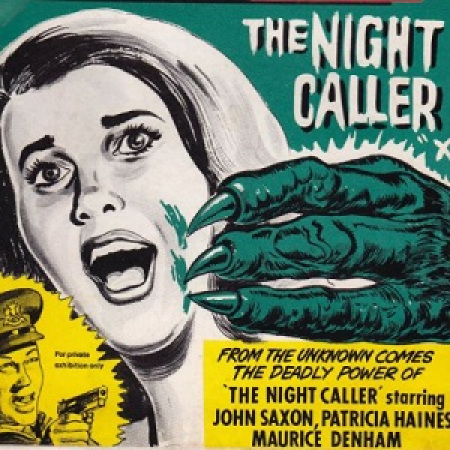 This is our (vegetarian friendly) Butcher’s episode and please don’t @ me about that apostrophe – it’s meant to be there because we’re talking about Butcher’s Film Services who were based in Soho for many years.

In the first half of the show, Dr Laura Mayne of Hull University joins us to talk about this long departed fixture of Wardour Street.

Here’s an interesting article from The Londonist by Zoe Craig about the history of Wardour Street as the centre of the UK film industry.

The Night Caller – which was called “The Blood Beast From Outer Space” in the US, was made in black & white but, for some inexplicable reason,a colourised version was released in 2011.

Discover the locations of some of the exterior scenes thanks to our friends at ReelStreets.

Cevin Moore has two podcasts – check them both out. There’s the long running Film Guff and his new project Here Lies Amicus.

Laura’s new podcast, which she makes with Dr Adrian Smith (who has been on the show far too many times) is called Second Features and for info about her research interests, have a look at her her profile on the Hull University website.