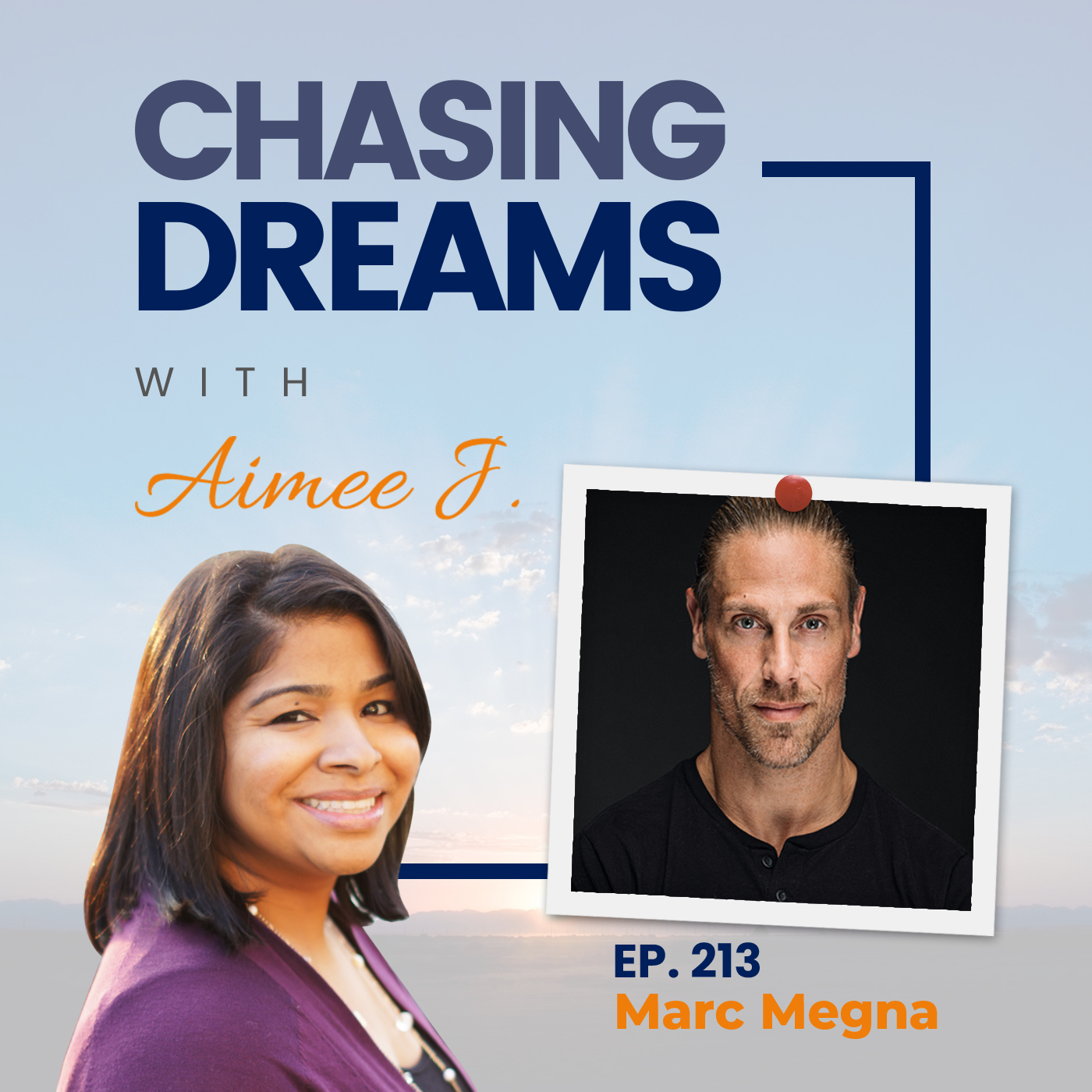 Thank you for kicking off the New Year with us! You know there is nothing closer to my heart than the story of someone not only dreaming big but finding ways to chase those dreams. Such is the story of today’s guest. Join us for more!

Marc Megna is co-owner of Anatomy Fitness gym and a top strength and conditioning coach in Miami, helping hundreds of clients--from celebrities and professional athletes to motivated beginners--achieve their fitness goals. Adhering to the “Dream big, never quit” motto that Marc learned from his mother, he put in years of hard work and unrelenting dedication to transform his life. After playing football and earning a degree in sociology at the University of Richmond, Marc was drafted by the New York Jets in 1999. During his seven-year professional football career, he played for the New England Patriots, Cincinnati Bengals, and Montreal Alouettes.

Now an elite trainer and fitness model, Marc has written for such publications as Fitness RX and Dr. Oz. He’s been featured on the cover of Inside Fitness and Muscle & Fitness magazines. You can listen to his motivating Megna Method podcast and visit www.megnamethod.com.

Sports as a coping mechanism

How do you cope with life’s problems? Marc learned early on that sports were his coping mechanism for dealing with a difficult childhood. He was a shy, insecure, fat kid, but sports were a big deal in his family. Since he figured out that athletes gained the respect of others, that’s what Marc aspired to become. Being a top athlete became his mission as a young kid, and he was determined to work harder than anyone else. His perseverance paid off, and he made it to the NFL. Now, with a profession built on sports and fitness, Marc can impact others’ lives with his talents.

TWEET: Being a top athlete became Marc’s mission as a young kid, and his perseverance paid off. @marcmegna #chasingdreams

The end of a football career

How do you know when it’s time to move on? Even though Marc loved his time in the NFL, it was pretty clear to him that he needed to try something else after a series of injuries. He sustained a severe knee injury and infection that almost cost him his leg, and since his knee was compromised, his body was out of alignment. This led to a serious tear in his back, and he knew his football career was over. Marc learned that a significant time commitment is required in anything in which you wish to succeed, and he knew that football coaching was not the route he wanted to take. His current career as a gym co-owner and fitness coach takes a lot of his time, but he genuinely enjoys the time he spends investing in others.

TWEET: After a series of injuries, Marc knew he needed to try something else, and football coaching was not the route he wanted to take. @marcmegna #chasingdreams

How do you “show up”? Marc explains that it’s great to show up every day, but what you do when you’re there is important. Doing the same thing over and over again will not yield a different result. Most people are deathly afraid of getting outside their comfort zone. When what you do each day is a drudgery that you hate, then you’re probably stuck in your comfort zone. Do what it takes to get unstuck!

TWEET: Do what it takes to get unstuck! @marcmegna #chasingdreams

Guest Recommendation: ONE action for a dream chaser to take--”Decide what’s most important to you and take steps to do what you want to do.”

Now, instead of asking how I can be better at something, I ask myself how I can be a better person. @marcmegna #chasingdreams

Athletic training helped my insecurity, made me stronger, and increased my confidence. @marcmegna #chasingdreams

I started with dreams of being an athlete and an annoyingly obsessive mentality of showing up. @marcmegna #chasingdreams