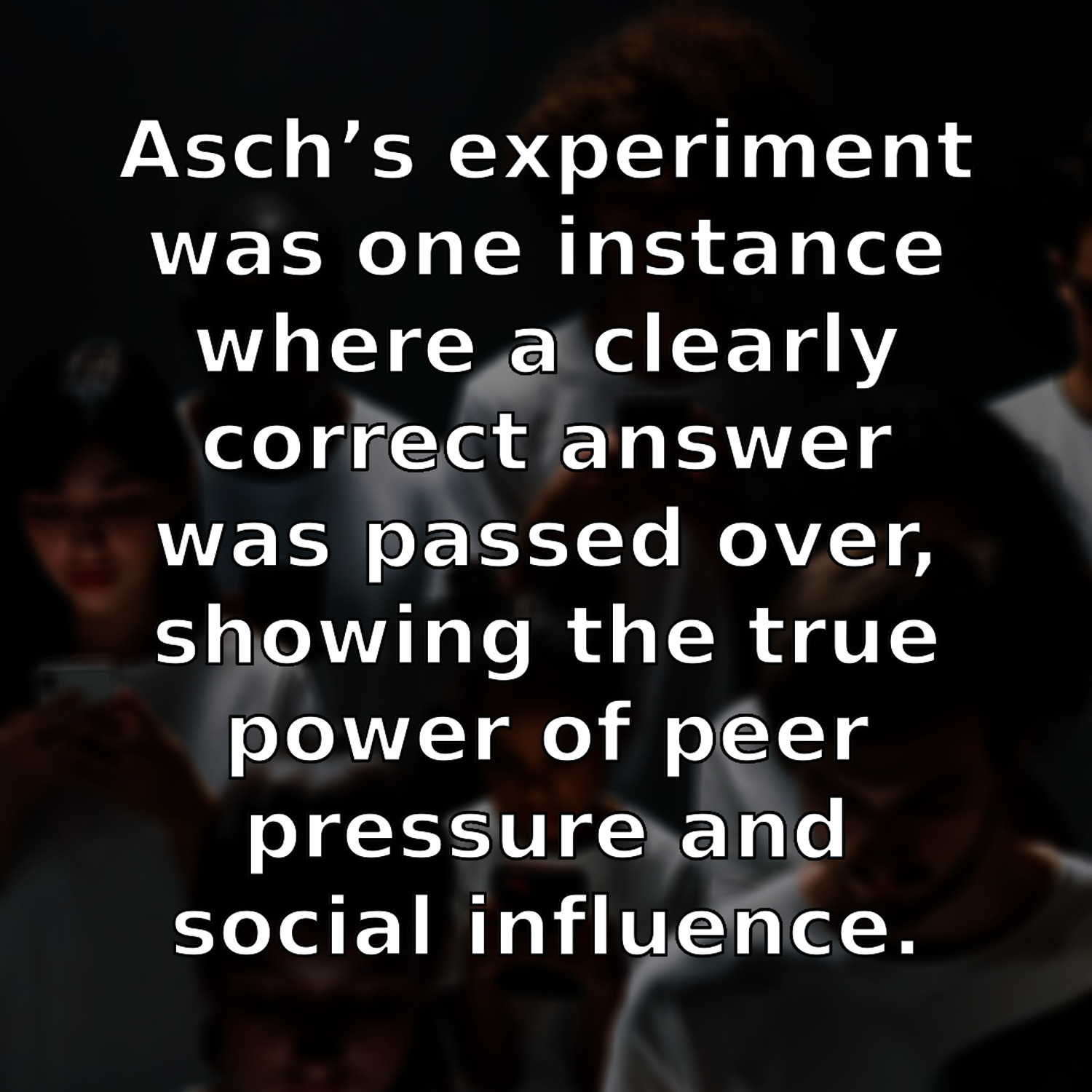 The last way we must struggle to keep an open mind and clarity of thought is in relation to our social influences. The people around us can determine what we think and do, no matter how hard we try. This was proved in the Asch Conformity Test and the Milgram Shock Experiment. It doesn’t matter how open-minded you are, your environment has the ability to push you strongly in one way despite your best intentions.

This is when you, quite naturally, attach labels to people, places, things, and perspectives. The problem is that any type of label’s purpose is reduction to a single word, and the abbreviation of information. These labels, usually not carefully chosen or given much thought, go on to form your beliefs. These are hazards with relatively accurate and descriptive labels—what about when you unwittingly use labels that are ambiguous, inconsistent, or inaccurate?

One big risk with labeling is that instead of describing the specific situations or perspectives in isolation, you create labels that are negative and absolute. In such instances, it’s not about the situation in the moment, it’s rather about making judgments about all future circumstances based on what you have just observed. It’s similar to when we confuse feelings for facts.

Jumping to conclusions is a theme that underlies everything that happens when you don’t follow the evidence. Sometimes there is no battling this, but the key is always to slow down. Try to honestly answer when you have been fooled and made incorrect judgments, and when you have failed to see the whole picture. Think about interpersonal communications and how many misunderstandings you have experienced in your life, despite your best intentions and deep friendships.

If we can characterize confirmation bias and following the evidence as something internal that you must battle to stay clear and open-minded, then social influence is something external that we must battle. In other words, we must resist the influence of others and draw our own conclusions, rather than parroting those of others or being overly dependent on them.

None of us prefer to think of ourselves in this way—essentially a follower. We all like to imagine that we have free will and are actively making our decisions and determining out own thoughts instead of the other way around. If you’re not a follower, that means you’re a leader.

Leaders blaze the trail and set the path instead of the other way around. They are strong-minded and are driven by a set of morals and convictions. Above all else, they alone determine their thoughts. The truth, however, is a bit uglier. What we might define as free will on a daily basis is actually just us being influenced in subtle and subconscious manners by other people and the settings we find ourselves in.

If you walk into your new job and you find everyone wearing magenta shirts, you are probably going to find a magenta shirt as soon as you can for the next day, despite the fact that there is no dress code and no one has ever mentioned anything about magenta shirts. Something in your mind will tell you that you should be wearing a magenta shirt, even though there are no rules about it and the people you’ve asked haven’t mentioned it either. You might even feel uncomfortable if you don’t buy one within the week.

We are heavily influenced by the people around us and the contexts we find ourselves in, to such a degree that free will is more accurately categorized as just another decision that depends on what we see and feel from others. There are two infamous, landmark studies that show just how much we are swayed by others and left closed-minded.

of Swarthmore College in the: 1950

The study was relatively simply and asked participants to engage in a vision test. In each run of the study, there was only one subject, and the rest of the people present were Asch’s confederates. They would attempt to influence the true participant to conform and act against their free will.

The participant sat around a table with seven confederates and was asked two questions:

Which line was the longest in Exhibit 2?

Below is what the participants saw and made their judgment on. When participants were asked this question alone, through writing, or without confederates who would provide a range of answers, they consistently answered in the exact same way: Obviously Line C and Line A, respectively.

However, when confederates were present and provided incorrect answers, what followed was surprising.

When the true participant was surrounded by confederates who gave incorrect answers, such as stating that Line C was equal to Exhibit 1, or Line B was the longest in Exhibit 2, they also conformed their answers to be stunningly incorrect based on the social pressures of the people around them. Over one third of the true participants gave an obviously wrong answer, presumably because of the influence of peer pressure and the general feeling of, “What could I be missing that everyone else is seeing?” This feeling of confusion and wanting to avoid appearing stupid can cause someone to conform to something obviously wrong, which will actually make them appear stupid because they were trying to avoid that very thing. Asch successfully displayed that people, whether they believe it or not, wish to blend in with their peers and their environment so they don’t stick out.

People don’t want to commit a faux pas, so even if they thought the line was truly the same length or not, they made it seem like they did. Asch commented, "The tendency to conformity in our society is so strong that reasonably intelligent and well-meaning young people are willing to call white black.”

He had the opportunity to ask participants after the experiment whether they actually believed their altered stances, and most did not and simply wanted to go along with the group because they did not want to be thought of as “peculiar.” Others thought the group’s judgment was actually correct, and felt their new answer to be correct as well.

These two approaches represent the two main reasons people appeared to conform and act against their own free will. First, they wanted to be liked by the group and not seen as a “peculiar” outsider—this is called a normative influence. They wanted to fit in and be seen as comparable to the group. Second, they conformed because they thought their information was faulty, and they wanted to use the group’s judgment instead of their own. This is called an informational influence, where they doubted their own instincts and assumed others had more and better information than they did.

In either case, people’s clarity of thought is subverted by emotional reactions (discomfort, anxiety) to what other people are doing. You can say that you chose to go along with other people’s answers consciously, but in fact, it wasn’t what you truly wanted to do.

This is how we end up wearing magenta shirts far more often than we think we should. You might start with buying only one, but by the end of a year, you’ll probably have a closet full of magenta shirts just because it seems like the right thing to do to fit in. You want acceptance from the group to not appear “peculiar,” and you feel there’s a reason magenta is so prevalent, one you don’t quite know yet.

We take cues on how to behave and think from other people, especially if it’s a situation that is foreign to us. For instance, if you show up at a fancy ball, you would look to how other people bow, stand, and interact so you can calibrate your own behavior. Where this takes a deviation into clarity of thought is where you go directly against what you know to be true just to conform. Asch’s experiment was one instance where a clearly correct answer was passed over, showing the true power of peer pressure and social influence.