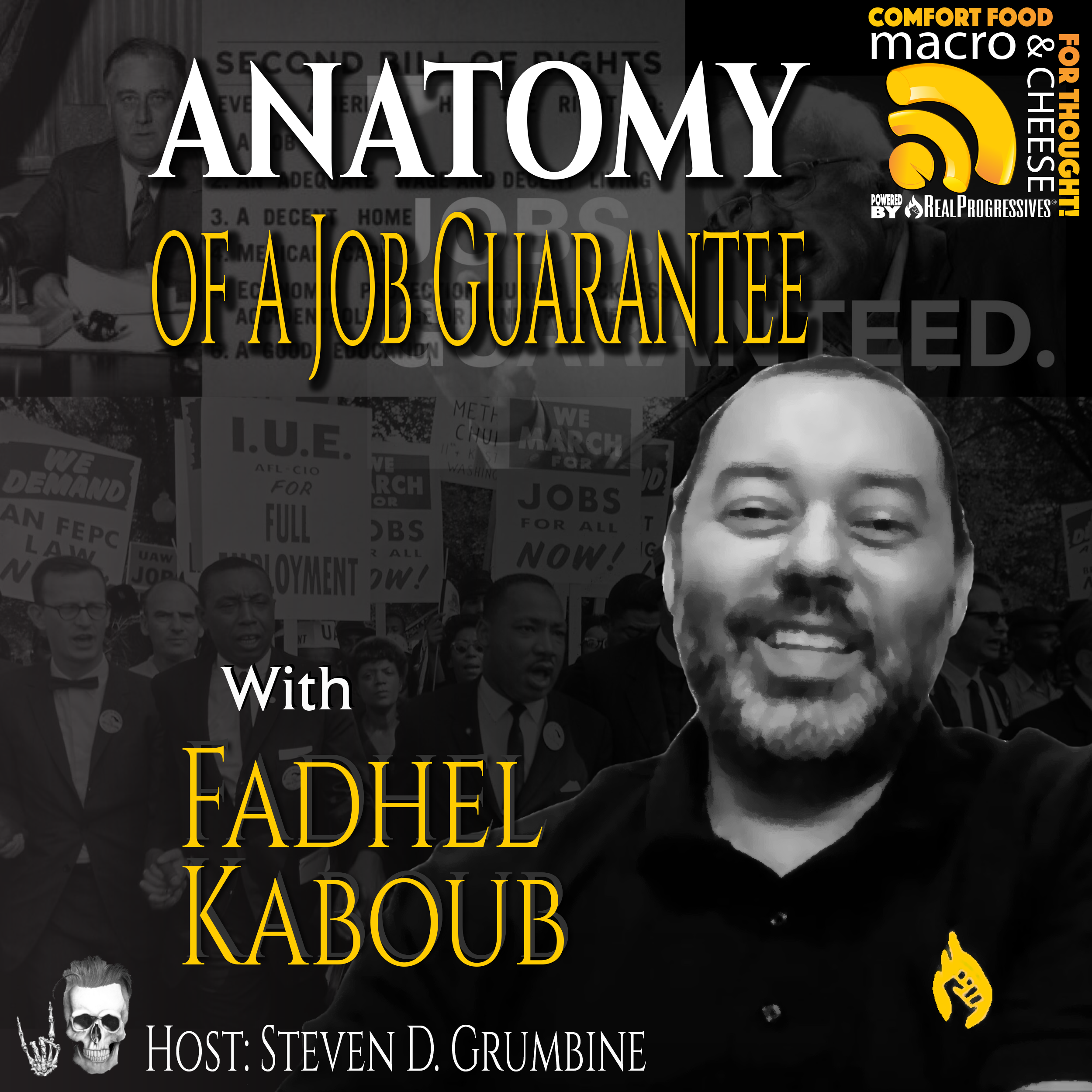 What can we say about the job guarantee that hasn’t already been said?  Quite a bit, actually, as you’ll see in this and upcoming episodes.

This week Fadhel Kaboub is talking to a mellower Steve, fresh from the hospital and still on the mend from Covid19. Fadhel begins with the reality that capitalism is a brutal system that constantly leaves people behind. It’s driven by technological change, and as this develops, we require some workers with new skill sets, while others are rendered virtually obsolete. We don’t have an existing system bringing them into the new technology.

We count on individual workers to do this on their own, to somehow anticipate technological change, take time and money from their own budget, so to speak, to invest in learning new skills that will be useful for this new industry that doesn't exist yet and somehow be ready to go to transition to those new jobs. And those jobs sometimes are in a different location. Sometimes they're completely in a different country, a different part of the world. So that is the absurdity of the system that we leave this up to individuals to struggle.

A job guarantee will treat training and education as part of the job. Advancing technology tends to be more capital intensive, requiring a smaller workforce. What do we do with all the surplus labor? Fadhel explains why it’s not enough to provide a basic safety net, such as healthcare and social services, though they are desperately required as well. Work is more than an income, with well-proven benefits to individuals and families beyond the paycheck. JG advocates like Pavlina Tcherneva and Fadhel speak of a “care economy” of the most valuable work from a broader human and social perspective. Fadhel says it’s “a social, economic and political consensus, a social contract that doesn't throw people under the bus as the economy changes over time.”

Steve asks Fadhel about the job guarantee in a mixed economy and command economy. They discuss workers’ co-ops and the aversion, from some on the left, to state control. Fadhel reminds us the JG talks about federal funding. Everything else, from job creation to implementation and management, is done at the local level through a participatory democracy model.

Some tricky questions arise. Who defines local?  Is it state, municipal, county?

How many grassroots voices do we have in the decision-making process? Is all the money going to go to the same city council officials who will hand out these contracts to the same developers who exclude minority groups from access to jobs, who always invest in the wealthier part of town? So those are important details so that we don't end up feeding the system and recreating the same problem. So grassroots participation, community participation is important. It can't be just symbolic.

Fadhel talks about the role of nonprofit organizations, which are important not only because they are existing organizations we don’t need to invent or create from scratch. They’re also in touch with the people who need the most services, so are in the best position to speak to what will benefit them.

The interview covers the UBI, with enough information to handle any debate. Fadhel explains the meaning of “buffer stock,” with examples of how economists normally use the term. He reveals the real reason UBI is being heavily promoted by Silicon Valley.

Steve and Fadhel look at the need for independent media like Real Progressives. Democracy without a fourth estate is not a democracy. The privatization and monopolization of the media over the past 40 years has served to destroy local journalism, meaning we don’t have full-time reporters covering local news, city councils, how the money is spent.

This episode covers much more than can be described here. You’ll just have to listen for yourself.