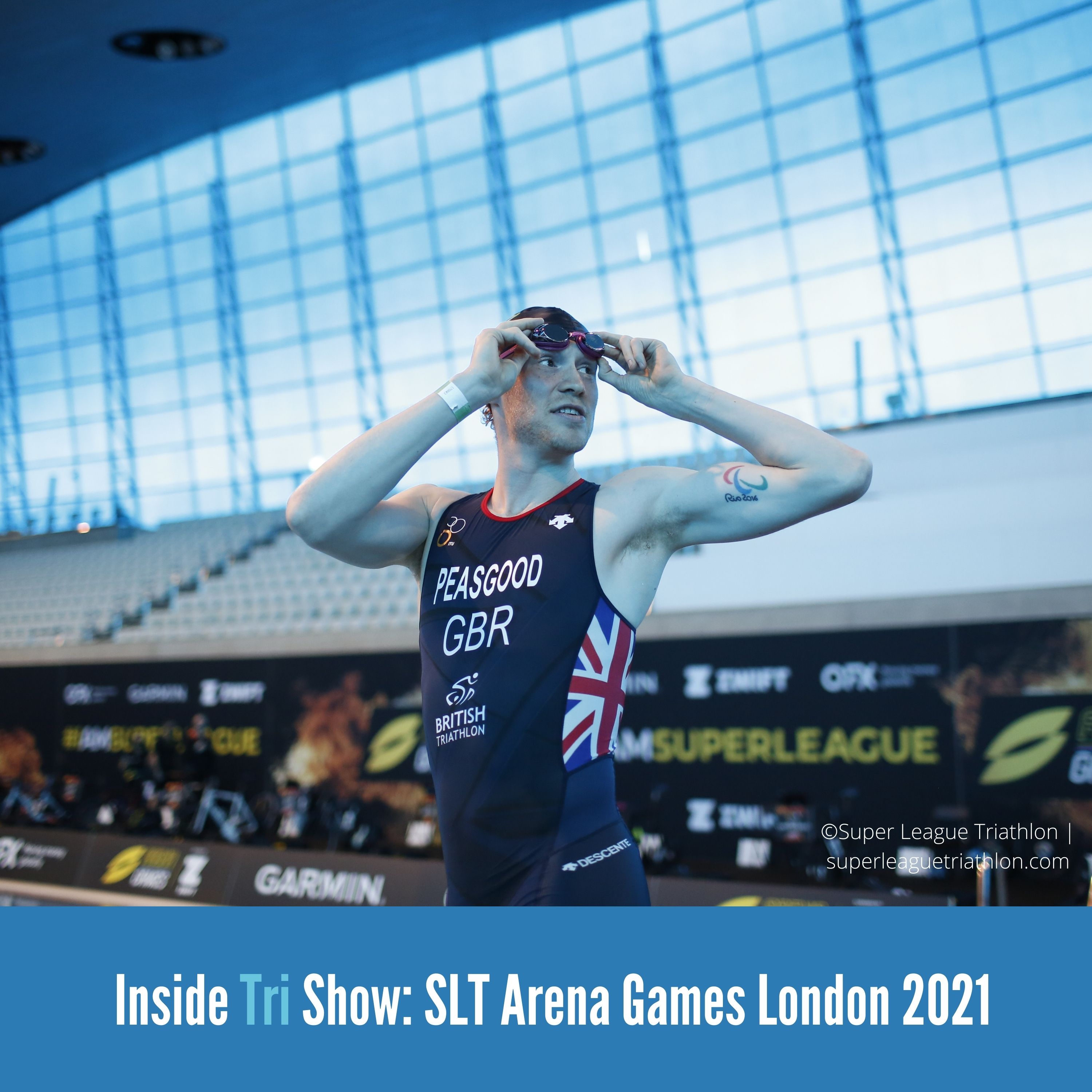 This week, we bring you post-race interviews from Super League Triathlon's Arena Games London 2021. It's fast and furious racing, mixing a pool swim with virtual cycling and running through Zwift. A massive thank you to the Super League Triathlon team for helping to make this episode happen.

24:54 Women's winner Beth Potter who represented Team GB in the 10,000m on the track at the Rio Olympics, before quitting her job as a teacher and switching to triathlon. She was 2019 European triathlon Champion.

12:09 Lucy Charles-Barclay in her first ever short course distance race. She finished in 2nd place, behind Potter.

06:26 Professional long distance athlete Ruth Astle who was making her first appearance in a Super League event. She trains alongside Beth Potter in Leeds.

And for the first time ever paratriathletes had the opportunity to race at a Super League Triathlon event. For many of the British contingent, it was their first race in 18 months as they prepare for the Tokyo Paralympics.

39:32 as well as their teammate George Peasgood

Find out more about this week's episode

Sign up to be a vino buddy or a training buddy on Patreon and get your hands on the latest patrons-only exclusive episode, including a full interview with Luke Grenfell Shaw and a blast from the past - the first ever interview I did with Chrissie Wellington back in 2009!

Komfuel - Like a pic' n mix of sports nutrition through your letterbox! Listeners can get 20% off all orders or advance sweat tests using the code: INSIDETRI at www.komfuel.co.uk

Head over to Helen's website to find out more about her.