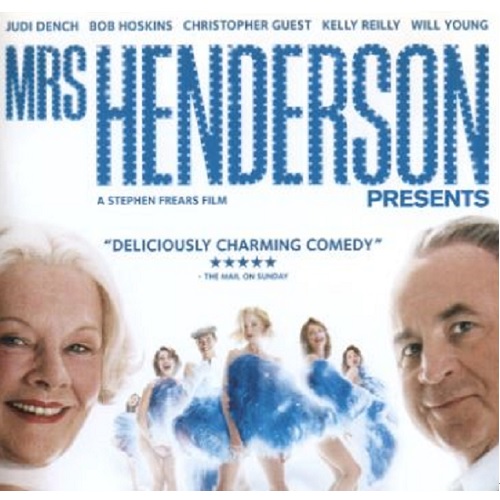 This is the first of three episodes dedicated to films about the Windmill Theatre. For this first one, Dom met up with actor and Sohoite, Mike Warburton to discuss Mrs Henderson Presents. The film is directed by Stephen Frears and stars Dame Judi Dench in the title role along side Bob Hoskins as Vivian van Damm – the legendary producer at this legendary venue. An important piece of historical story-telling or nostalgic flim-flam? Or both?

The Windmill’s most famous asset was its Windmill Girls, who danced, sang and occasionally posed motionless in the nude. To start the programme, we have the first part of a three-part interview with Jill Millard Shapiro, who was a Windmill Girl for four years.

Jill talks about the early days of the Windmill and how it ran from day-to-day, mounting six shows a day, six days a week, 52 weeks a year. And no, it was not striptease.

Fascinating short pathe film featuring some Windmill girls.  Jill is the one wearing pink on the left.

The founder of Soho Bites, Dr Jingan Young, has launched a new research project. Find out all about it on the Cities in Cinema website and follow the project on Twitter.