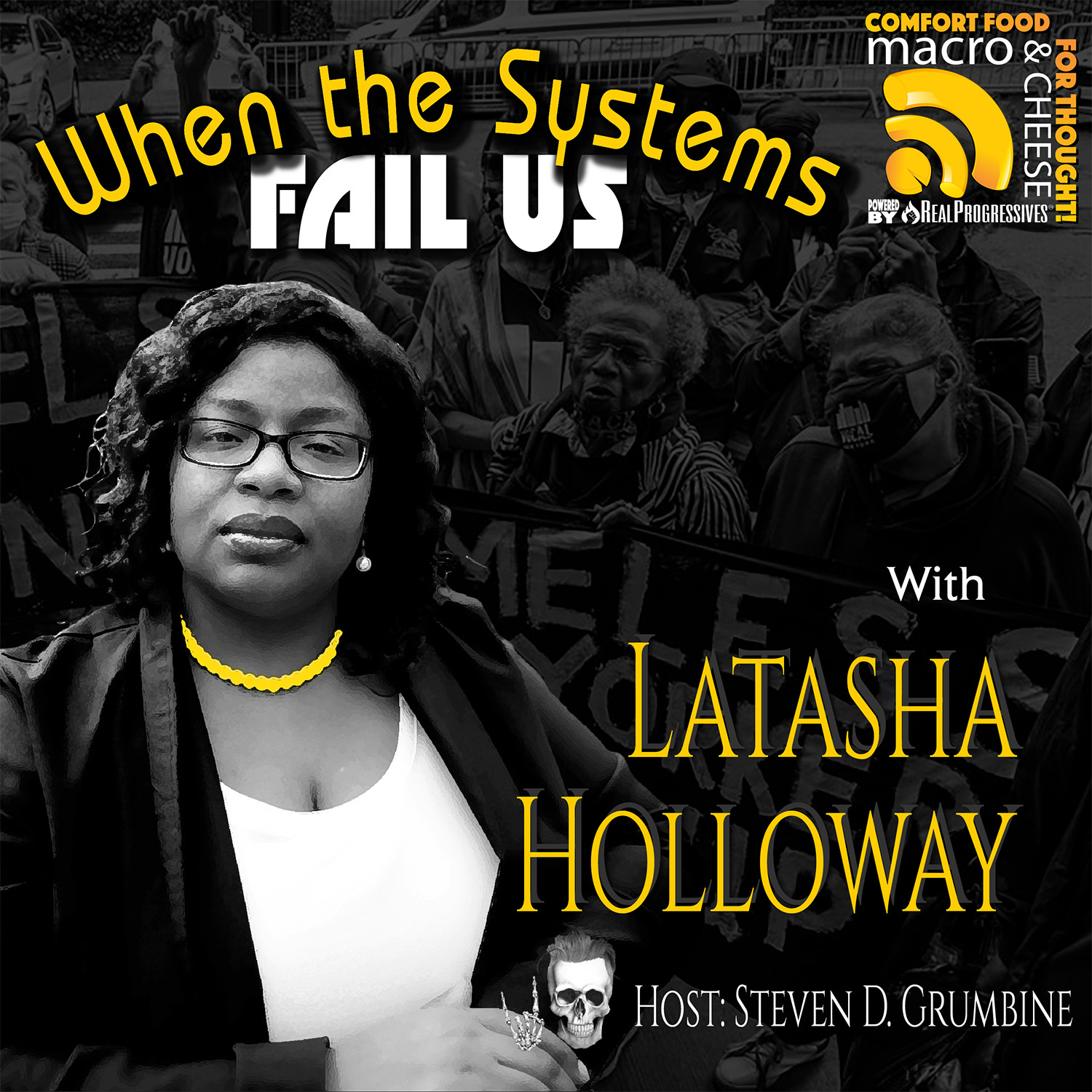 **Every episode of Macro N Cheese is accompanied by a full transcript and an “Extras” page of additional resources. Find them at realprogressives.org/macro-n-cheese-podcast/

This week Steve interviews Latasha Holloway, who is running for Congress in Virginia’s Third District. What makes the episode unusual is the fact that there’s very little campaign talk, except in connection with her legal battle against the Commonwealth. Listening to her story, it's easy to see why she’s running for office. The circumstances of her life left her little choice.

Latasha’s family history is one of multi-generational poverty with the collateral trauma connected to it (but often overlooked) and the failure of systems that could - and should – have provided assistance. Although she was ultimately able to break the cycle of poverty, the systemic failure continued to plague her and her children, two of whom were adopted and have special needs.

Navigating the educational system, the health department, the foster care system, and the Veterans Administration, among others, led to her determination to run for office – at which point she learned about Virginia’s twisted electoral laws.