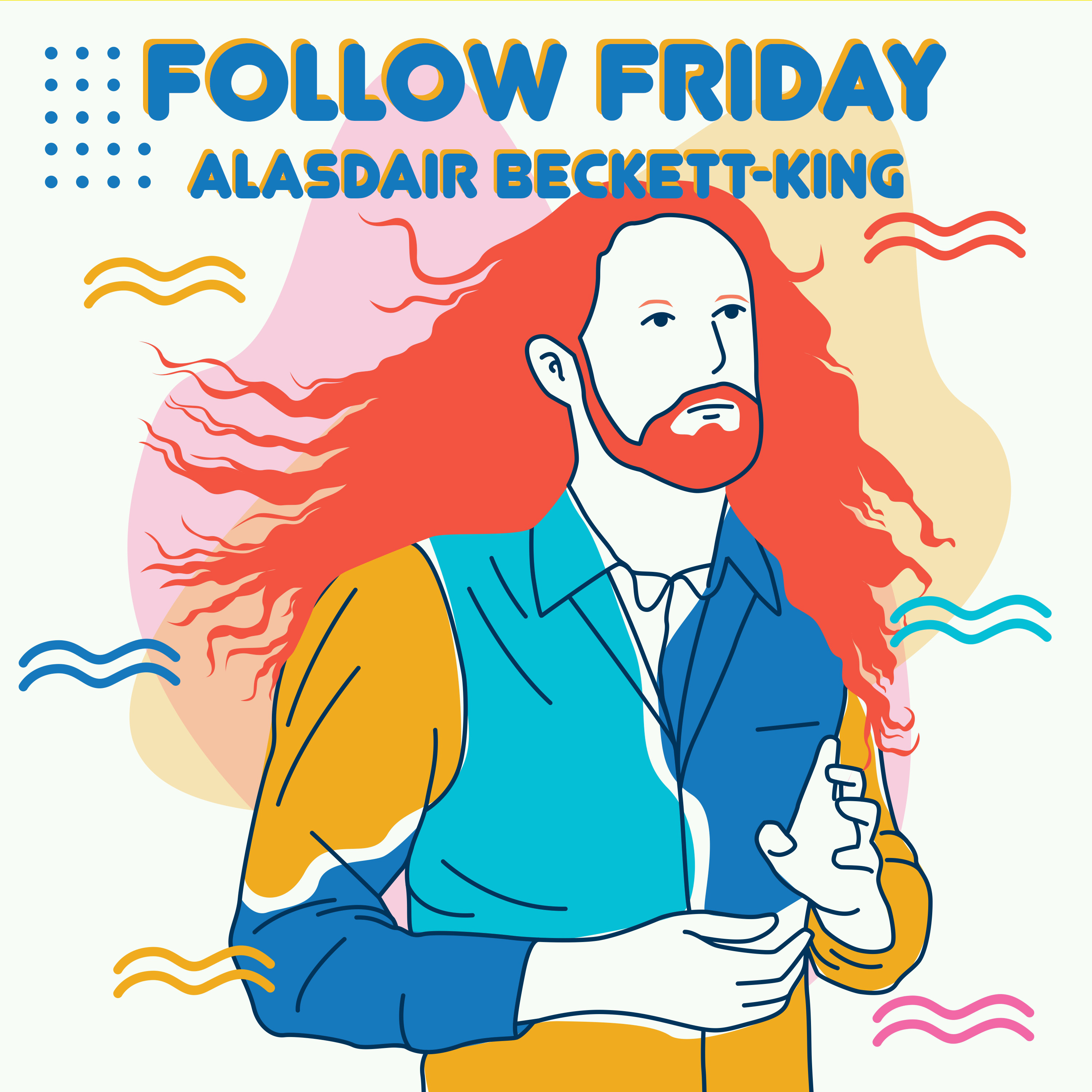 Back us on Patreon: Patreon.com/followfriday

"One of my principles is that putting too much effort into things makes them funnier."

So says Alasdair Beckett-King, an award-winning comedian whose videos on YouTube and Twitter have repeatedly gone viral over the past year. They include parodies of Star Trek, spooky podcasts, and "every single Scandinavian crime drama," but Beckett-King is constantly trying new things — sometimes for practical reasons.

"People keep saying, 'When are you doing Captain Picard again?'" he says on today's Follow Friday. "And I'm like, 'I'm not!' Because it took ages to do the bald head, and you've seen it now."

On this episode, he talks about a fellow British comic who he looked up to when he was just getting started; his complicated feelings about people who reply to his tweets; an erstwhile Vine star who perfected short-form video jokes; and an Australian comedian who combines perfect timing with paper puppets.

You can get a fifth follow recommendation from Alasdair — as well as our past and future guests — when you back Follow Friday on Patreon, starting at just $1 a month.