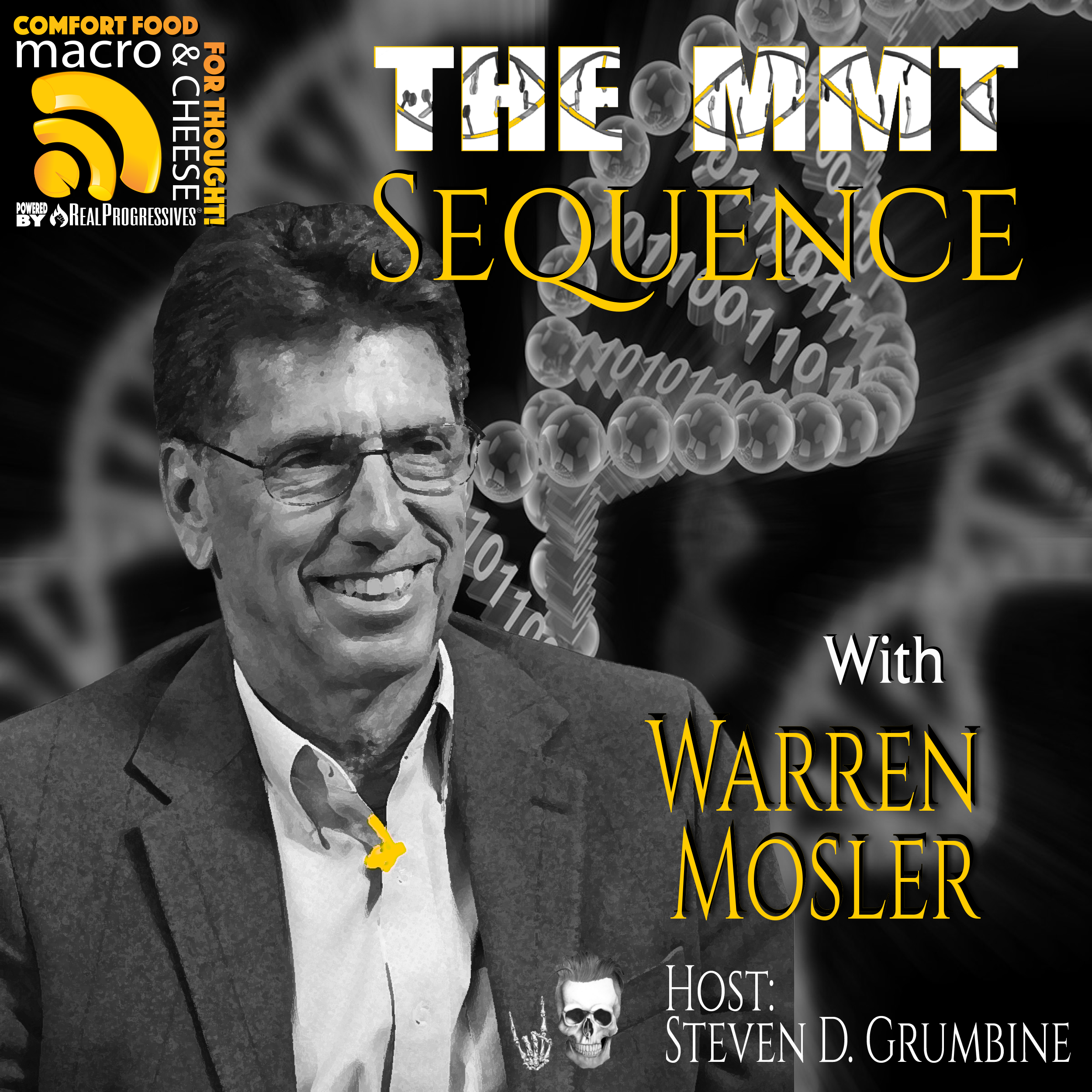 Talking to Warren Mosler reminds us just how far MMT has come since the days he traveled from conference to conference, peddling his intellectual wares. Well, they no longer laugh at Mosler Economics, AKA Modern Monetary Theory. It’s a well-known part of MMT history that Stephanie Kelton, fresh out of grad school, set out to disprove his assertions, point by point, and ended up making MMT her life’s work. Today, in Warren’s view, she’s arguably the most influential economist in the world, because all of the powerful economic advisors have read The Deficit Myth. Of course, he gives credit to Randy Wray, Bill Mitchell, Mat Forstater, and those who came after, but, he says, her book saved the world.

That we get this deficit spending is just great, you know, that we've had recently. You could say MMT has saved the world. Whether it knows it or not. There's no way they would have done three trillion and now talking another two trillion. And there hasn't been a single mention of a tax.

In this first episode of a two-part interview, Steve decided it’s a good time to revisit the money story. This podcast always has new listeners and, for those also new to MMT, who better to go to than Warren Mosler for the money story? If you haven’t heard how he flummoxed a tour guide in Pompeii, you’re in for a treat. To further illustrate the order of operations, he includes the tale of British colonists in Africa, imposing a hut tax in order to create - or coerce - a labor force for their coffee plantations.

Talking to Warren brings to light some of the differences among MMT proponents. They seem to be pretty much in agreement on the facts or core principles, although you might say proposals for the federal job guarantee are a significant departure from his “employer of last resort”. For the most part, however, Warren only expresses frustration with choices of emphasis, especially when it comes to the Fed’s inadequate analysis of some basics, like the rate of inflation.

What the Fed doesn’t grasp is when they set interest rates, they are setting the inflation rate for the economy.

Throughout the interview, Warren details some of the most significant contributions of MMT, including a tax liability’s function, the national debt, and the cause of unemployment. He explains that the Fed’s use of “easing” (lowering rates) and “tightening” (raising rates) are exactly backwards. Even those who don’t understand the Federal Reserve’s operations should be able to see that when they raise interest rates, it’s mainly a boost of interest to the wealthy. Warren calls it a “basic income” for people who already have money.

Warren Mosler is an American economist and theorist, and one of the leading voices in the field of Modern Monetary Theory (MMT). Presently, Warren resides on St. Croix, US Virgin Islands, where he owns and operates Valance Co., Inc. He is the author of “The Seven Deadly Innocent Frauds of Economic Policy” and “Soft Currency Economics,” which are available on his website.