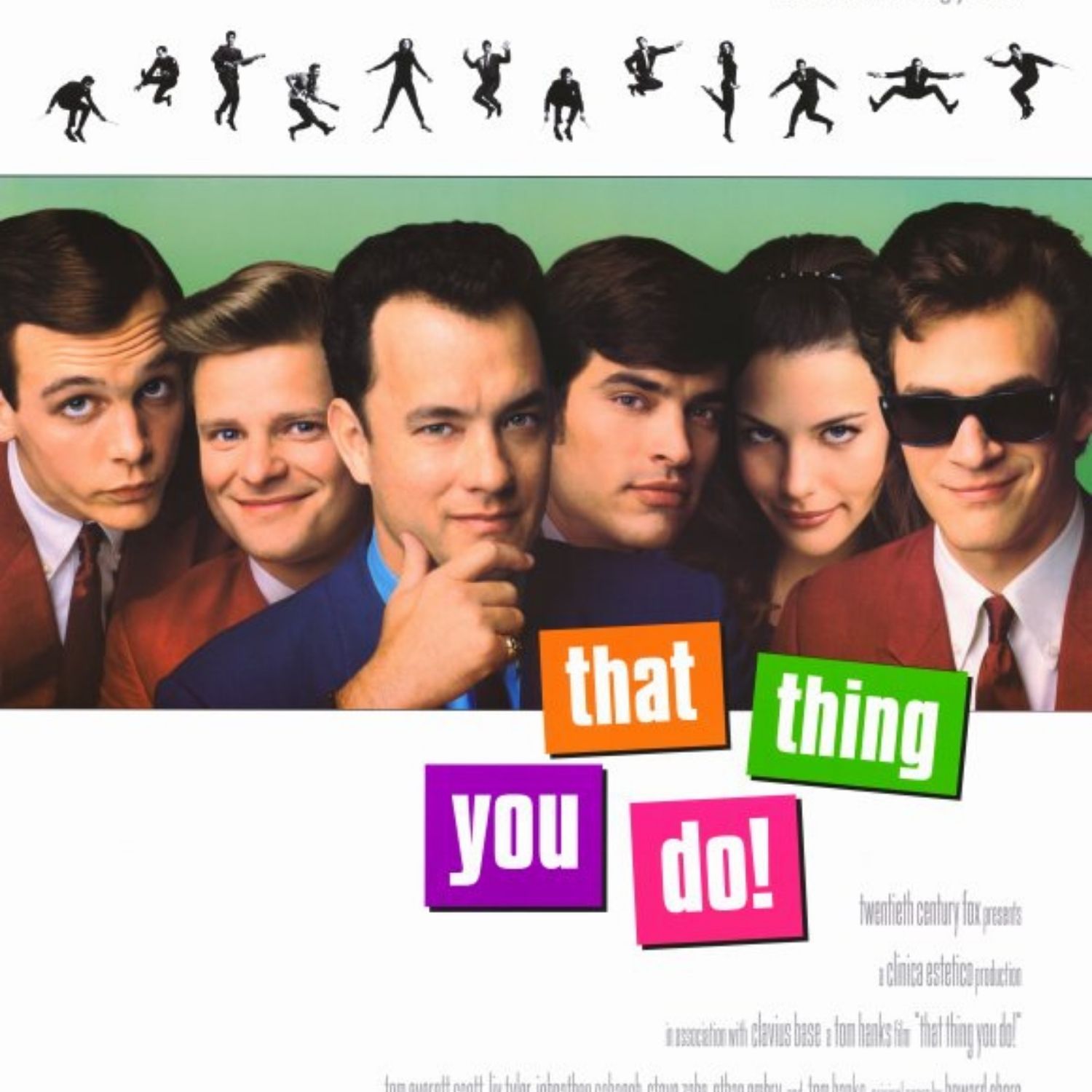 Everyone's favourite movie uncle Tom Hanks isn't as known for his directorial or screenwriting career, as he is for his many Oscar-winning acting roles. That Thing You Do! was his first foray into both directing and writing, and boy does he knock it out of the park with this.

It's a charming, sweet, nostalgic tale of Erie, PA teenagers Guy, Jimmy, Lenny and Tobias (the retrospectively named bass player!). They are the Oneders, and they enter a talent competition with a ballad written by Jimmy and Lenny, but that replacement drummer Guy ups the tempo on, causing everyone to want to dance along.

The Oneders, renamed The Wonders, along with Jimmy's girlfriend Faye, go on a whirlwind of musical success, but the music industry is not a forgiving master, and like many real life bands, the Wonders become one-hit wonders.

It could easily be a cautionary tale, but it's just so joyous and charming, invoking an era of timelessness, recalling the bygone days of Americana, the British Invasion that started with The Beatles, as well as the politics of the music industry, with an earworm of a theme song that might even be better than the theme song of this podcast. This was a passion project for Tom Hanks, and you can tell. It oozes careful thought, and the level of behind the scenes talent working on this movie belies Hanks' inexperience behind the screen.

Everything about this movie is, excuse the pun, wonderful. Liv Tyler has beautiful hair, and RIP Adam Schlesinger.

I would love to hear your thoughts on That Thing You Do!

Laurel from The Midnight Myth for her Patron thoughts. You can find her @TheMidnightMyth on Twitter