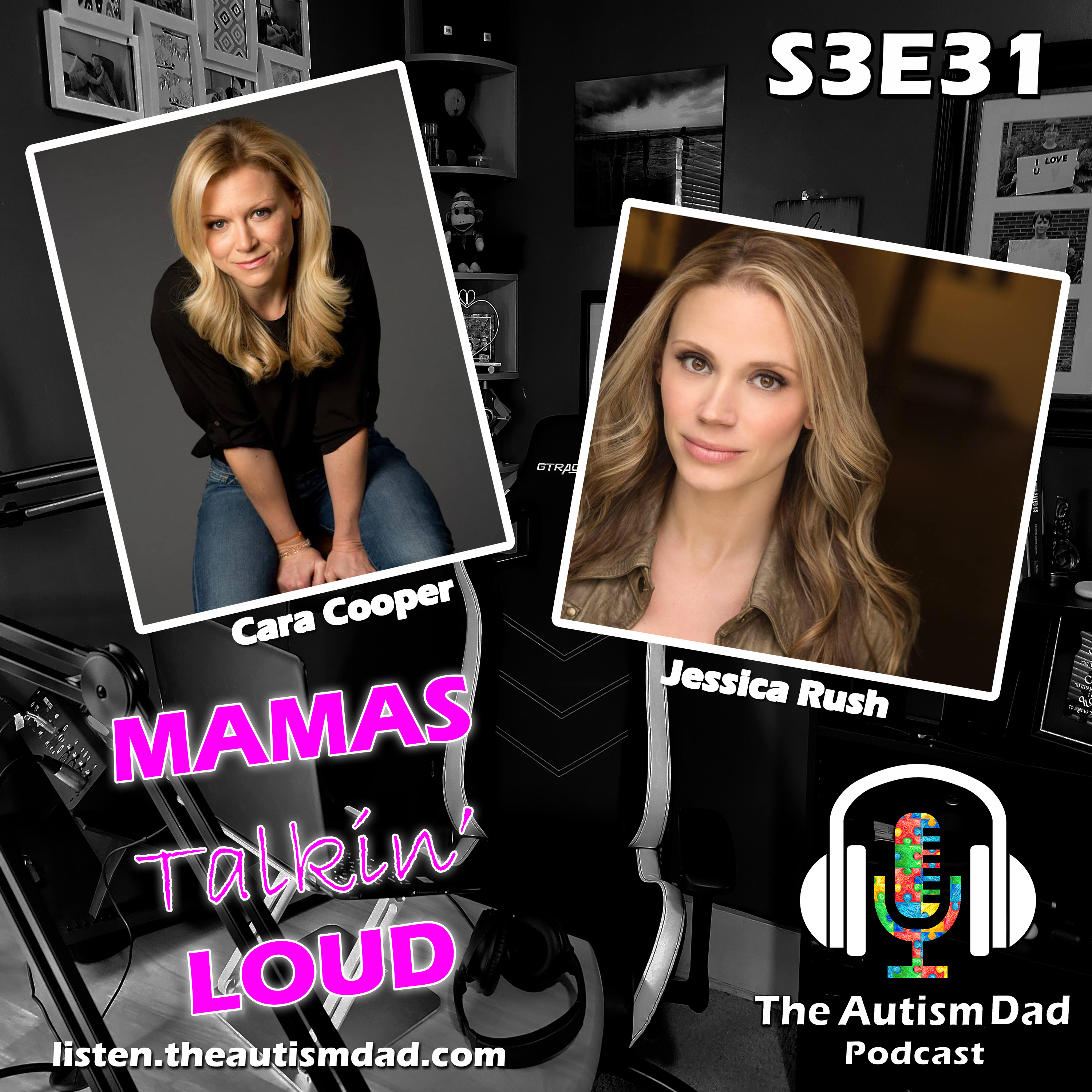 I'm so excited to bring you this episode. My guests today are Cara Cooper and Jessica Rush. They're both Broadway Moms and they're here to talk about motherhood, parenting, their podcast (MAMAS Talkin' LOUD), balancing careers on Broadway and family, as well as how their lives have been impacted by COVID-19. Cara is a special needs mom and we talk about that journey as well.

Cara and Jessica are absolutely hilarious and I encourage you all to check out their podcast, MAMAS Talkin' LOUD. It's a trip. :-)

This is a fantastic conversation and I'm thrilled to bring it to you all.

CARA COOPER is an actress most recently on Broadway in the critically acclaimed musical The Prom. Prior to that, she was the longest running Mary Delgado in the Broadway company of Jersey Boys. During her run in JB, she had not one, but two babies. She lives in New Jersey with her husband, Graham Bowen, and the aforementioned babies, Elin and Finn (who are no longer babies). Before kids, her Broadway career included the original companies of Elf, The Wedding Singer, All Shook Up, Urban Cowboy, replacing in Legally Blonde, and waking up for a matinee at 10am… She has appeared on Showtime’s "City on a Hill" and in the films Adult Beginners and The Great Gilly Hopkins (both of which she shot while pumping in the trailer). As the mother of a child with special needs (her daughter is autistic) she is keenly aware of the specific challenges of raising children of different ‘abilities’ and fights for this community of warrior parents to feel seen and supported. She is the co-founder of Broadway Baby Mamas and keeps her sanity with equal parts exercise, wine and tortilla chips.

JESSICA RUSH is a mom, wife and award-winning actress currently seen as Rhonda in the original Broadway company of Tina: The Tina Turner Musical. She most recently completed a successful run in Broadway's Dear Evan Hansen, where she stood by for both Cynthia Murphy and Heidi Hansen. Last season she originated the role of Joyce Bogart in Summer: The Donna Summer Musical. Jessica had the honor of closing the Broadway run of Jersey Boys as the longest running Lorraine, and prior to that, appeared in Guys and Dolls and was the stand by for Laura Benanti in Gypsy with Patti LuPone. Television credits include appearances on "Billions", "White Collar" and the award-winning web series “Then We Got Help”. She was the recipient of the Joseph Jefferson Award for her portrayal of Louise in Gypsy at Chicago Shakespeare Theatre, and is co-founder of the Broadway Baby Mamas. Ms. Rush enjoys a charcuterie board, rosé, pumpkin spice, and all things basic, while raising her voice in the fight for awareness and equality. She is married to actor Eric Anderson, and mom to their daughter, Elliot.

The Podcast Is Available on Apple/iTunes, Spotify, Stitcher, iHeart, TuneIn, Deezer, Player.FM, Pocket Cast, Podcast Addict and everywhere else you listen to podcasts.

All my information and relevant links are here

This episode is sponsored by Mightier. Mightier is an amazing program out of Harvard Medical and Boston Children’s. It uses video games to teach kids to emotionally self-regulate. Visit theautismdad.com/mightier and find out more information, including how to get a free 30-day trial.

This episode is also brought to you by Hero Health. HERO is a smart automatic pill dispenser that dramatically improves medication management and compliance. Learn more at theautismdad.com/hero and use code "theautismdad50" to save $50.