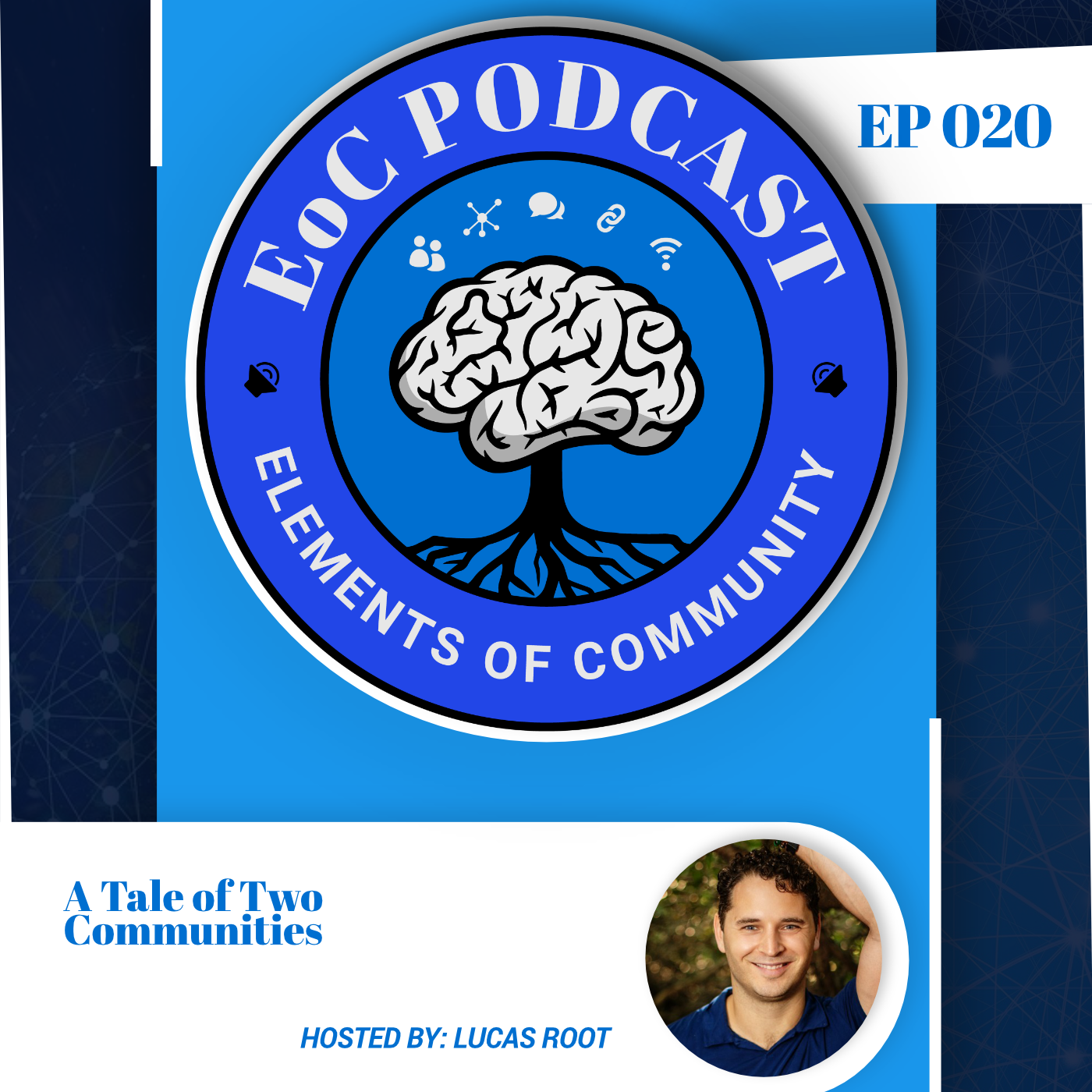 Listen to Elements of Community today as Lucas Root talks about a tale of two communities; one is a real story and the other is an idealized version of an alternate universe with a different result.

A Moment of Relative Glory

Several years into our marriage, we bought a house in New Jersey, moved in, threw a party, and bought new furniture. We were very delighted.

After about six months of living there, our health had been steadily declining. We were seeking experts to help us understand what was going on with our health, which suggested it probably was environmental.

We went to all of the top environmental doctors in the New York and New Jersey area. On the other end of it, we had received diagnoses like, you are addicted to heroin, you have the metabolism of a 90-year-old man, and you obviously have brain issues. None of those were accurate or useful in the sense that they told us where we were at that moment, but didn't help us arrive at a solution to that problem.

It took us another month or two to self-diagnose the problem, which we did mostly by accident. It was a diagnosis of elimination, that leaves us with only one thing. If it’s environmental, the only way to test it is to go on a vacation.

My wife and I went on an extended vacation in San Diego and within two days, without making any other meaningful changes in our life, we started to feel better. By the end of the first week, we knew leaving our home  was the right thing to do or at least something about it was.

We then went back to New Jersey, going back to the place where environmentally, we felt we were putting ourselves in harm's way, and in fact, in hindsight, that was correct. We also went back to those same specialists and shared with them our observations, our reasoning, our logic, and our approach, then asked them to help us solve it.

Those same specialists said the same thing they had the first time around. Needless to say, we fired our doctors, left the house, lost our jobs, and spent the next year trying to recover.

It was devastating. We lost an enormous amount of money, lost money and equity in our house, and lost the down payment. The bank foreclosed. We spent money on Airbnbs because we couldn't even rent an apartment with a recent foreclosure on our records. We spent money on doctors. We spent money on food, and neither one of us was able to work or earn a living.

A year later, I was finally in a position where I could land a job and start the business I now run. We were not in the house anymore. Our brains were starting to turn back on. We were starting to be able to be some sort of real human, and the entire problem was a hidden black mold we could not see in the house we had purchased and moved into. As I mentioned, what should have been a moment of glory, a moment of wonderful happiness, a moment of stepping into truly what we thought of as the American dream was instead, us stepping into our own nightmare.