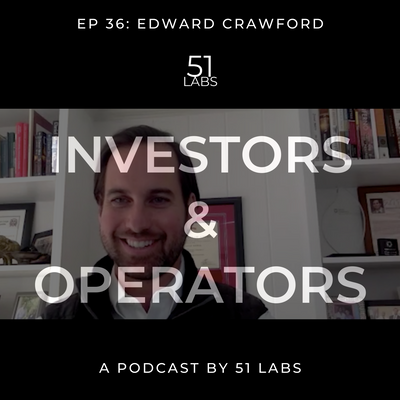 Edward Crawford is a mission-focused entrepreneur, public servant, conscious capitalist and Investor. He is the Co-Founder and President of Coltala Holdings – a purpose-driven holding company and a voice in the Conscious Capitalism and Kaizen movements. As a business owner, he is responsible for a diversified group of global companies. As a Peace Corps Volunteer in the Dominican Republic, he founded and grew “CoopCafeSur” – a coffee cooperative to more than 200 coffee farmers. As a US Naval Intelligence Officer, he served with Special Operations Command South in Latin America and later served as Tribal and Political Adviser for SEAL Teams Two & Four, Operation Enduring Freedom, Afghanistan. Prior to founding Coltala Holdings, He was a Vice President at Goldman Sachs where he advised company founders and CEOs. He co-led national capital and acquisitions activities for InvestRes growing to over 400 employees and $1billion under management. He currently serves as a trustee on the Business School Council at Tulane University, is a Lifetime Member of Veterans of Foreign Wars and a term member of the Council on Foreign Relations.