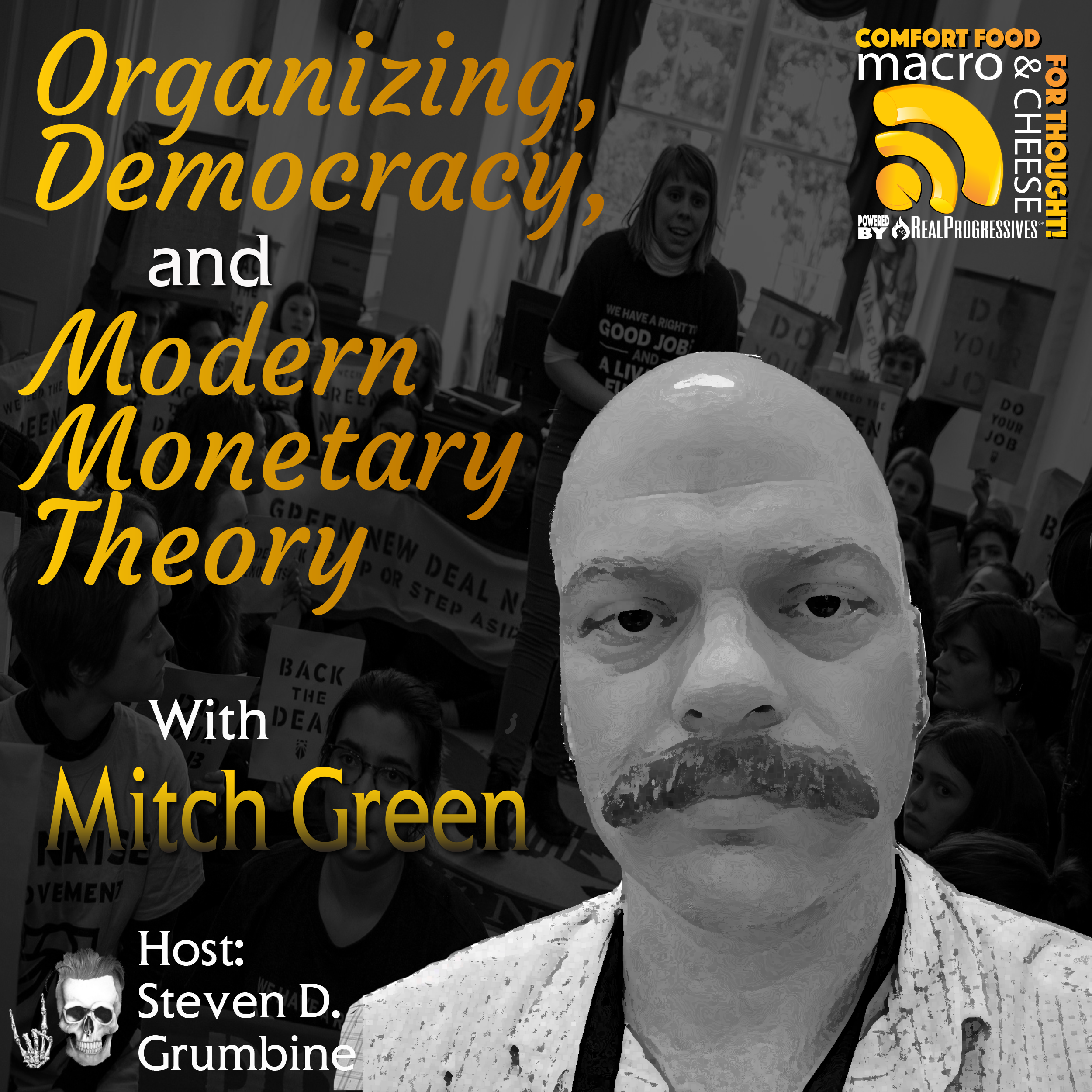 Mitch Green joins host Steve Grumbine to talk about his work with Democratic Socialists of America in Portland, OR, and the role Modern Monetary Theory can play in DSA.

As an eco-socialist, Mitch’s focus is on the climate crisis, and as an economist, he uses MMT to answer the ubiquitous question concerning solutions: “how will you pay for it?” Even when people are not open to accepting MMT, he finds it effective to simply ask them the price of continuing to live like this. The standard posture is to simply “tax the rich” but given the political climate, that probably won’t fly. So, what should we do? The clock is ticking. If we consider the costs of catastrophe, even standard cost-benefit analysis will tell us we must act and take what he refers to as a moon-shot approach, opening up the spigot of federal money creation. None of this is to say we shouldn’t tax the rich. But we need not rely on their money to implement the necessary policies. We can apply the levers of the state. People can be taught that the laws of economics are not immutable; they are social phenomena -- of human creation.

Mitch sees the Green New Deal as something bigger and bolder than any list of traditional policy objectives. It is a bold statement that says we want to change every aspect of our society. It takes the threat of ecological collapse and uses it as a way to galvanize many interests into one organized body of action. The GND is an opportunity to change how, where, and for whom we produce things, irrespective of financial price tag. We’ll do it in such a way that protects and respects the people who are immediately affected by the transition.

When Steve asks him about the challenges we face, Mitch talks about the need to get money out of politics. (Fans of this podcast may remember Scott Ferguson insisting that we only need to get private money out of politics and, in fact, should have an injection of public money into the process!) The truth is that most Americans don’t “do” democracy very well. We must have a theory of democracy that understands power. If we’re naïve about power in politics we’ll be frustrated by the inability to change.

Mitch expresses optimism for the future. His experience working with DSA has shown that people have a proclivity for community and stewardship. Organizing with a rights-based framework is inspiring and powerful. We see that conservatives are animated by the fear of losing their rights, and while this is mainly concerned with their right to own guns, everyone wants the right to a dignified life. It is up to us to seize control of the narrative and tie it to the right to a job, a clean environment, health care and housing. This is where our power stems from.

The discussion goes into the difference between micro and macroeconomics. They talk about Steve’s view of the job guarantee as a democracy enhancer. And they go into greater detail about the possibilities arising from the Green New Deal.

Mitch Green is a Research Scholar at the Global Institute for Sustainable Prosperity. He has taught courses in political economy, economic statistics and applied microeconomics at Franklin & Marshall College and currently moonlights as an adjunct economics instructor at Portland Community College.