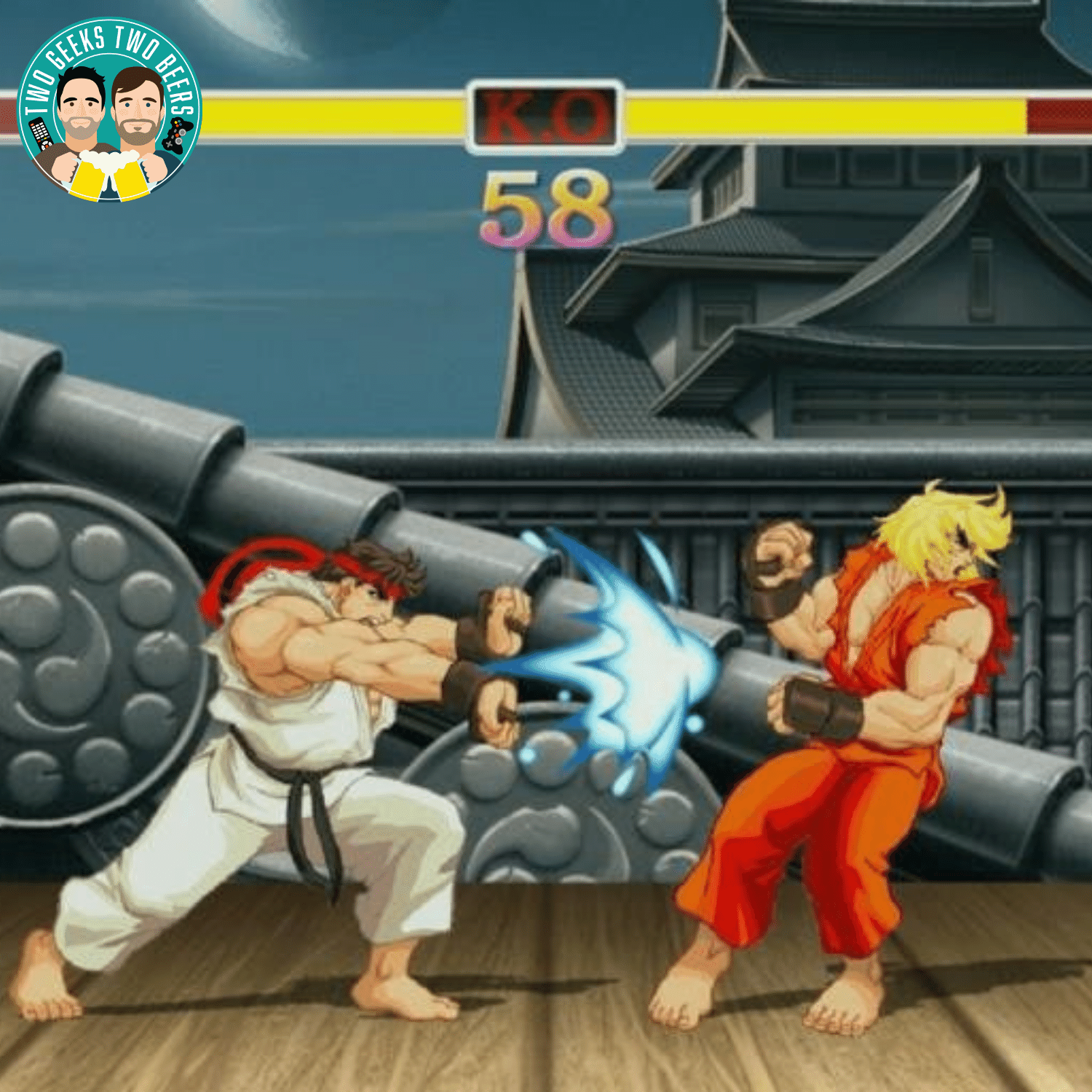 30 years on, Morgan teaches Tom all about the Street Fighter franchise, particularly one of his favourite games growing up, the groundbreaking Street Fighter II.

It’s now hailed as one of the greatest video games of all time, inspiring copycats like Mortal Kombat and the combat mechanics in games like Streets of Rage 2.

In the episode, Tom shows his lack of geek cred by describing combos as ‘routines’ (and has a biting controller problem), the boys ponder why the characters feel the need to shout out their signature move, and we look at how a certain typo led to a cult figure.

We also look back at the genuinely brilliant Street Fighter II animated movie, and the… not so great live-action film starring Jean Claude Van Damme and Kylie Minogue.