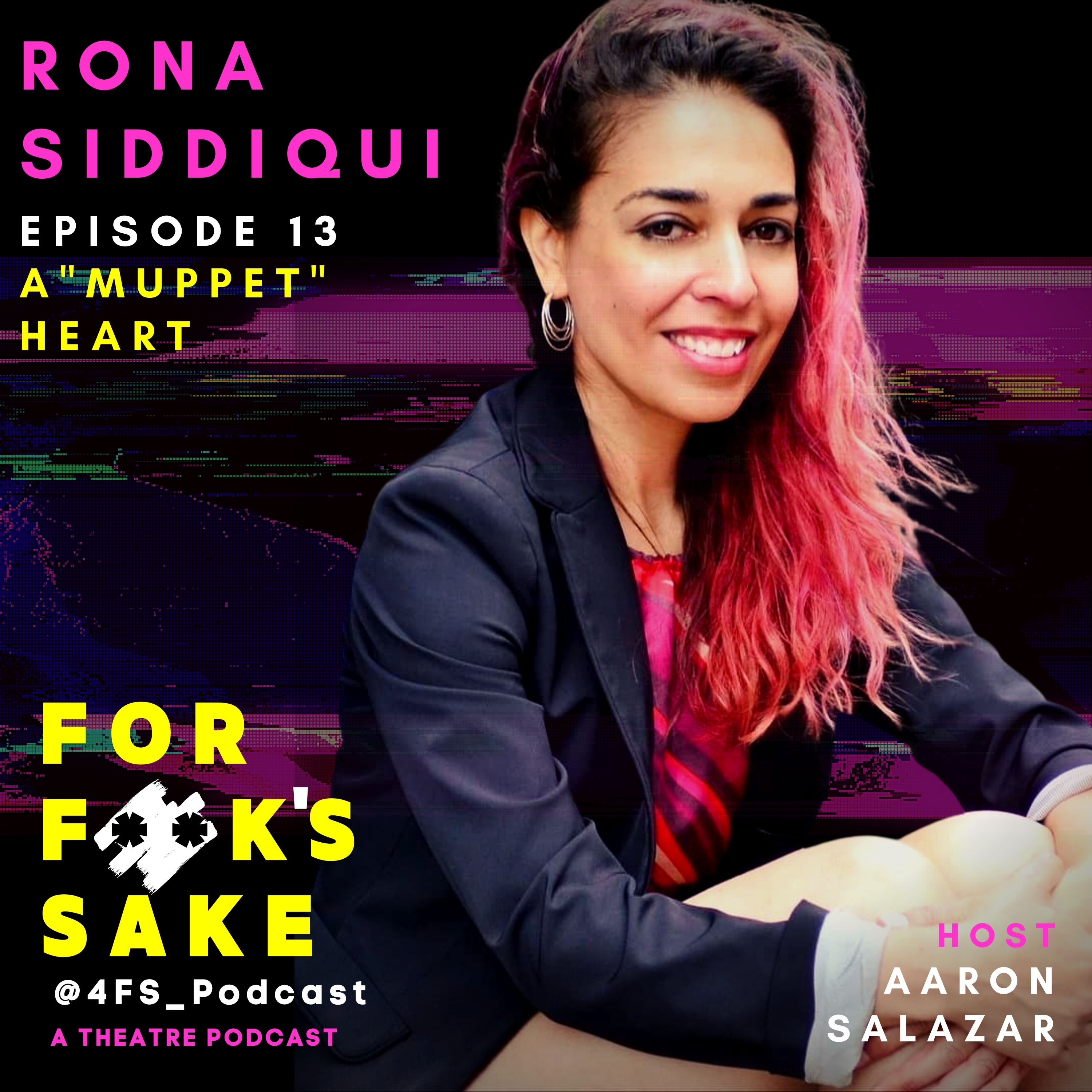 And we're back! And better than ever with our October Guest Co-Host, the brilliant RONA SIDDIQUI; she is a composer/lyricist based in NYC. She is a recipient of the Jonathan Larson Grant and Billie Burke Ziegfeld awards. She was named one of Broadway Women's Fund's Women to Watch and is currently an MTF Maker. Her show Salaam Medina: Tales of a Halfghan, an autobiographical comedy about growing up bi-ethnic in America, had a reading at Playwrights Horizons (dir. by Raja Feather Kelly). Other musicals include One Good Day, The Tin, and Treasure in NYC. She is the recipient of the ASCAP Foundation Harold Adamson Lyric Award, Mary Rodgers/Lorenz Hart Award, and ASCAP Foundation/Max Dreyfus Scholarship. She has written pieces for Wicked's 16th-anniversary commemoration Flying Free, 24-Hour Musicals, Prospect Theater Company, The Civilians, NYC Gay Men's Chorus, and 52nd St Project. She has performed concerts of her work at The John F. Kennedy Center for the Performing Arts and Feinstein's/54 Below. Original scores include The Vagina Monologues, Middletown, and The Good Person of Szechuan. Rona music directed the Off-Broadway Pulitzer Prize-winning A Strange Loop, for which she received an Obie along with the cast and creative team (Playwrights Horizons), Bella: An American Tall Tale (Playwrights Horizons), and Who's Your Baghdaddy: Or How I Started the Iraq War (St. Lukes Theatre). She has orchestrated Broadway Records, Broadway Backwards, NAMT, and Pittsburgh Civic Light Opera. www.ronasiddiqui.com

Rona brings her light and laughter to kick off October with Host Aaron Salazar (Award Winning Theatre Director, Featured in the NY TIMES, Producing Artistic Director of Poseidon Theatre Company). We dive into everything from the current state of politics, self-love, the importance of finding your inner joy, and how comedy is key to Rona's storytelling style. This and so much more. Happy FALL!