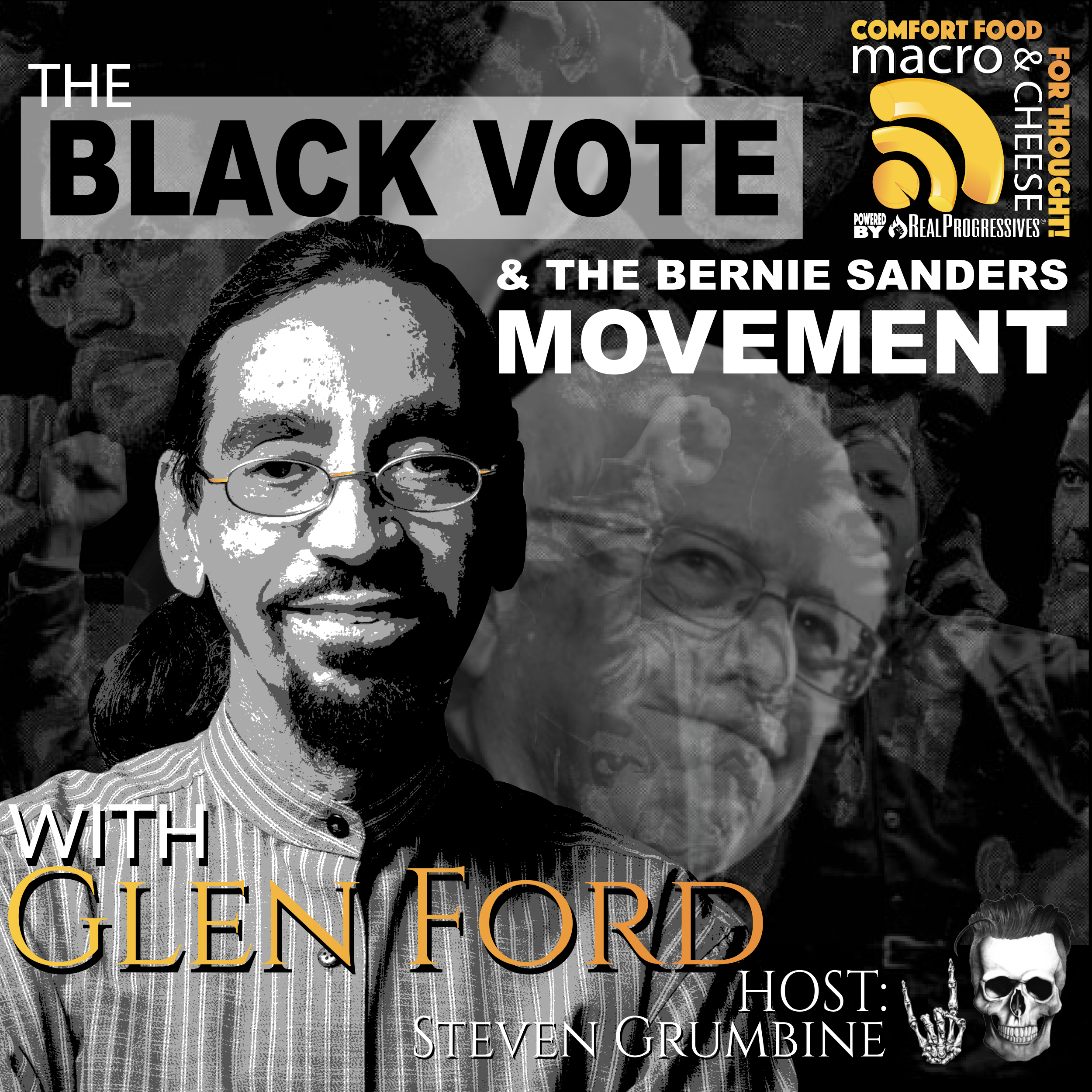 Recent presidential primary results have been disappointing for supporters of Bernie Sanders. The corporate media and mainstream pundits say that Bernie’s weakness is his failure to attract Black voters. Steve’s guest, Glen Ford, executive editor of Black Agenda Report, tells us that, in fact, Bernie’s agenda is quite popular among blacks, especially the younger generation. The problem lies elsewhere.

Our two-party system of governing reflects the realities of our capitalist and racist nation. One side of the duopoly is always the party of white supremacists -- the white man’s party -- which must be kept out of power. In the past the Democrats had been the white man’s party, switching roles in 1968.

For Black voters, the presidential primaries are about choosing the candidate who can defeat the Republican. Most Blacks understand Joe Biden’s culpability in the murder and mayhem caused by police in their communities. They know the part he played in the passing of the crime bill. Many would prefer a Sanders presidency, but they see that Biden has the support of the corporate media and the ruling class. Under capitalism, that means that Biden will be the nominee. The powerful elite will oppose Sanders; if he were to be nominated they would undermine his candidacy, making way for another term with the white man’s party in power.

Glen talks about the Blacks who hold elite positions within the Democratic party and serve as gate-keepers between the Black community and the corridors of power. He refers to them as the “mis-leadership” class, calling them a profoundly reactionary element within the community. Their fortunes are tied to the party establishment, making them unwilling to upset the status quo. Consider the effects of Representative Jim Clyburn’s endorsement of Biden prior to the S. Carolina primaries.

“We have two governance parties,” Glen says, “and both are capitalist.” People are pressured to fashion their politics accordingly.

Electoral politics can be important; politicians pass laws and enact programs. However, the duopoly serves as a cage for Black America because of the critical need to oppose the white man’s party. In fact, the duopoly suppresses all anti-corporate politics, making it difficult to build a left movement via the electoral route.

Glen and Steve look at the acute crisis in capitalism. Young people of all races know this, which is why they favor Bernie. The contradictions are evident all around them, as reality butts up against the false narrative of neoliberalism.

There has been a 40-year race to the bottom as wages, working conditions, and security are being systematically degraded by the oligarchy. The youth, especially, have no illusions about their bleak future under capitalism.

Without mentioning MMT, Glen is crystal clear on the reasons behind the shredding of the social safety net. It has nothing to do with affordability or budget deficits. Destroying social programs serve the capitalist class by creating desperation and precarity among the working class, so they will be forced to accept lower-quality jobs and paltry wages. They are deprived of all other options.

Bernie's platform is the antithesis of the race to the bottom -- universal childcare, a minimum wage, affordable housing, and national healthcare, all create conditions in which workers can turn down inadequate jobs. He has been the biggest threat to the ruling duopoly in the postwar era.

Glen has fascinating insights into the real reasons behind Mike Bloomberg’s recent candidacy. It had nothing to do with buying the presidency. Listen to the episode for more on this as well as the catch-22 in the handling of the coronavirus!

Glen Ford is the Founder and Executive Editor of Black Agenda Report.