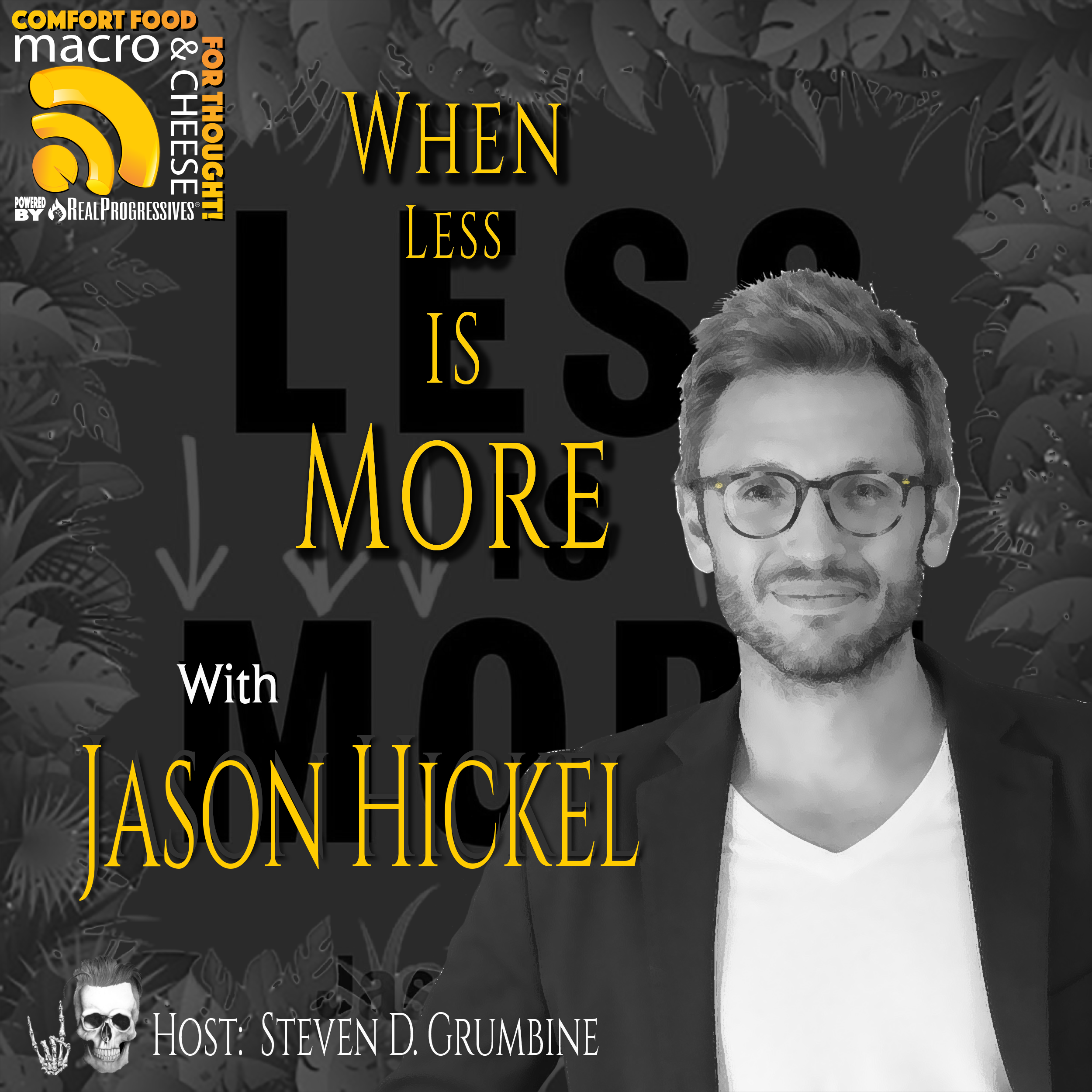 Steve’s guest, Dr. Jason Hickel, is an economic anthropologist whose research focuses on global inequality, political economy, post-development and ecological economics. After listening to this episode, “degrowth” will become part of your vocabulary. For MMTers, it is a natural fit.

Before unpacking the implications of degrowth, we need to understand how the language of growth has served to justify the exploitative ravages of capitalism and, to paraphrase Lenin, its highest stage – imperialism.

Jason tracks inequality between the global South and North from the industrial revolution and the colonial era to the present day. You don’t need to be an economic historian to see that growth in the north relied on forms of appropriation from the south. As Marx pointed out in the 19th century, price inequalities are not natural; they are induced through geopolitical and commercial power.

So in the colonial era, of course, you drove down wages by enclosing Commons and dispossessing people and destroying subsistence economies to create massive unemployed people. Today it is through a variety of different mechanisms, the structural adjustment programs that were imposed across the global south by the World Bank and the IMF, which are controlled by the US government primarily.

G-7 countries made massive cuts in public sector employment as well as labor and environmental standards. Neoliberal structural adjustment programs of the 1970s and 80s further induced price inequalities. Today countries of the global South are heavily dependent on foreign currency and are forced to compete to attract foreign investment. They are in a global race to the bottom to deliver cheap labor and resources to multinational companies effectively as tribute.

This is why I come to degrowth from the perspective of anti-imperialism, recognizing that we live in an imperialist world economy. Degrowth is a demand for ending those patterns of net appropriation that sustains such high levels of access consumption in rich nations ... Rich countries should reduce the resources to get back within sustainable levels, while poor countries should reclaim their resources, mobilizing them around meeting human needs with throughput converging globally at a level that's consistent with universal welfare and ecological stability. That is the world we should be imagining and calling for.

Jason and Steve discuss the gross inadequacies of the GDP as an indicator of growth and the need to break from the ideology that defines growth as a positive, desirable goal or outcome. GDP only counts commodities regardless of their social value or harm. It doesn’t distinguish between $100 of books or bullets. It says nothing about whether people’s needs are met. As an alternative to GDP, Jason leans toward a dashboard approach instead of the Genuine Prosperity Index.

Understanding MMT shows the way to meet the main objectives of degrowth. Jason adds that the MMT proposal for thinking about taxation - i.e., not as a way of funding public activity but as a way of pulling demand out of the economy - can be applied to ecological economics as a tool for reducing excess resource and energy use.

Dr. Jason Hickel is an economic anthropologist, author and a Fellow of the Royal Society of Arts. He is a Visiting Senior Fellow at the International Inequalities Institute at the London School of Economics and Professor at the Institute for Environmental Science and Technology at the Autonomous University of Barcelona. He is Associate Editor of the journal World Development and serves on the Statistical Advisory Panel for the UN Human Development Report and the advisory board of the Green New Deal for Europe.

Jason's research focuses on global inequality, political economy, post-development and ecological economics, which are the subjects of his two most recent books: The Divide: A Brief Guide to Global Inequality and its Solutions and Less is More: How Degrowth Will Save the World.