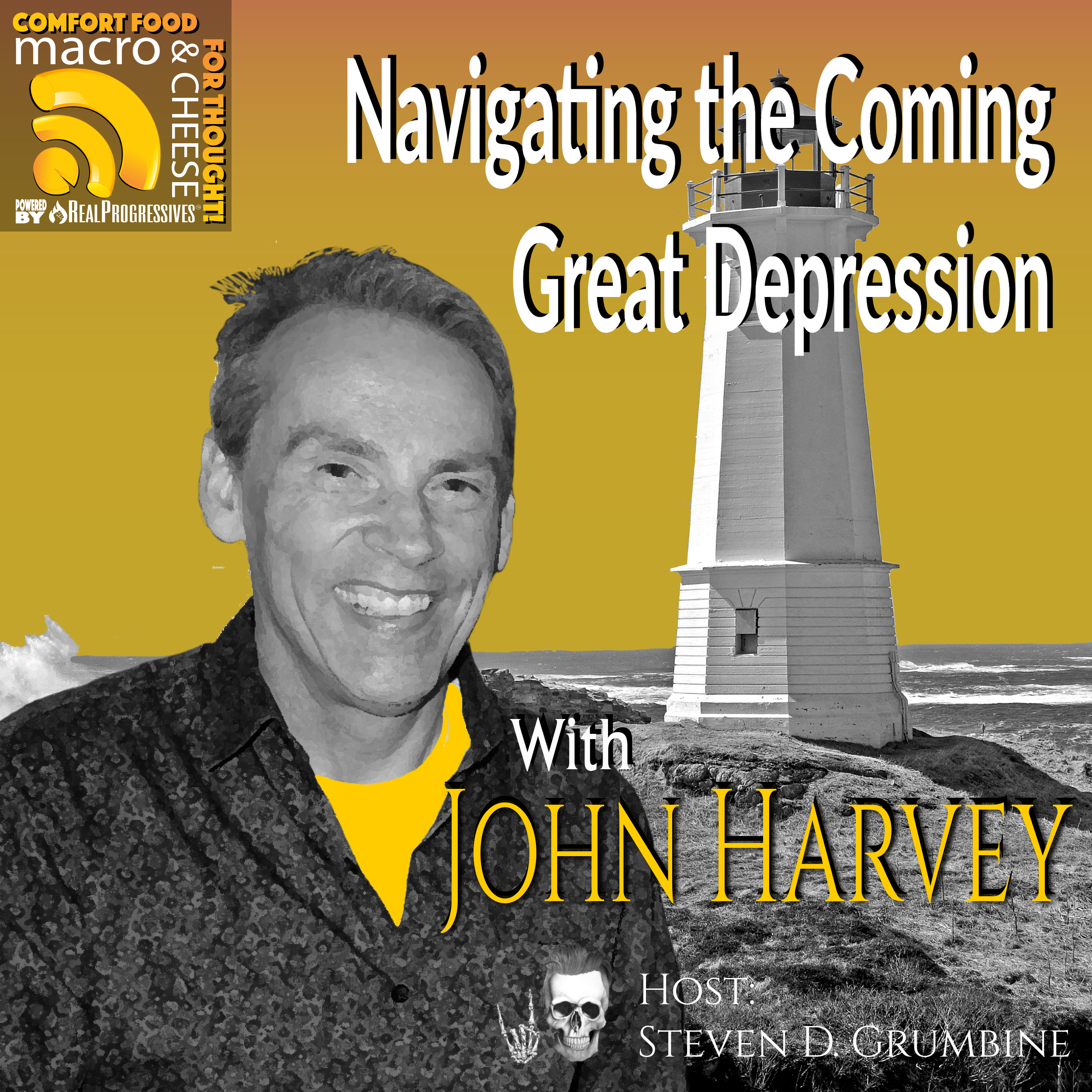 This week we welcome back our favorite Cowboy Economist, who immediately tells us what a great job Real Progressives and Macro & Cheese are doing. Smart guy!

John Harvey and Steve have much to discuss. The coronavirus pandemic is showing no signs of abating. It underscores or exacerbates all the other monumental problems we’re facing. There’s the high stakes presidential election asking us to choose between a deficit hawk neoliberal and a lunatic, while a large portion of the public have no faith that the electoral process is anything but rigged, especially after the primaries. Police brutality and injustice have reached critical mass, sending people into the streets in numbers we haven’t seen in our lifetimes. The climate crisis is being ignored, but the IPCC predictions hang over us like a doomsday clock, ticking away. Steve and John share the frustration of everyone who understands MMT: we know things don’t have to be this way. John holds the current economics discipline in particular disdain. Politicians turn to mainstream economists for advice, but the leading lights in the field believe that the market fixes itself. Paul Krugman might concede that we can “help it along,” but there are few other fundamental differences between the liberals and conservatives in the profession.

Given that we’re staring down the barrel of a worldwide depression, Steve asks what we can learn from the Wall Street crash of 1929. John gives a concise history lesson, beginning with the enormous economic expansion that took place in the 1920s when, for the first time, there were as many people living in cities as on the farms. It was a time of huge investments on the part of government, businesses, and individuals.

The federal response is where we see the difference between the depression of then and now. Today both parties confuse the economy with the market system. The economy is the means by which we meet our needs for food, shelter, and clothes, among other things. We don’t need the free market system to do that. During the New Deal, they applied extra-market solutions. There wasn’t a food scarcity, nor is there in 2020. What people need is an income so they can purchase those necessities, pay the rent and bills. John says that policies of the New Deal addressed social problems, not market problems. There were urban and rural projects, like building city parks or the Tennessee Valley Authority, creating jobs while improving the quality of life for residents of the area.

Compare the government’s solutions today. The COVID-19 crisis has created massive unemployment and business closures, The response by every state governor is to increase commerce - get the market running again. The federal government could have generated income for everyone. Instead, we’re going to emerge from this pandemic under a mountain of debt.

This interview isn’t entirely limited to the discussion of economics -- it would be hard for John and Steve to stay away from politics for a full hour. Their exchange of ideas is interesting because neither of them insists that he has all the answers. (We need a strong third party in order to exact some leverage. Or should we expend energy on parties at all right now?) They appear to be considering and reconsidering their positions just as we all are. In our whiplash world, how could we trust anyone who claims otherwise?

John T. Harvey has been a Professor of Economics at Texas Christian University. since 1987. He specializes in exchange rates, macroeconomics, business cycles, and contemporary economic schools of thought.