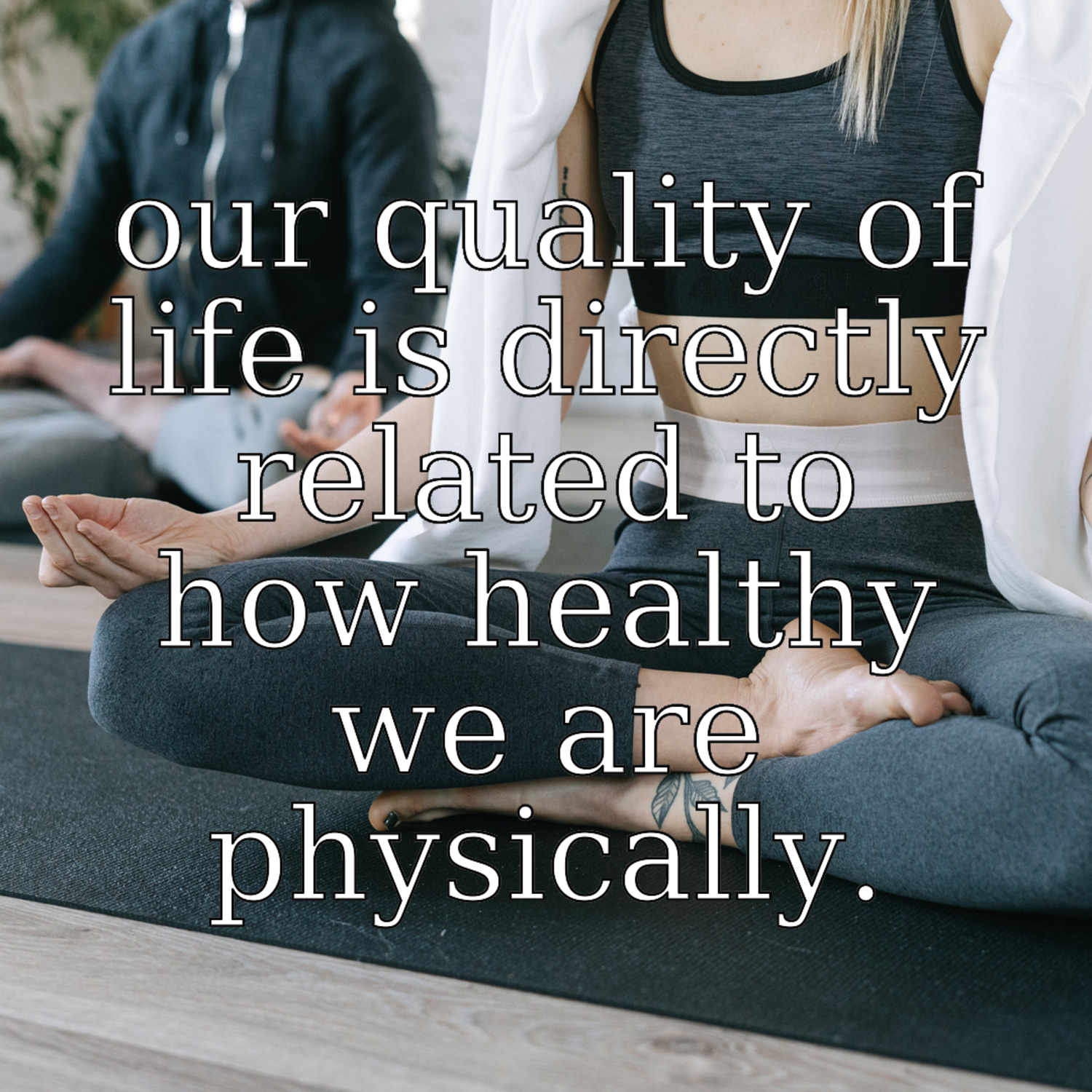 • When we talk about energy, we must start with the physical aspect. Our bodies are our engines, and they must be properly fueled to perform well, or at all. We have to eliminate all of our physical-energy vampires and replace them with better habits and awareness. We can take a quick look at what happens when we run out of energy; when we burn out—one of the biggest energy vampires. This is a state of stress and anxiety on the body, where our bodies begin to break down.

• Another prominent energy vampire is a lack of productive and restful sleep. Your sleep hygiene could be terrible and you’d never know it. We should be avoiding blue light before sleeping, lowering stress levels, and keeping a regular sleep schedule. We should also seek to determine our sleep chronotype and understand how it relates to our circadian rhythms. The circadian rhythm directly influences the ultradian rhythm that we abide by when we are awake, and that we take into account with its natural spikes and lulls in energy. Restful sleep is a force multiplier—a quantity that enables great accomplishment in other, unrelated areas.

Get the audiobook on Audible at http://bit.ly/MoreEnergyHollins

In a world where so much is abstract and verbal, it’s easy to forget we don’t actually live “in our heads,” and at the end of the day, our quality of life is directly related to how healthy we are physically. An energy “vampire” is what it sounds like: something that physically sucks us dry of our life force and leaves us tired and weak. Just like the energy pyramid mentioned in the previous chapter, this is the baseline of what’s needed to set yourself up for success.

We’re all imbued with some energy on a daily basis, but even the most vigorous person doesn’t have an infinite supply. To make it worse, there are aspects of everyday life that will gladly sap energy from us if we’re not careful, leaving us unable to spend that energy on the things we truly value.

Energy vampires are like leeches or parasites—and sometimes we can be living with them for so long we don’t even realize they’re there, quietly draining us of our life and enthusiasm. We might not even realize we’re in a passive, negative state because of these vampires, but we nevertheless are trapped in that vicious cycle. You might be aware of many of these vampires in your own life right now, and might be making active efforts to moderate their influence on you. But there are still other, imperceptible forces that could act like invisible underground leaks in your psyche.

Imagine a woman who’s been working for years in a job she actively hates. Picture how she has to force herself day in and day out to sit at her desk, to answer calls, to go to meetings—all the while despising the work but feeling powerless to do much about it. At the same time, she’s in a relationship that just isn’t working for her—this partner is inattentive, doesn’t pull their weight, and leaves the woman feeling like she spends all her mental energy justifying to herself just exactly why she hasn’t mustered up the guts to leave.

It might sound silly, but such a woman could, after months and months, sit down on her sofa one evening and feel an overwhelming urge to cry. She could wonder if she’s depressed, or worse, conclude that life is always this unpleasant and hopeless. But all that’s happened is she’s lost awareness of just how thoroughly depleted she is energy-wise. If she hasn’t slept well for weeks, is eating junk food more often than not, and just came down with a slight cold, this feeling is going to be even worse. It’s no use formulating this crisis as a relationship or career problem—although it may well be. In the bigger picture, before anything useful can happen, the woman needs to bring her big fat energy zero into the positive again.

We talked about the energy pyramid earlier on and determined the four main elements of energy. In this chapter, let’s focus on the purely physical aspect, since in many ways, this is the most fundamental. Having your energy at zero (i.e. being fatigued) is the worst you can feel while still appearing relatively normal to others. Fatigue is not simply being sleepy because you had a poor rest the night before. Neither is it the feeling you get from being sore or tired after a hard workout at the gym. Importantly, fatigue can be felt in slightly different ways for different people.

Some may feel extra heavy, as though they were walking around with a three-hundred-pound bodysuit on. Others might feel slowed down or like they’re in a fog and everything is getting blurry and washed out. Deep fatigue is like an extra-bad hangover, or feeling jet-lagged after a round-the-world flight. It can also feel like those tender, painful sensations you get all over your body as a flu is coming over you—your entire system just feels weaker, slower, and more overwhelmed.

When you’re fatigued and your energy is low, everything feels harder than it normally does. You no longer have the patience, the acuity, the enthusiasm, or the tolerance to deal with basically anything that comes your way. If you’ve been fatigued for a very long time, you may find yourself feeling as though you’re crawling through molasses, unable to complete even the most basic of physical tasks without extreme effort. Many people limp along in this condition for truly alarming periods of time, propped up by caffeine and medication to get them through the days long after their bodies have more or less given up. The end result is that your life is being interfered with and you are physically unable to do what you want or intend.

Physical-energy vampires are obvious and pretty common-sense to identify. If you’re starving and so sleepy you’re nodding off at noon, it’s clear you need to take better care of your diet and sleep schedule. With most physical-energy vampires, the problem is not a lack of awareness but merely a question of improving and changing habits. For most of us, it’s easy enough to know that we are tired and run-down.

To get rid of physical-energy vampires, we need to make sure we’re setting up healthy habits—a concept that’s simple but perhaps not so easy to put into practice. Pushing too hard and not listening to your body’s limits can lead to your body politely (or not so politely!) reminding you to take a break. We all live busy lives, and many of us carry on as though our energy, resources, and time are infinite. But if your natural limits are not respected, sooner or later you will have to pay. Fatigue and tiredness that are ignored for long enough could eventually lead to full-blown burnout, i.e. the gas tank is completely empty and even the reserve fuel is burnt up and gone. The body is, in the end, in charge. When it’s had enough, it’s had enough, and at some point, it will do what it needs to for self-protection.

It’s important to recognize the early signs of serious fatigue before it turns into burnout. What starts out as a physical phenomenon can in time bleed over into every area of life, making us emotionally, cognitively, and socially exhausted, too. Whether you’re a high achiever or simply pushed too far by external circumstances, look out for the following signs of burnout:

First of all, be aware that burnout doesn’t happen all at once but insidiously, creeping up on you. Chronic stress and lack of self-care can ratchet up until you’re no longer able to function normally. But your body will give plenty of warning signs before this happens. You may feel tired for most of the day most days. You may even dread the thought of having to do things while feeling so drained. You could suffer from insomnia or disturbed sleep and have difficulty concentrating, or else feel quite forgetful.

Physically, you may feel dizzy or get headaches, feel short of breath, or even experience chest pains, palpitations, and stomach trouble. In general, your body feels weaker somehow, and you may be more prone to illness and infection. Your appetite may vanish. Some people may experience a dull sense of being on edge all the time, or worrying endlessly. Physical symptoms seem to translate emotionally into feelings of hopelessness, guilt, worthlessness, or just sadness. This depression could also manifest as anger or being irritated with others, snapping at others, or losing your temper.

You may not really notice it at first, but you stop deriving joy from things that used to make you happy. Find yourself feeling avoidant and pessimistic? It could be the early warning signs of burnout. You may notice your inner “self-talk” get quite negative and judgmental, perhaps leading you to want to withdraw from friends and family, not quite having the energy to bother with socializing.

Eventually, you may start feeling quite detached from the world as a whole, almost like a zombie disconnected from others and from life itself. You might want to physically remove yourself from work or family obligations, avoiding all interactions with others. Apathy, irritability, and the massive, lurching feeling of “what’s the point?” are all signs of burnout.

Now, simply saying “rest” as the solution to fatigue and exhaustion sounds pretty obvious. Yet, many people are unaware of how they’re actively failing to maintain their own self-care and undermining their physical energy and well-being every day. The fact remains that the single biggest energy vampire is disturbed, poor-quality sleep—or simply not enough sleep of any kind.

This seems like an easy solution until you realize that great sleep hygiene is actually a skill to develop and a habit that needs constant, conscious attention to maintain. It’s like a gym schedule or a healthy diet: it doesn’t just happen on its own!