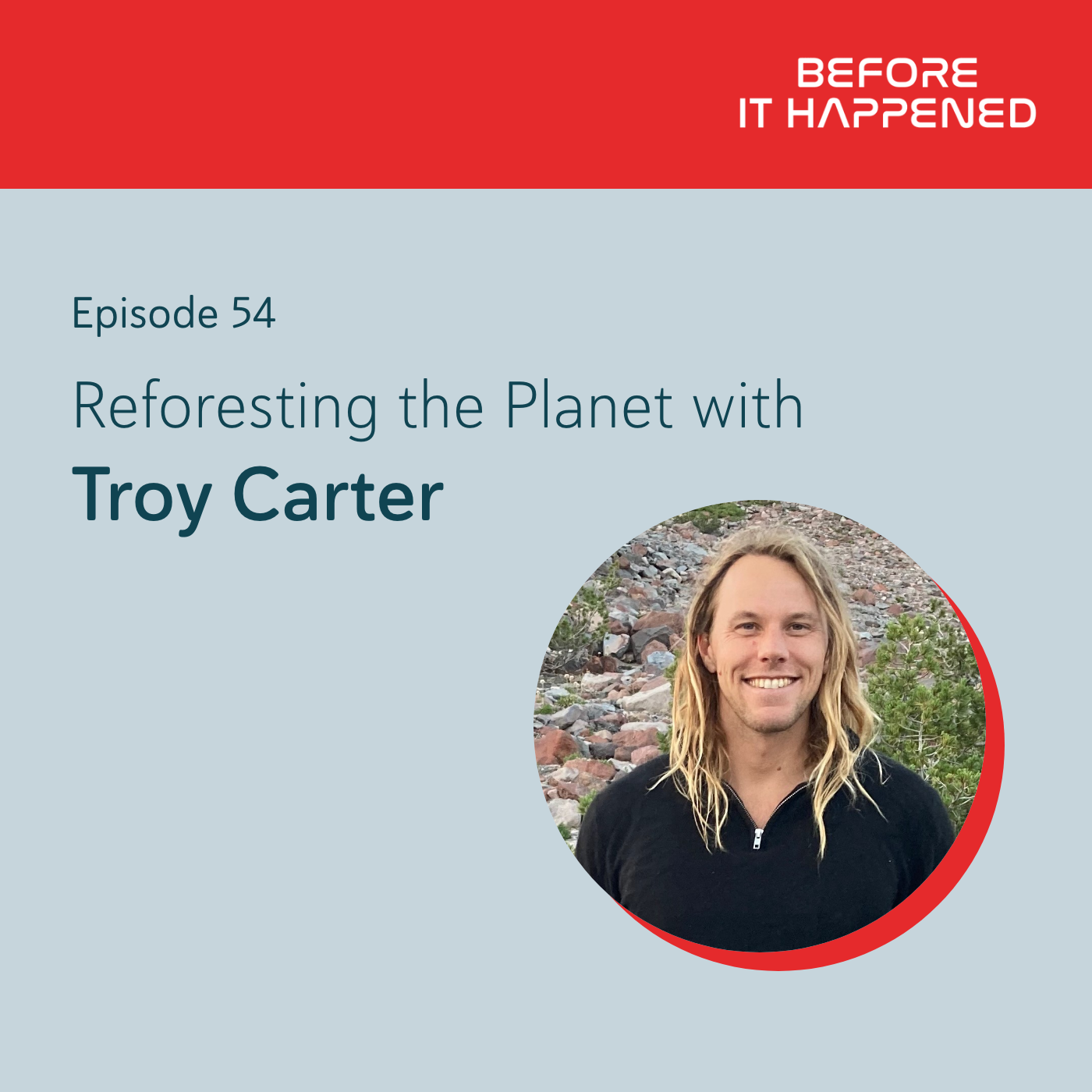 Humans have been exploiting the planet's natural resources since the dawn of civilization. This week’s guest on Before IT Happened, Troy Carter, would argue that even the term ‘natural resources’ is exploitative in and of itself. Co-founder and CEO of Earthshot Labs, a venture-funded non-profit backed by the National Science Foundation, Troy Carter joins host Donna Loughlin on the show to talk about his work repairing the planet through nature restoration, forest protection, and the conservation of ecosystems.

(02:22) - Troy Carter, a man of nature - “My relationship with nature has always been a really strong part of my life.”

(17:29) - Nature restoration’s impact on other areas of development - "If we can heal the relationship with the whole and each person feels connected, feels belonging on the planet, that will change everything about the way humanity develops in the coming centuries."

(24:10) - Nature’s independent right to exist - "That is the deeper motivation for why we're building an organization to restore nature: to address climate change, to restore human livelihoods, to restore indigenous land agency."

(28:11) - Hope for the future - “Resilience is a word that’s thrown around a lot. And what it means is that human lives and humans can thrive, and ecosystems can thrive independent of macro factors. So let's build resilient systems.”

Get Paul Hawken’s book Drawdown: The Most Comprehensive Plan Ever Proposed to Reverse Global Warming

Watch the trailer for Reviving Rivers, with Dr Rajendra Singh the Waterman of India