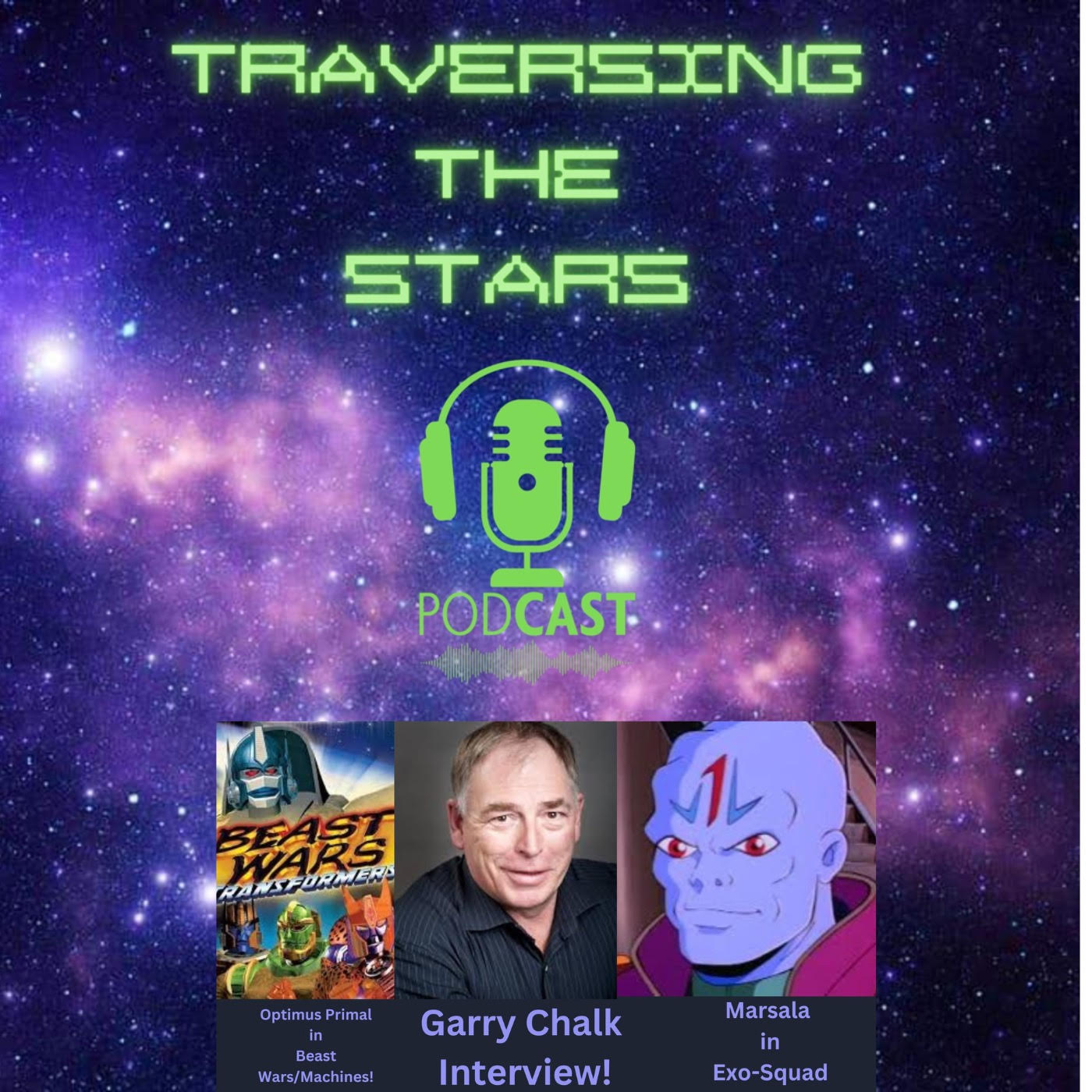 This is an amazing episode because boarding the mothership is Garry Chalk! You know him as the voice of many of your favorite shows. He voices Optimus Primal on Transformers Beast Wars and Transformers Beast Machines. He is also the voice of Marsala on the Exo-Squad. You can see him on Stargate SG-1 as Colonel Chekov. And SO MUCH MORE!