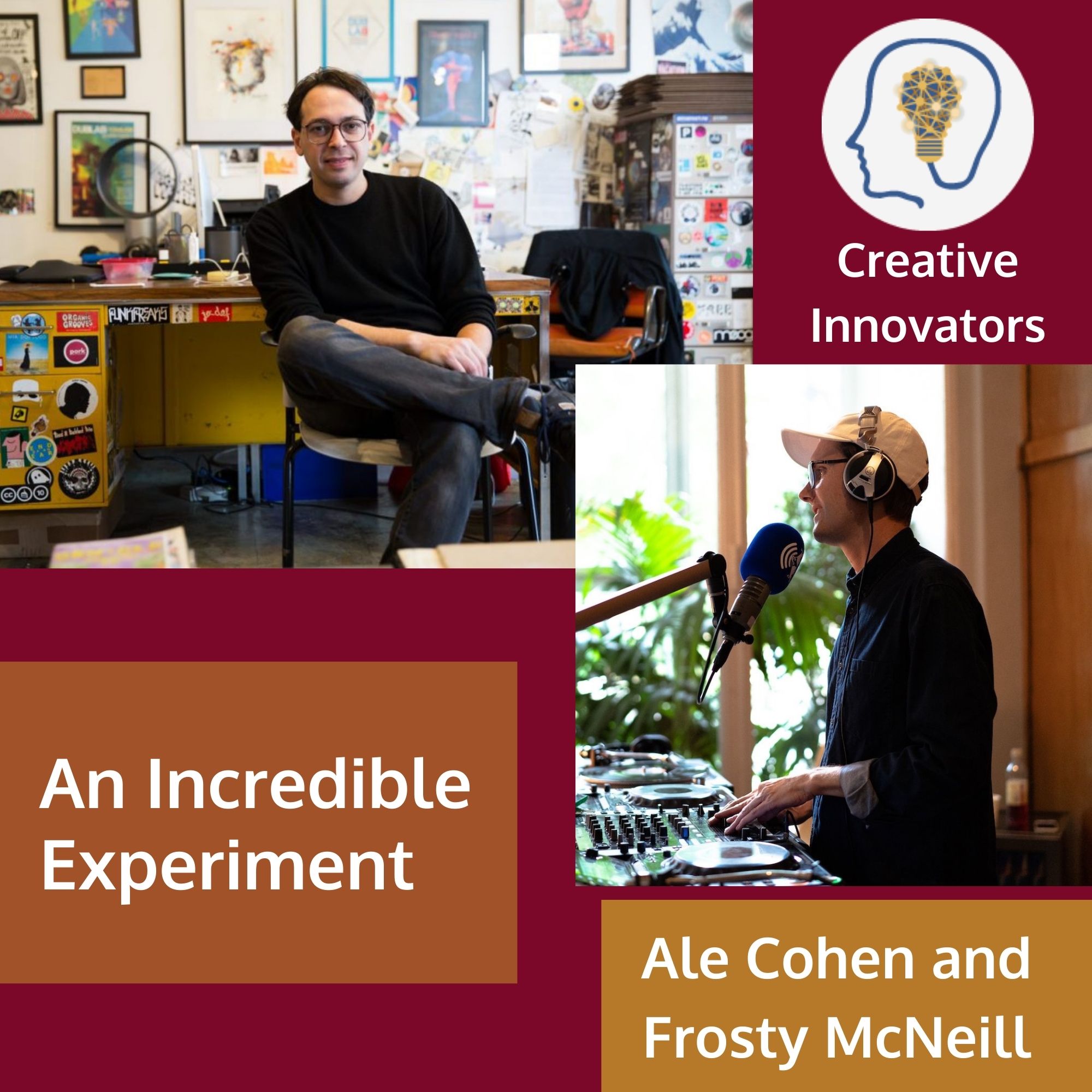 An Incredible Experiment. . . with Frosty McNeill and Ale Cohen

Ale Cohen and Frosty McNeill share their journey through “experimenting with sound” and community in building the Internet radio collective DUBLAB over the past two decades.  They share what inspired and drove them to build this institution and how it has shifted gears in our listen-from-home global era.

Dublab is not your average radio station.  Mark calls it “experimentation with sound” that was formed as a reaction to the 1996 Telecommunications Act, which forced the closure of low-power stations.  We talked about online radio as a “misuse of technology” -- as a “hack” and a mutant use of tech.  Initially, dublab acted as “an excuse to gather the creative community of Los Angeles.”  They share stories of how contemporary much often started out of the studio and how dublab became a testing ground for new sound and to honor the music that went before.

Alejandro Cohen is a musician and composer from Los Angeles, and the Director of non-profit radio station DUBLAB. Over the last two decades, Cohen has released music under numerous projects and groups including Languis and Pharaohs. He has composed music for TV shows, documentaries, and educational materials, and recorded more than two hundred solo artists and bands as a sound engineer and consultant for dublab.com, KPFK 90.7 FM, Sony/Columbia, and the Society for the Activation of Social Space Through Art and Sound (SASSAS). As Executive Director of the Internet radio station and creative collective DUBLAB, Cohen curates the station’s programming and podcast offerings, fundraises for the organization, and curates the annual ambient music event Tonalism.

Mark “Frosty” McNeill is a DJ, radio producer, sonic curator, filmmaker, and creative community builder based in Los Angeles. He was the founder of dublab.com, a pioneering web radio station that has been exploring wide-spectrum music since 1999. McNeill hosts Celsius Drop, a weekly dublab radio show and has produced long-running programs for Red Bull Radio, Marfa Public Radio, and KPFK 90.7fm. McNeill co-curated/produced the Pacific Breeze compilations of Japanese City Pop music for Light in the Attic Records as well as Somewhere Between, a forthcoming album focused on the more experimental side of Japanese pop. His output on a multitude of international media platforms has focused on sharing transcendent sonic experiences.