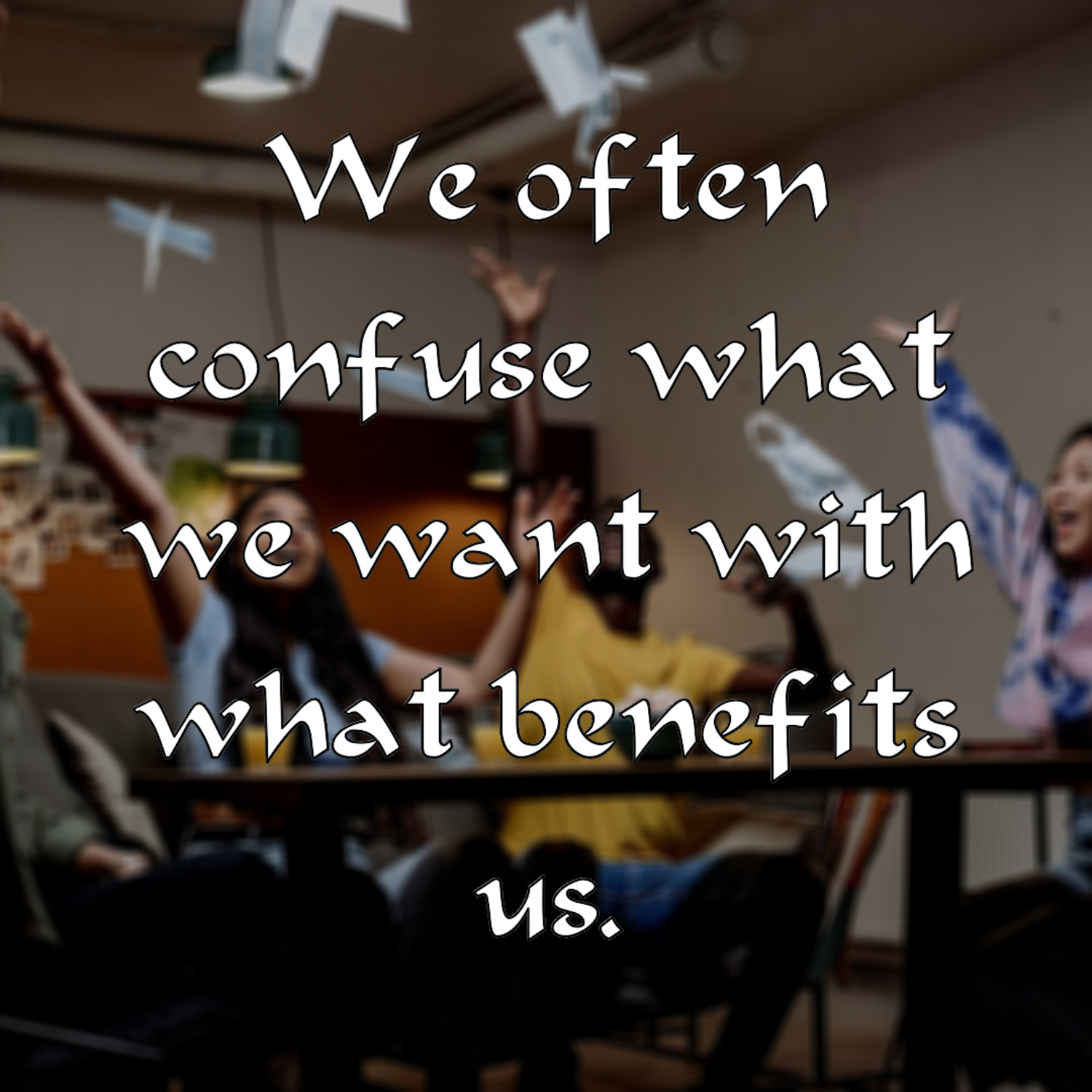 We often think we know what we want based on singular experiences, stereotypes, or simple social pressures. But we are typically very, very wrong. In fact, most of the time, we are just making educated guesses. Psychological distance is deceptive, and we often confuse what we want with what benefits us from a self-interest standpoint. In reality, what we do know is simply what we don’t want. This is not the same as wanting the opposite of what we don’t want.

So, we’ve considered different approaches and mindsets when it comes to attracting others, to the “chase” and building attraction, and if we’re lucky, to sustaining that attraction so it turns into a fulfilling relationship. Let’s turn now to something you might have overlooked in your dating quest: what you’re even looking for in the first place and why.

When I was a teenager, I thought I knew exactly what I wanted in a girlfriend.

[Read this in a teenage perspective]

First, she had to be a ballerina because I had a couple of friends that were ballerinas, and they were pretty, fit, and fun to be around. Maybe it was a side effect of constantly being in spandex and being scrutinized, but they didn’t seem to let much rattle them.

Second, they had to have a car because I drove my mother’s car and had to split car time with her, which was annoying because she went shopping a lot. The year before, I was almost late to the winter dance because of my mom’s dance aerobics class!

Third, they couldn’t be painters, because my friend Molly was a painter and the only thing she talked about was the new art she was planning and creating. At first, it was nice to hear about something different, but it was getting old pretty fast. I intentionally sat at different table than her at lunch, so I think my message was pretty clear.

To many of you, the teenage me sounds simplistic, idealistic, and shallow—call it what you will. That’s certainly how I would characterize it.

The teenage me allowed random occurrences and events to shape my views and also cared about things that had no logical connection to anything that would make a good partner. Almost everything had a shallow basis and wasn’t about a person’s traits or personality. Finally, there were elements that sounded great in theory but were completely unrelated to anything else in my life.

I had essentially created an ideal in my mind without considering whether it made sense for me—or whether it made sense period. That’s pretty much par for the course for a teenager who hadn’t even had his first kiss yet. You wouldn’t expect much more depth from someone who lacks life experience and doesn’t have any perspective to base his views on. You might even be impressed that a teenager could articulate three traits or features that way.

Now take that teenager’s perspective and imagine it coming out of a grown adult’s mouth—at thirty or even forty years old. You’d think that it would be absolutely laughable, but it doesn’t sound so unnatural, does it? The truth is, we still fall prey to the same shiny objects approach (as in, “Ooh, look at that shiny object! I want that.”) that teenagers do when we think about what we want in our partner. We are overly affected by singular experiences and attempt to extrapolate what little information we have into hard requirements or deal-breakers.

Teenage Patrick’s first request was for a ballerina because they tend to be fit and pretty. He was saying that he liked an entire group of people based on an idealized and filtered view of an occupation.

Teenage Patrick’s second request was for someone with a car. He was saying he wanted people based on their means and resources—like looking at someone’s resume or evaluating their income.

Teenage Patrick’s third request was for no painters. He was saying that he didn’t like an entire group of people because his exposure to one person had created a judgment on everyone in that group.

We Are Just Guessing

More often than not, we suffer from a lack of information about the things we want and the things we don’t want. We have a great time at one party but wonder why we don’t enjoy other parties, not realizing that we don’t know exactly why we had a good time—and vice versa. It’s exactly the same with knowing the type of person you want to be with. Our lives aren’t scientific experiments in which we can isolate and prevent confounding factors. We do the best we can with what we have, and we have to make educated assumptions and guesses along the way. We compare our experiences with so-called objective standards, with experiences from our social circle, and we come to a decision.

In the same way, people tend to think they know exactly what they want in a partner. If you ask anyone this question, you’ll get a laundry list of traits that seems to come from a place of experience and knowledge. He must be tall, possess a great sense of humor, and love children. She must be adventurous and a willing traveler, drama-free, and great with your mother.

The list of traits never gets much more specific than that, and people end up describing someone who is attractive in an idealistic way or based on incomplete information like Teenage Patrick. Taken out into the real world, shallow lists of attributes like these don’t quite seem to work as well as we’d hoped, or we might find ourselves with someone who ticks all the boxes and yet who nevertheless seems all wrong for us.

The questionnaire found typical results—the participants indicated they were attracted to generic and traditional traits and characteristics. Generally speaking, men placed a higher premium on physical attractiveness, while women placed higher value on status and resources.

After the speed-dating event, people were asked who they were attracted to at the event. And guess what?

There was virtually zero overlap between the traits they said they were looking for and the traits they were actually attracted to. People did not act according to how they answered the pre-study questionnaire—to their credit. Men showed interest in a woman’s status and personality and weren’t generally as shallow as they indicated previously. Women also expanded their range of what they were interested in.

In other words, people were astonishingly bad at predicting what they would be attracted to in other people. You probably didn’t need a study to tell you that. The chapter on arranged marriages also provides clarity in how bad we are at predicting what matters in a relationship, and may hint at some ancient wisdom of our elders to know that we can’t always be trusted to know what we want in the long term.

For example, if you don’t know much about baseball, which represents psychological distance, all you can do is say that there’s someone who throws the ball, someone who catches the ball, and someone who hits the ball. That’s abstract thinking.

But if you played baseball in school, which represents psychological closeness, you could go on and on about baseball strategy and batting averages. That’s concrete thinking.

There are a few factors that influence psychological closeness:

4. Hypothetical distance—how likely you imagine something to be

When we put the construal-level theory into the dating context, it confirms everything we knew and the prior studies found.

In other words, our daydreams when we’re by ourselves are nothing close to how we evaluate people that are right in front of us. That’s one reason people don’t know what they want in a partner. We are actually in our heads too much, away from the people we seek to meet, and this causes us to ruminate in psychological distance. The more we plan and make a vision board full of traits we want, the more detached from our actual preferences we are.

For example, you want a partner with high earning potential because it will bode well for you in the future. You’re not thinking about attraction—you’re thinking about a long-term view and how your mate will help you reach the vision you have for your own life. It’s all very logical and rational—you might even call it cold and calculating.

Of course, logic and rationality rarely mix with the real world of dating and relationships.

Finally, we regularly formulate theories about what we find attractive in others because we think we should feel certain ways and want certain things. It’s what we’ve been socialized with since birth and continue to be socialized with through our parents, families, friends, and the media at large. We are told what to think without considering whether it’s the best course of action (type of partner) for us.

If you’ve been raised since birth to only love pine trees while simultaneously being told that oak trees are bad for you, there’s not much chance you’ll deviate from pine trees, even if they make you sneeze. Oak trees might be your exact fit, but you’ll be fighting years of indoctrination to even be open to them. Even if you’re unhappy with pine trees, that doesn’t tell you that oak trees will fit you either!

This isn’t as bleak as it sounds. But it’s worth remembering to keep your focus where it matters—not on fixed superficial interests or assumptions (“I want a girl who likes rock”) but on how a dynamic relationship would function. Without culture, family expectation, or lazy stereotypes, what do we want from another person and what can we offer them? The better we can answer this question, the better our chances of actually finding the relationship that is good for us—and not just what we think is good for us!