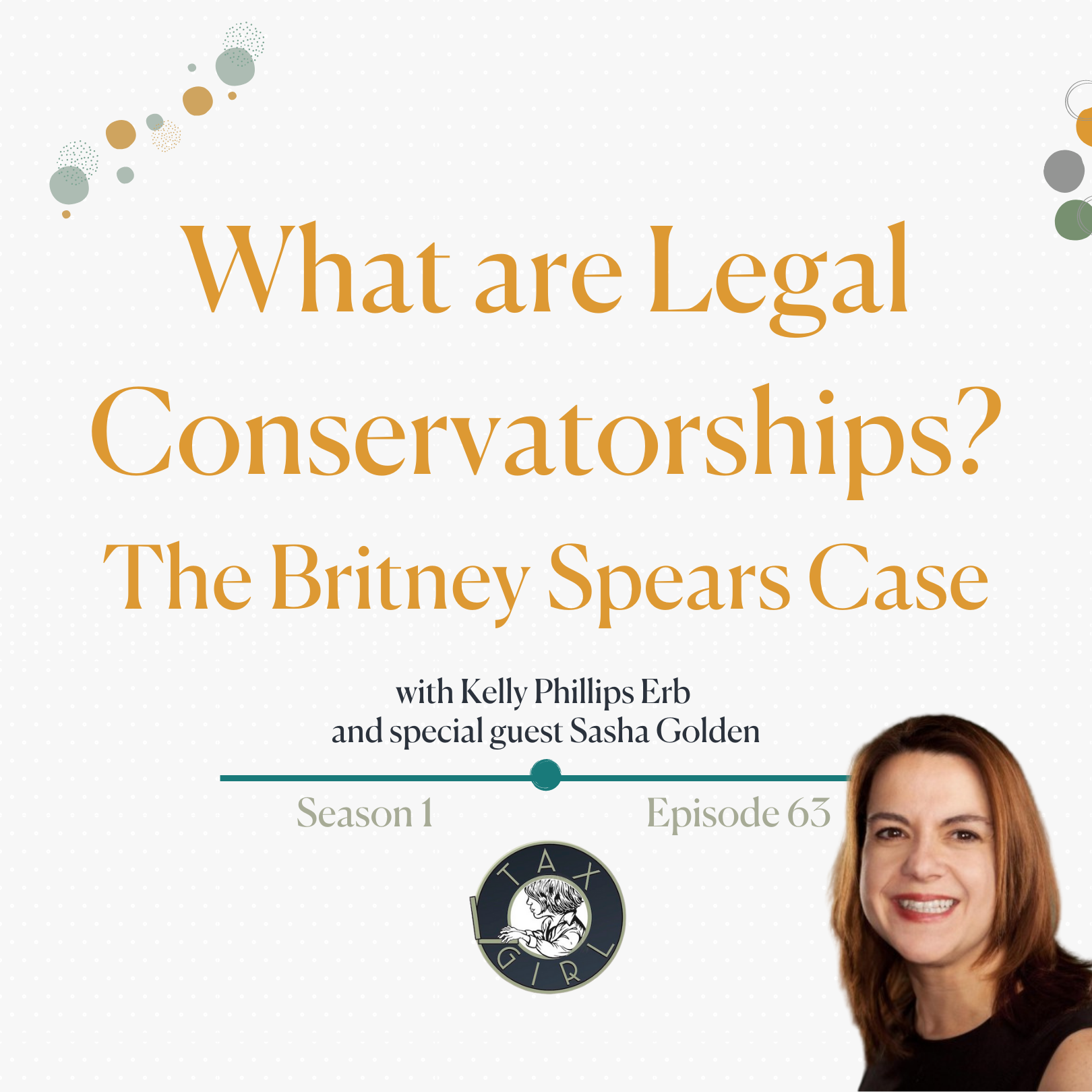 At age 26 in 2008, pop star Britney Spears was put under a court-sanctioned conservatorship. That meant that other people (including her father) that had been named as a conservator were allowed to make decisions about her career and her money. The story has attracted so much attention that it has its own New York Times documentary, and its own hashtag on Twitter, known as the #freeBritney movement. Recently, after 13 years of acting as a conservator, Britney Spears’ father finally agreed to step down from his position managing his daughter’s estate and career.

Britney Spears’ conservatorship and the associated #freeBritney movement has brought a lot of attention to these legal scenarios, but what do guardianships and conservatorships actually entail?

On today’s episode of the Taxgirl podcast, Kelly is joined by Alexandra “Sasha” Golden to explain more about conservatorships and why Britney Spears’ case has folks so captivated. Sasha received her undergraduate and law degrees from Boston College, and has been practicing law in Massachusetts since 1994. Attorney Golden is a long-standing member of the Massachusetts chapter of the National Academy of Elder Law Attorneys (NAELA) and of the Probate and Solo and Small Firm sections of the Massachusetts Bar Association.

Listen to Kelly and Sasha talk about Britney Spears & conservatorships: