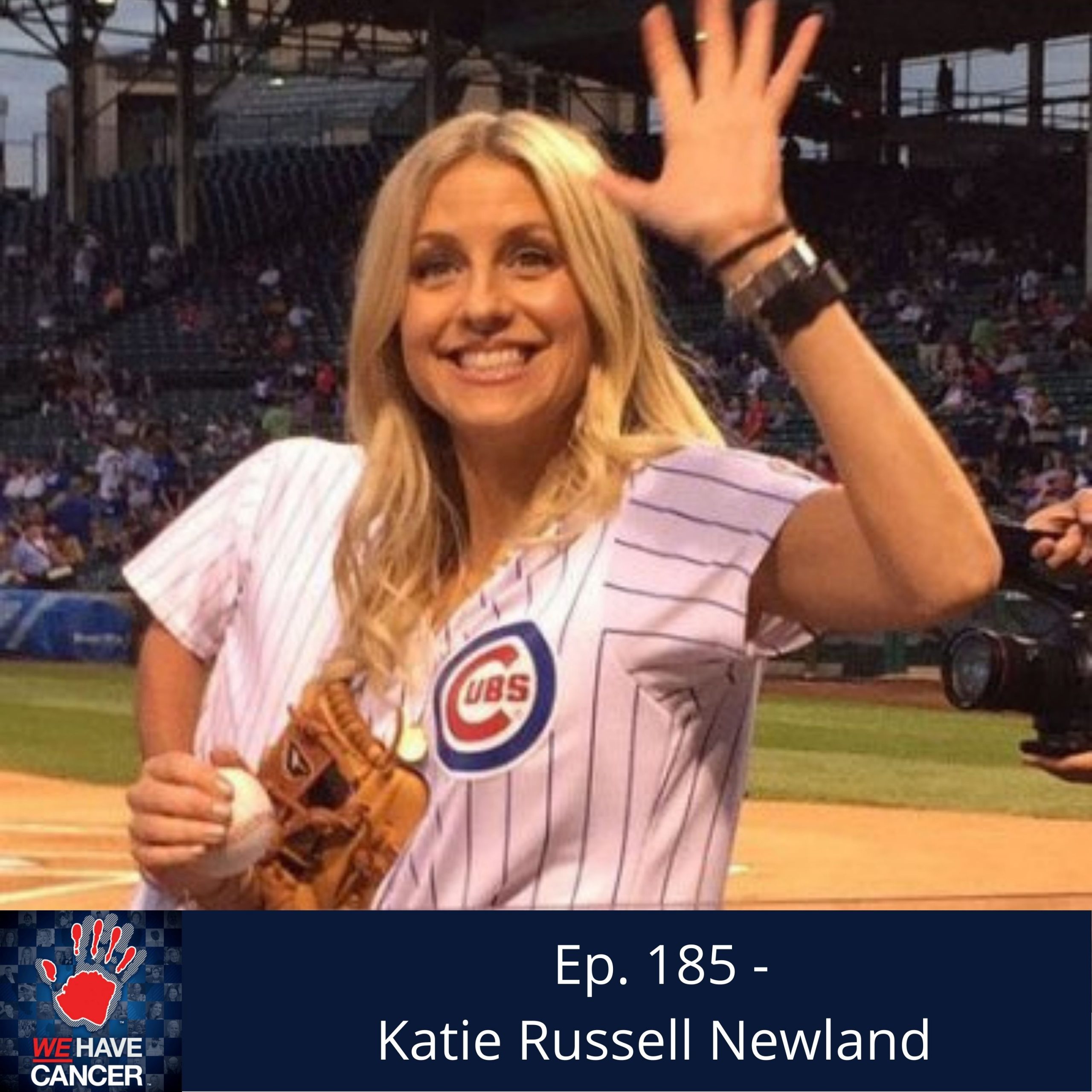 On this episode of WE Have Cancer, author and cancer survivor Katie Russell Newland chats with Lee about baseball, family, cancer, and learning to live in the moment. Katie shares how baseball was a special bond between her and her mother growing up. Three years after her mom lost her own battle with Colon Cancer, Katie was diagnosed herself. Two years later, Katie decided to dust off their old dream of road tripping to every ballpark in the country. Her journey later inspired her memoir, A Season with Mom: Love, Loss, and the Ultimate Baseball Adventure.

Katie Russell Newland is a writer and sports enthusiast with a PhD in language and literacy from the University of Texas at Austin. A survivor of both Hodgkin’s lymphoma and melanoma, she is now in remission and lives with her family in Austin, Texas. When she’s not watching sports or her favorite teams play (Chicago Cubs, New Orleans Saints, and Texas Longhorns), she can be found at a music festival, hosting a board game night, or playing pickleball.

Katie shares that her favorite baseball memories with her mom are the quiet moments watching baseball together at home, "just letting baseball do the talking." At their first Cubs game together, her mom had the idea to go and see all 30 ballparks together, just the two of them.

When her mom passed away, Katie stepped away from baseball for a while because it hurt so much to have to experience the game without her. Then, when Katie was diagnosed with Hodgkin's lymphoma and melanoma three years later, she reflected a lot about her mom’s strength and her own journey.

A year after her cancer treatment, Katie was diagnosed with a rare complication called Lhermitte's Sign, where radiation from her neck and chest crept in to her spinal cord, making it a challenge to take a single step. A year later, her mom's old idea came back: Katie wanted to see every ballpark, just like they'd planned.

Watching the Cubs win the World Series in 2016 was magical, Katie says. Her mom wasn't around to see it, so Katie made sure to stay home alone, without distractions, to watch them win. She wanted it to be just her and her mom again, and she knows she felt her presence with her there.

When Katie started her baseball journey she says she had no intention of writing a book; she started it as part of her own healing journey and a way to feel closer to her mom again. The book came a few years later.

Then, Katie shares, reflecting back on her baseball journey to write the book was a whole separate journey in itself. She looked across thousands of photos from the trip, this time examining them from the perspective of a qualitative researcher. She was able to process the experience in a whole new way.

Katie says she learned a lot from cancer about letting go and learning to release the need to control. And she tried to carry those lessons with her while traveling to all 30 ballparks, which opened the door to even more special moments along the way.

Katie believes her story spread organically; she remembers one article that came out on the Huffington Post, and says it spiraled from there. She began to realize that her story was really resonating with people.

Katie laughs and shares how everything from spreadsheets, rain delays, and meditation sessions helped keep her organized along the way. The biggest travel stretch was over the 4th of July, where she went to a lot of east coast games.

Katie grew up across the street from Peyton Manning, and they also went to high school together in New Orleans. She says her house had a better yard, and he and his brothers often came over to her house to play football. When she went through her cancer treatment, Peyton sent her a letter to say that he was thinking about Katie and her mom.

Get Katie Russell Newland's Book - A Season with Mom: Love, Loss, and the Ultimate Baseball Adventure

Support the Child of the Month; Kaden - https://wehavecancershow.com/kaden