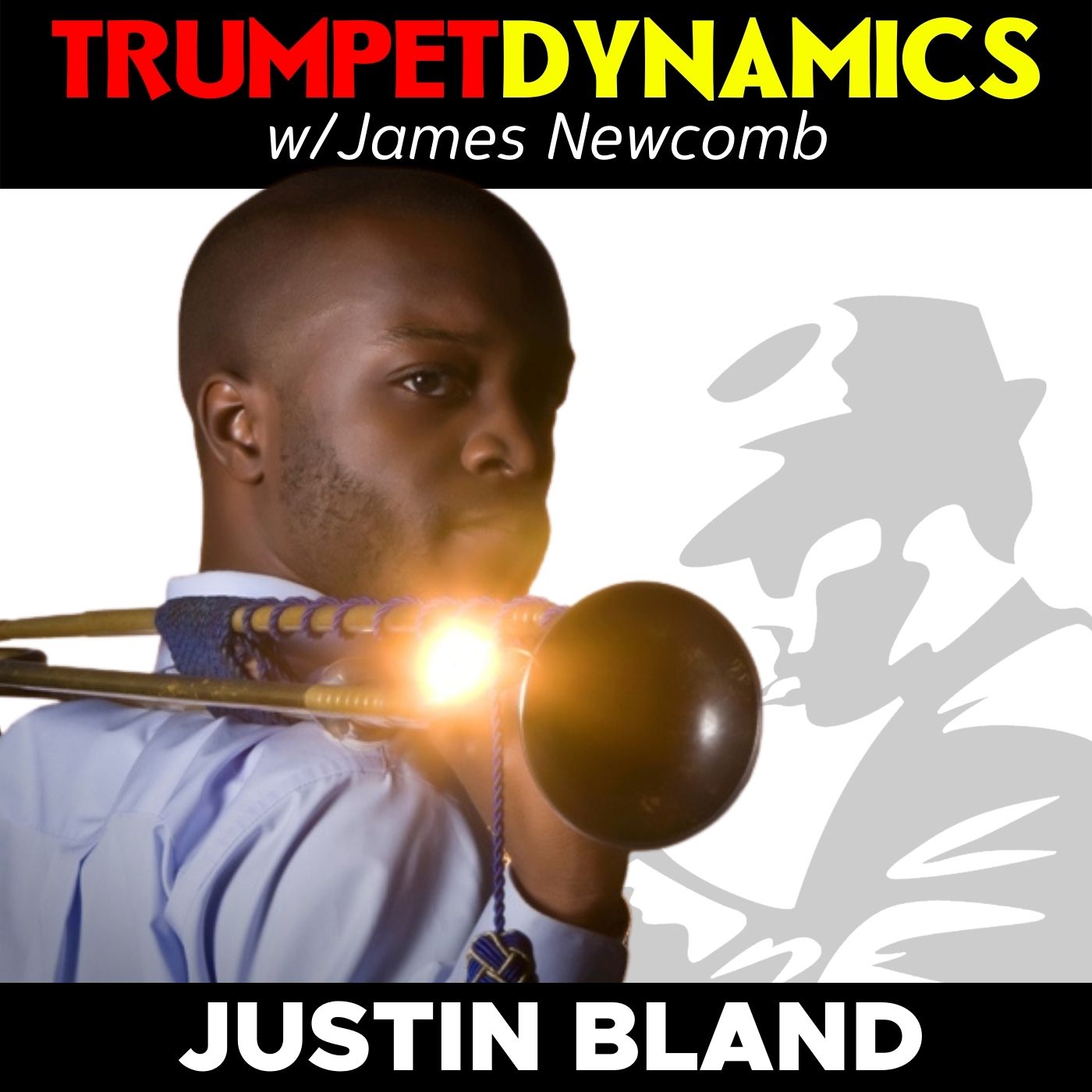 What a privilege it is to welcome back to the show Justin Bland! I got to chat with Justin in the summer of '21 and was excited to book him for another interview. Justin is a truly world-class performer and teacher in all things trumpet, particularly baroque trumpet.

I encourage you to give our previous interview a listen when you're finished with this one: https://trumpetdynamics.live/bland1

In this episode with Justin, you'll discover:

-Tales of arranging for trumpet ensembles

As a modern trumpeter, Justin has experience performing in orchestras, wind ensembles, jazz ensembles, pit orchestras for opera and musical theater, British brass bands, and numerous chamber ensembles. Before beginning his college career, he was principal trumpeter of the DC Youth Orchestra and had the opportunity to tour Japan as a trumpet soloist. He also performed regularly with the Prince George’s Philharmonic while in high school. More recently, he as appeared as a soloist with the South Dakota Symphony, the Firelands Symphony, and the Las Vegas Sinfonietta.

In addition to being a trumpeter, Justin is also a countertenor and has sung with Apollo’s Fire and Opera Cleveland. While in Ohio working on his Master’s degree, he was an alto section leader in the chamber and chancel choirs at Trinity Cathedral in downtown Cleveland and was the countertenor with Cantores Cleveland (now Contrapunctus). Justin also plays recorder.

Justin earned his DMA in trumpet performance from the University of Nevada, Las Vegas. He received his MA in early music performance practices from Case Western and his BM in trumpet performance from the University of Maryland. His primary trumpet teachers include Chris Gekker, Barry Bauguess, Steven Hendrickson, Steven Trinkle, and Justin Emerich. He has studied voice with Delores Zeigler, Ellen Hargis, and Aaron Sheehan. As a graduate assistant, Justin taught courses in ear training and music appreciation, and was a harpsichord tuner.