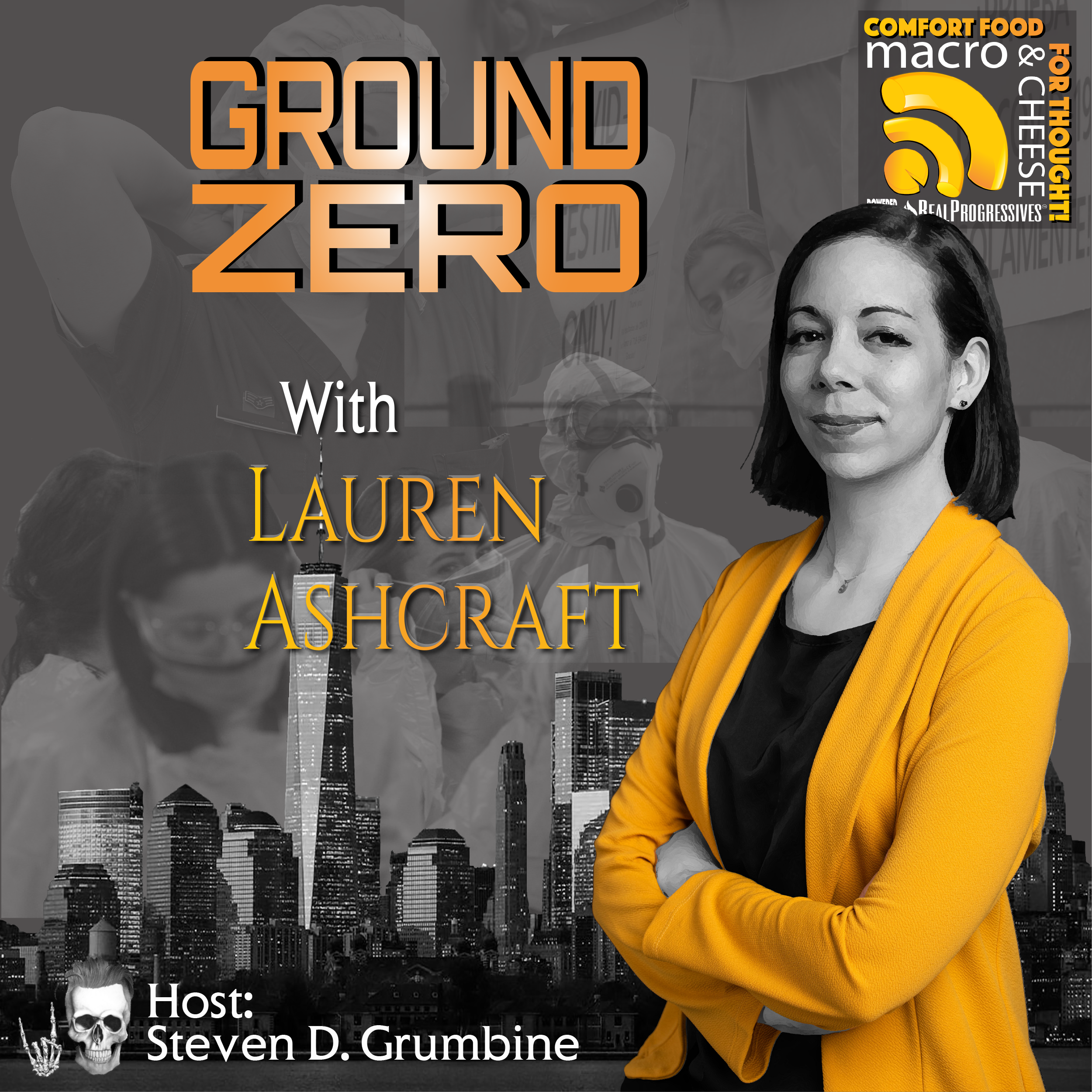 This week’s guest is a bit of a departure for us. We don’t usually interview political candidates but Lauren Ashcraft is a stand-up comedian, a Democratic Socialist, and an ardent proponent of MMT, so how could we resist? She was introduced to us by our friend Andrés Bernal, who must have recognized how well all these attributes would serve her in the US Congress.

When someone’s convictions are born of their lived experiences, the roots run deep. Corporate greed literally killed her grandfather who was a victim of a notorious coal mining accident. Her grandmother could not have survived without Social Security.

Ironically Lauren became radicalized from working in the belly of the capitalist beast. She worked for one of the huge financial institutions where she received daily messages about profits being down. Staff was constantly being laid off or forced to relocate, at a time when these companies were receiving billions of dollars in incentives. And somehow the compensation to those at the very top continued to grow. She was witnessing the “socialism at the top, rugged capitalism for the rest of us” that Bernie Sanders talks about.

Lauren is running as a Democrat in New York’s 12th Congressional district, challenging incumbent Carolyn Maloney. The district includes some of the wealthiest neighborhoods in the country (we’ve all heard of NY’s Upper East Side, right?), but also extends to the Queensbridge Houses, the nation’s largest public housing development.

Steve and Lauren debate whether it will be possible to change the Democratic Party from within, and agree that it’s really not about Democratic vs Republican. They talk about strategies to continue expanding the movement, breaking away from partisanship, and how the COVID-19 pandemic is shining a light on - and exacerbating - the need for the very policies in Lauren’s platform.

There’s much more to her story, including her journey to becoming a stand-up comedian. Let’s just say it began with a Groupon coupon -- you’ll have to listen to the episode to hear the rest.

Lauren Ashcraft is a candidate for New York’s 12th Congressional District. She has been endorsed by Brand New Congress, Marianne Williamson, and Shahid Buttar, among others.