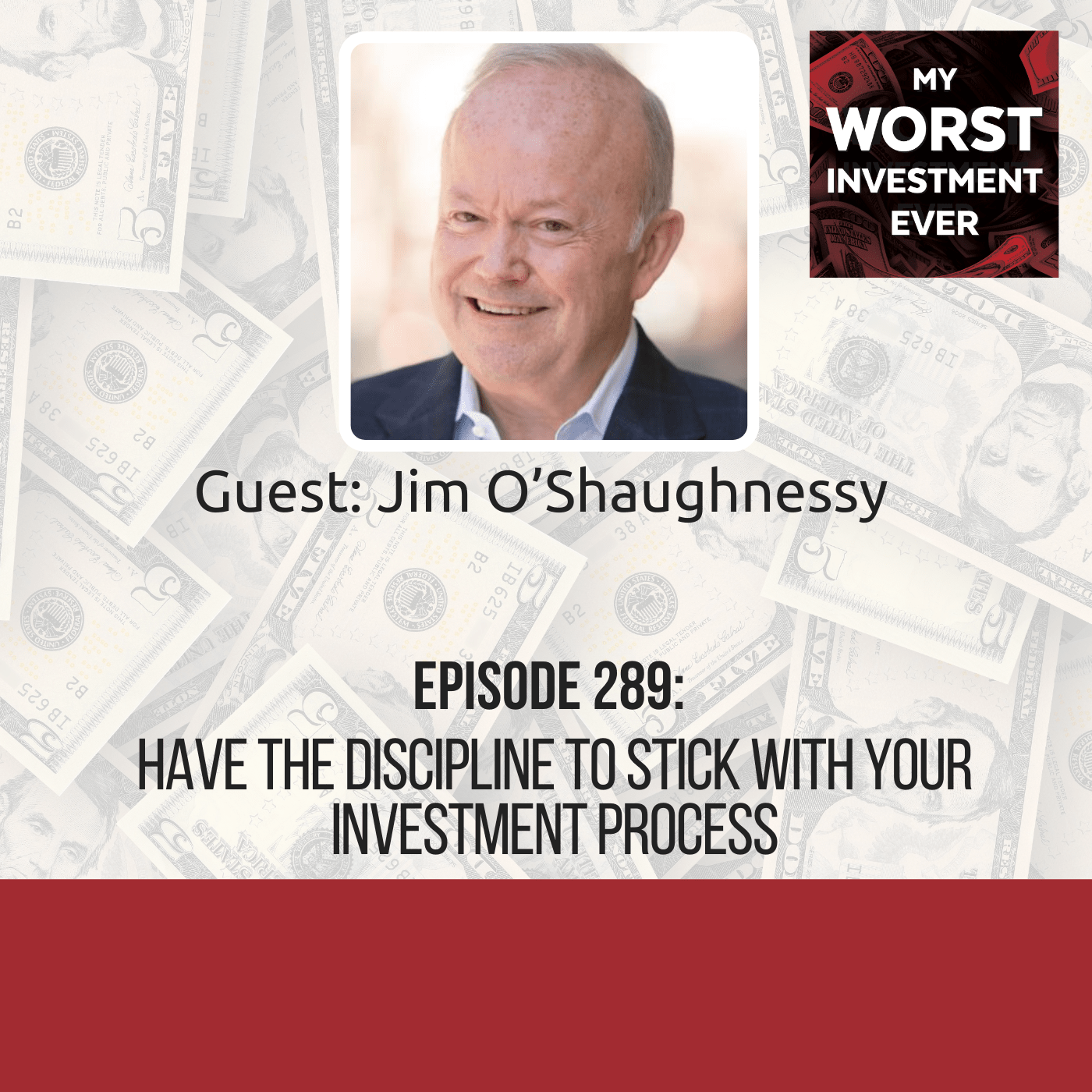 Jim O’Shaughnessy is the Chairman and Co-Chief Investment Officer of O’Shaughnessy Asset Management (OSAM). He is the author of four books on investing, and his book What Works on Wall Street is a BusinessWeek and New York Times Business bestseller.

Jim is the former Chairman of the Board of the Chamber Music Society of Lincoln Center and currently serves as the Chairman of the Capital Campaign for CMS. Jim is married with three children and two grandchildren and lives in Greenwich, Connecticut.

Jim started investing when he was 20. Back then, he was doing a lot of mathematical modeling. Jim concentrated on the Black Scholes option pricing model that was a pretty good investing model with about 70% accuracy. The downside of the model was that it was about singles and doubles. There were no home runs. Jim craved for home runs.

Experimenting with other investment models

Jim was having a lot of fun with his model of choice, and his investments were doing well. Then he started experimenting with another model that was more focused on the market and not individual companies. The model would look at whether the market was fairly priced, overpriced, or underpriced.

Riding on a high

For a moment, the model worked pretty well. According to this model, the market was very overpriced, and so Jim started accumulating put options. By early October of 1987, Jim had acquired the largest put position in his life.

In 1987 the market experienced the biggest, on a percentage basis, crash ever. Though, Jim had ignored his model and sold all his puts the day before the crash! He made a small amount of money because the markets were gyrating all over the place. Jim would have made so much more money after the crash had he stuck with his model and held onto his investment.

Anyone can make a poor investment decision. You are not an exception

We all think we are exceptions, that because we study a lot, do a lot of research, and we are smart, we cannot make poor investment decisions. The truth is that if you are smart, you are probably more likely to fail because you create narratives about how good you are that you believe them, and then you convince other people of them. In the process, you let your guard down and end up making the wrong choice.

For your investment model to work, you must be consistently consistent

You may have this great model that you believe will help you soar as an investor, but it does not work. And not because you are not smart enough to figure it out, but because you are incredibly consistently inconsistent. To make a model work, you must have the discipline to use it consistently.

You must trust your investment process

The vast majority of successful investors who beat the market over time have rigorously researched investment processes they religiously adhere to. Their secret lies in trusting their processes. Sometimes they win, sometimes they lose, but they stick with the process regardless.

Don’t sell everything, size yourself instead

One of the biggest mistakes people make is to jump into something 100% instead of sizing themselves into that position. If you want to get out of an investment, the best way to prevent yourself from overreacting is to sell X amount, not everything.

No investment model will work all the time

The whole concept of an investment model is that no model will work every year. But what keeps you winning is your discipline to stick to your model even when it does not work.

Find an investment process that works for you. It might not work for other people, but if it works for you and feels right to you, stick with it and let it work.

Jim’s number one goal for the next 12 months is to help with a couple of exciting projects that OSAM has. One of the projects is called Canvas, an operating system for investment advisors. The second project to start in 2021 is the fifth edition of What Works on Wall Street.