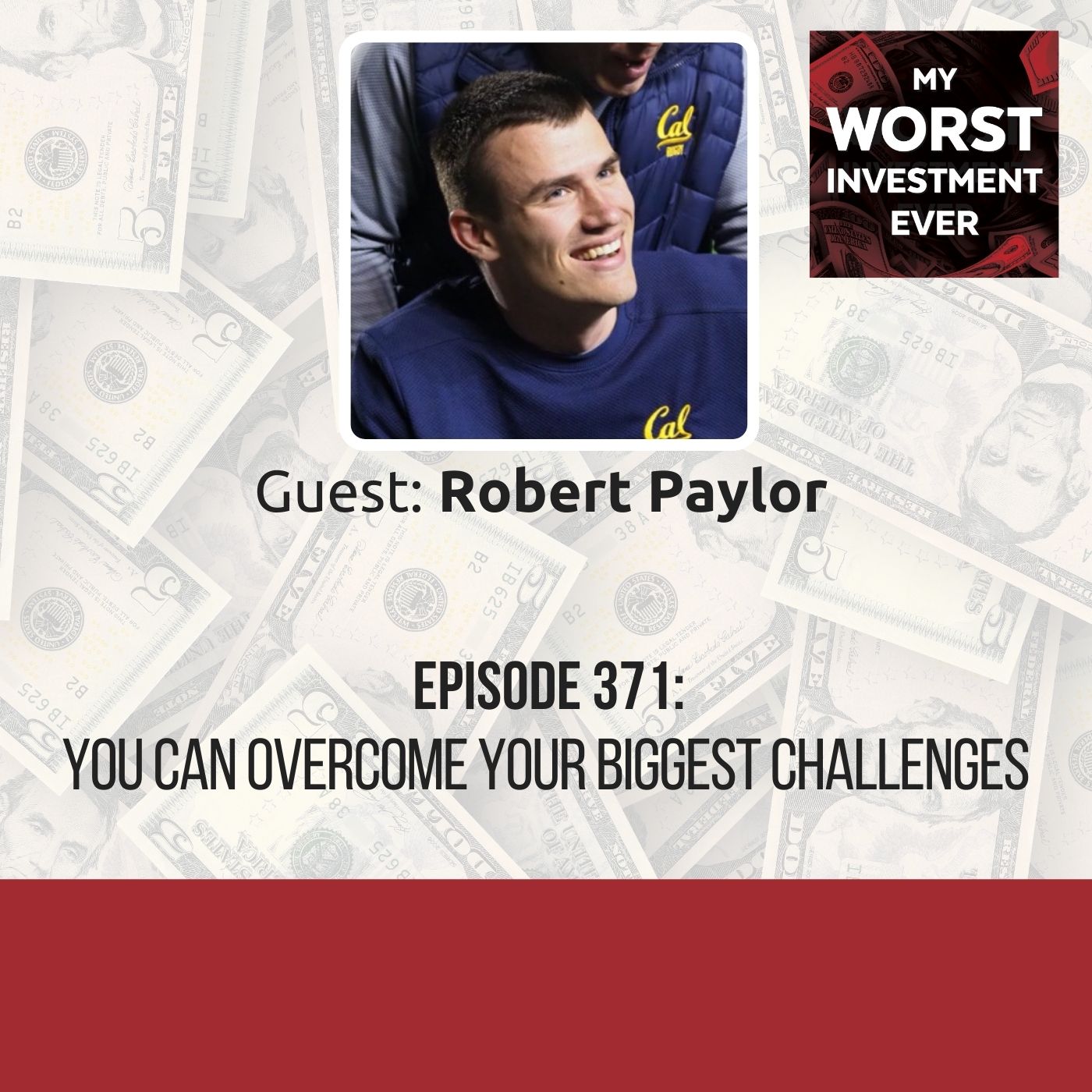 BIO: Robert Paylor suffered a spinal cord injury in 2017 while playing rugby. He has picked himself up to defy the odds. Robert graduated from UC Berkeley, is winning the fight to walk again, and is sharing his method of how he overcomes quadriplegia.

STORY: Robert suffered a spinal cord injury while playing rugby and could not move anything below his neck. He fought so hard to walk again to satisfy himself, but after a letter from one of his rugby trainees battling cancer, Robert realized that he needed to fight his challenges to inspire others.

LEARNING: To overcome challenges, you must first believe that you can. You can overcome your challenges, do not let the world tell you otherwise.

In one moment, Robert Paylor was on the best day of his life, competing for the collegiate rugby national championship. In the next moment, his life changed forever. Robert suffered a spinal cord injury in the first minutes of the game and found himself face down on the turf, unable to move anything below his neck.

His doctor told him he would never walk or move his hands for the rest of his life. Through an unbreakable vision and relentless determination, Robert is defying the odds. He has graduated from UC Berkeley, is winning the fight to walk again, and is sharing his method of how he overcomes quadriplegia.

Every person faces challenges; Robert’s are just visible. The skills Robert uses to overcome paralysis can be used by all to optimally perform. His message is one that inspires others to access their full potential and conquer their challenges no matter how daunting they may seem. Visit https://www.robertpaylor.com for more information.

On May 6, 2017, Robert played at the collegiate rugby national championship when a player tackled him. He lost his footing and dropped to the ground snapping his neck. He could not move or feel anything below his neck. Robert could tell something was wrong, and at this moment, all he could think of was his goals, dreams, and aspirations.

Making it all about himself

An inspiration to many

This need for self-satisfaction changed very quickly. One day after his injury, Robert’s high school was hosting a prayer service for him. He would typically teach rugby to young players at the school and share this passion with them.

As Robert was chatting with his dad about the service, he showed him a photo of a young lad who was fighting for his life. His skin was white as a sheet, and his body as thin as a rail. After a closer look, Robert recognized the guy. He was one of the high school kids that he trained.

The student’s mom had written a message to Robert telling him that his son wanted so badly to be at the prayer service to pray for Robert, but he couldn’t because he was undergoing chemotherapy. He was wearing Robert’s rugby shirt because he inspired him. And because of Robert, the student was fighting hard to beat cancer so he can play rugby. At the end of the message, the mom asked Robert to stay strong and keep smiling because his strength was helping her son stay strong too.

Living for a higher purpose

Robert broke down after reading the message. He realized that everything he did was not about him. Fighting for his life, fighting to walk again, and gain his independence was not just beneficial to him but also inspiring to thousands of people across the world.

With this realization, Robert has been fighting hard, and now he can stand up using a walker and walk up to 300 yards. He can feed himself and live independently. The doctors had told him he would never be able to do such things again. Robert believes that he was able to beat the odds because he stopped living in that selfish desire.

Success starts in your mind

To overcome challenges, you must believe that you can.

The more positive affirmations you give yourself throughout the day, the more positive you become and the more able you are to take on life’s challenges. Do things that keep out negativity and promote positivity. Just like you are intentional with what you put into your body, you also need to be very regimented with your mental diet to gain a positive mindset.

Practice perspective in a manner that helps you

Perspective is such a powerful tool. It can hurt or help you. Robert learned that he could practice perspective in two ways. On the one hand, he could look at the periods of his life when he had everything and things were working out for him and compare them to his current reality and feel bad about himself. Or he could look at other people in far worse situations and choose to be grateful for his life. It is all about perspective.

You can overcome your challenges, do not let the world tell you otherwise

When you face your biggest challenge, as many people could be facing right now, the first thing you need to believe is that you can overcome insurmountable odds, so do not let the world convince you otherwise.

Focus on the higher purpose

There is a higher purpose in life. If you are religious, this could be a purpose related to serving God. If you are not religious, it may be a purpose of helping others. Just stop making it all about yourself, and start thinking about how you can impact others. And when you do, no matter how bad your situation is, there are people out there that are suffering more.

If there is a situation in your life that makes you feel mad at the universe, angry at the circumstances that got you in that situation, you need to forgive and start focusing on the positive things in your life. This will help that pain and suffering go away.

Robert’s number one goal for the next 12 months is to be able to do something like getting out of his bed or couch, get in his car and go to a restaurant and sit down in a booth and eat a meal, and then get up out of that booth, back into his car, and back to his couch.

This may not seem like much to a lot of people, but it’s something that Robert desires so much. He believes that a year is a realistic time to make it happen, and if he does, he’s one step closer to never needing his wheelchair ever again.

“I hope by following me, I am able to give you that little dose of mental diet.”