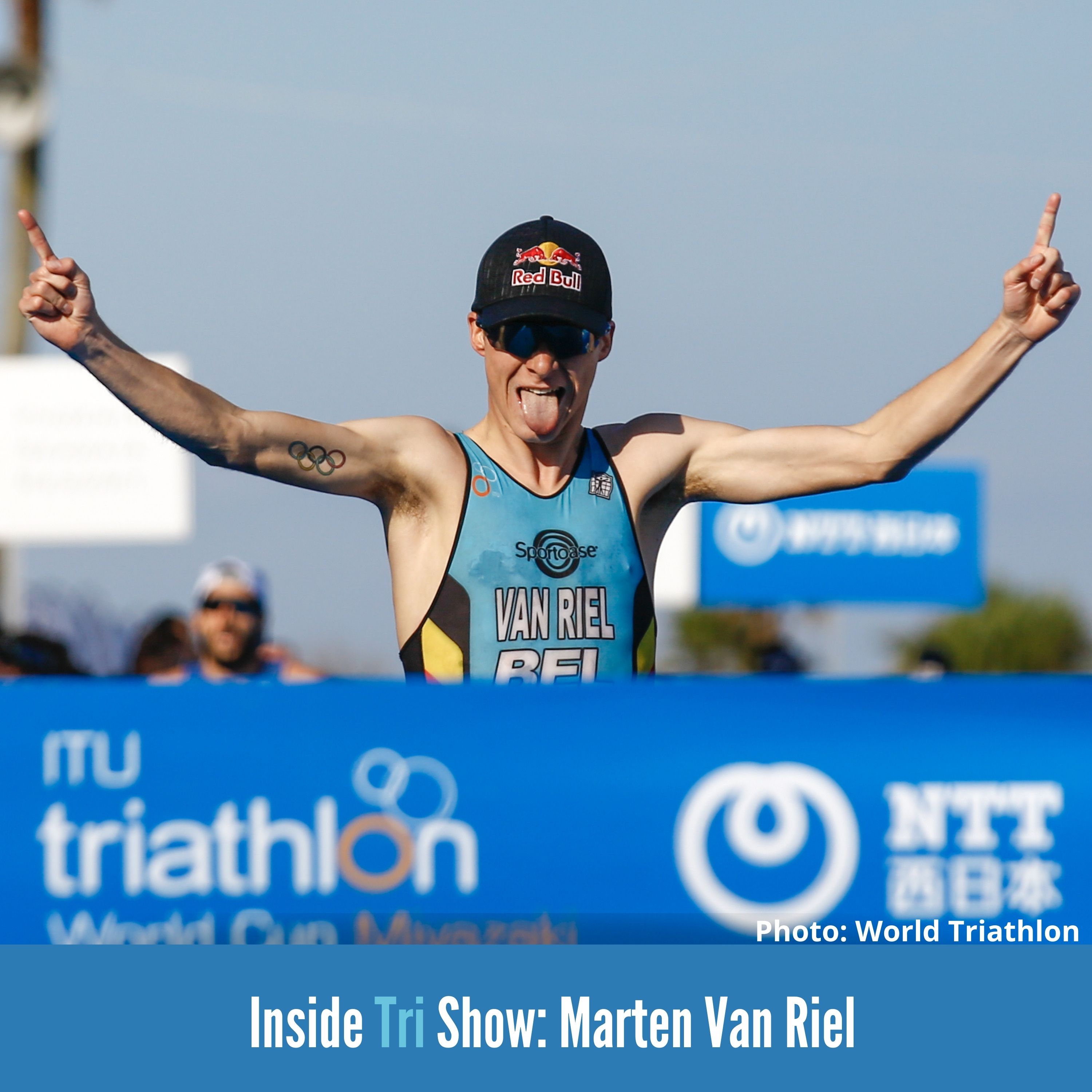 Marten Van Riel is on a mission to win an Olympic medal in triathlon, before stamping his authority over the Ironman distance. The 28-year-old surprised himself by qualifying for the Rio Olympics and going on to finish in 6th position. He won Super League's Arena Games twice in 2021 and finished 3rd at WCTS Leeds, which was won by Alex Yee. He's part of Joel Filliol's squad and trains alongside his fellow countryman Jelle Geens, as well as Vincent Luis, Mario Mola and Jake Birtwhistle. And keep it quiet, but he reckons the Belgian team are going to be flying under the radar in the mixed relay, with Marten and Jelle alongside Valerie Barthelemy and Claire Michel.

00:11:40 Marten talks about why he is training at altitude and why he is enjoying being somewhere quiet where he can focus on doing his job in the build up to the Tokyo Olympics. We also talk about heat preparation.

00:22:15 The ups and downs of training in a group with the world's best and why it can be amazing, but also hard work too. 'It doesn't matter if I get dropped on a ride. Everybody has a bad day. When you train with the best, it's normal to get dropped sometimes.

00:23:38 We talk confidence and why Marten generally isn't that confident, until he gets onto the start line, when his killer instinct comes out.

00:25:30 We talk about how the Tokyo Olympic triathlon race might pan out and if there will be tactics to slow down Alex Yee.

00:28:32 We talk about the influence Belgian triathlete Marc Herramans has had on Marten and his triathlon career. Marc finished 6th at Kona, before a training accident in Lanzarote left him paralysed.

00:36:30 Marten is 'super excited about Belgium's chances in the mixed relay at the Tokyo Olympics.

00:39:20 How stressful were the tight restrictions at the WCTS Yokohama?

00:45:00 "It's extreme, I don't know what to make of them" is Marten's reaction when I ask him about the Norwegian's triathlon suits for Tokyo. He reveals what the Belgian team are doing.

00:47:25 Marten talks about his plan to move into long distance triathlon. "I definitely don't see it as a retirement option after ITU racing."

Sign up to be a vino buddy or a training buddy on Patreon and get your hands on the latest patrons-only exclusive episode, including a full interview with Luke Grenfell Shaw and a blast from the past - the first ever interview I did with Chrissie Wellington back in 2009!

Sponsors of the show

Komfuel - Like a pic' n mix of sports nutrition through your letterbox! Listeners can get 20% off all orders or advance sweat tests using the code: INSIDETRI at www.komfuel.co.uk

Head over to Helen's website to find out more about her