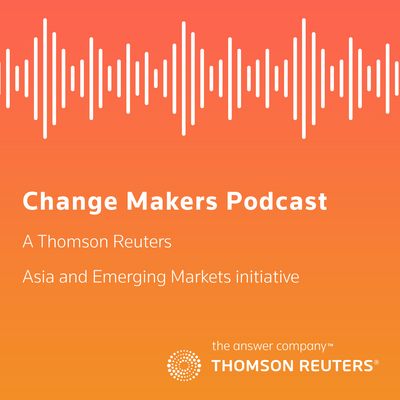 Gender Diversity from the Perspectives of In-House Lawyers

In Gender Diversity From the Perspectives of In-House Lawyers, the second episode in the series, Catherine digs deep on the experiences and challenges women face working as legal counsel in commercial settings.

Topics explored in this episode include the transition from law firm culture to that of in-house, the culture of “presenteeism” and how this can hinder performance and job satisfaction, as well as the ability for in-house counsel to choose firms which support gender diversity and inclusion. Catherine also raises concerns about the recent International Bar Association report on bullying and harassment in the legal profession and asks how the profession can improve legal workplaces to ensure it retains women looking to further their careers.

Joining the program is Janine Cane, Chief Counsel at Thomson Reuters Legal in Asia and Emerging Markets. Janine has practised law across three continents over a period of 25 years. She initially qualified and practised law in South Africa prior to moving to the UK where she spent most of her time at Clifford Chance, specialising in Intellectual Property. She joined Thomson Reuters in 2006 as Legal Counsel for ANZ and now heads up the Thomson Reuters’ legal function for a region encompassing Asia Pacific, Middle East, Russia and Africa.

Offering another unique in-house perspective provided is this episode is from Tyrilly Csillag, Head of In-house at Practical Law Australia. Tyrilly joined Practical Law as a Senior Writer in 2017 from the in-house team at IBM where she had a focus on technology contracting, cyber security and data protection laws, and managed lawyers practicing in Australia, New Zealand and Asia Pacific legal teams. She has over decade of commercial experience working within in-house legal teams for multinational, national corporate and also government entities and has also worked as a solicitor in private practice – twice.

Tune in to the second episode of the Change Makers Podcast series, Gender Diversity From the Perspectives of In-House Lawyers to enjoy the thought-provoking conversation!

This blog post was originally published on Legal Insight.