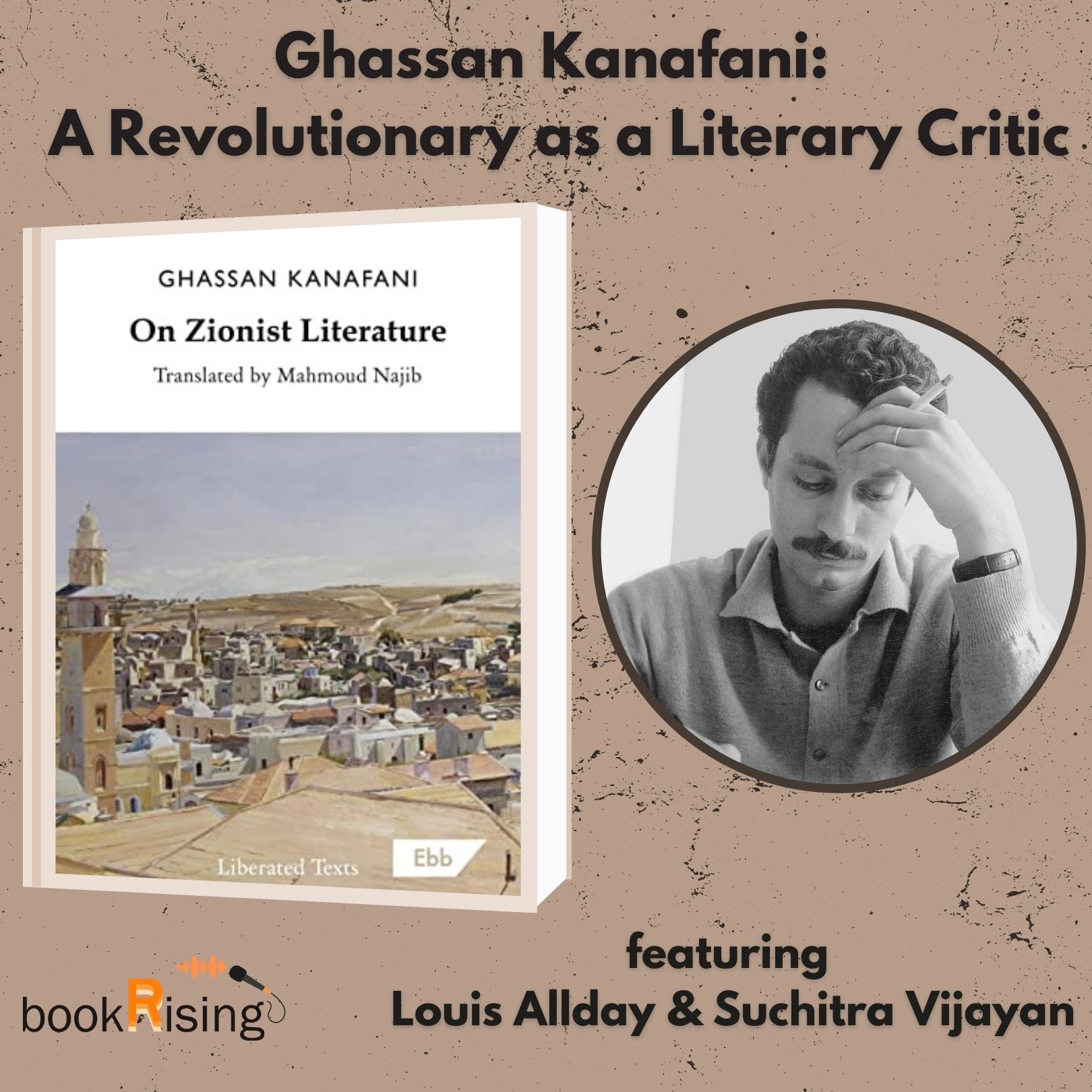 This BookRising episode celebrates the translation and publication of revolutionary Palestinian writer Ghassan Kanafani's works of literary criticism. Translated into English by Mahmoud Najib for the first time since publication in 1967, Kanafani's On Zionist Literature analyzes the corpus of literature written in support of the Zionist colonization of Palestine. The book includes a preface by Annie Kanafani as well as an introduction by Steven Salaita who writes that the book shows that "Kanafani was a searing and incisive critic, at once generous in his understanding of emotion and form and unsparing in his assessment of politics and myth.”

In this podcast, the book's publisher and editor Louis Allday speaks about the process of assembling Kanafani's literary criticism and attempts to bring these to life in translation. Suchitra Vijayan asks about the figure of the revolutionary as a critic since the literary critic has a different and potentially less political function in the Western publishing world. Allday and Vijayan also touch upon the challenges of editing and translating a work that primarily addresses Palestinians and they think through the role of prefaces, annotations and introduction in bringing such a complex work to an English readership.

Louis Allday is a writer and historian based in London. He is the founding editor of Liberated Texts.

Suchitra Vijayan is a writer, activist and co-founder of The Radical Books Collective and The Polis Project. She is the author of Midnight's Border: A People's History of India (2021).