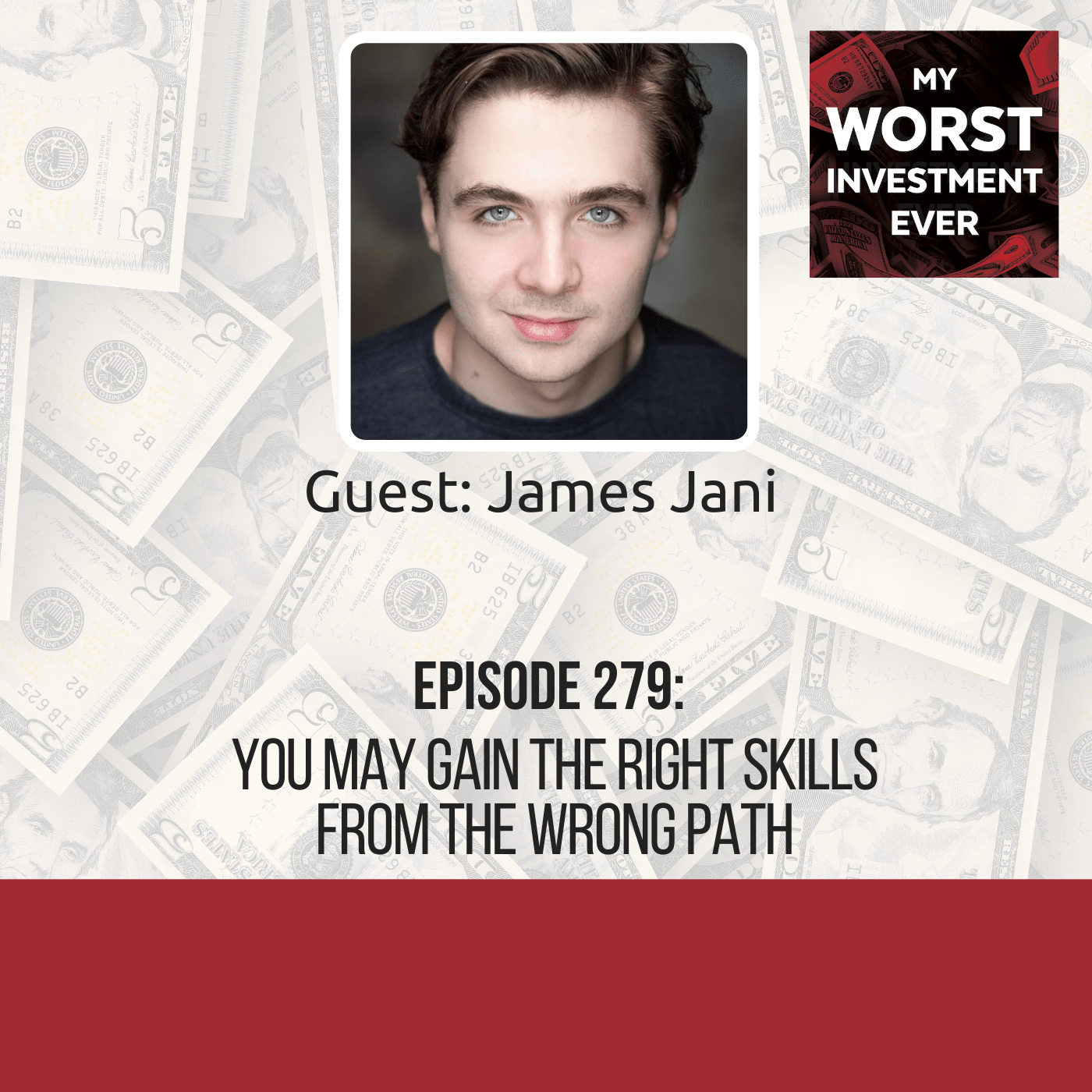 James Jani is a YouTube Expert and Vlogger, who creates thought-provoking documentaries on YouTube about Business, Money, and Life. He’s been running a YouTube channel since January of 2020 that has now grown to 422k+ subscribers, with an average of 2 million views a month!

His “The Untold Truth About Money” has had 3.8m views, and he first went down his rabbit hole watching “The Rise of Fake Gurus...”

“Just to go in and dive into more stuff. And even if it doesn’t turn out into a career, there are tasks in there that might be useful in finding out what exactly you want to do.”

James had always had a knack for acting, and he loved the validation that came from acting. Everyone knew him as James the actor. He had built a massive reputation behind his desire to be an actor.

Trying to get into drama school

James tried to get into drama school, but he didn’t get in. He decided to join his friends for a trip to Portugal during his gap year. He came back home broke.

James had already resigned himself to living the life of a poor actor. He didn’t have so much desire for money because he knew he would only be rich once he made it as an actor. However, now that he had come home broke and didn’t make it into drama school, James decided to make some money to survive.

James learned about selling second-hand stuff on eBay and decided to try it. He scouted his room for things he could sell and found some old video games. He sold all of them. James then hit garage sales and got a few more items and sold all of them.

The fire of entrepreneurship sparks

It was while selling stuff on eBay that James had this huge desire to become an entrepreneur. After trying and failing to get into drama school for the second time, he realized that he didn’t want to be an actor after all. However, he couldn’t admit this to himself, his friends, or his parents. James had grown to identify himself as an actor, and he just couldn’t let it go.

James continued to research on making money as the fire to become an entrepreneur kept burning in him as his passion for acting kept waning. However, he still kept trying to become an actor instead of putting more effort into becoming an entrepreneur.

Eventually, James figured that nobody cared that he didn’t want to become an actor anymore. He stopped worrying about what people would say and finally paid attention to his love for entrepreneurship, and finally made something big out of this passion.

Learn from your failures

You will make lots of mistakes in life as you try to find your true north. Don’t let these mistakes hold you back. Instead, learn from your failures and let them propel you to greatness.

Let value be your motivator

Business is about bringing value and not about money. Money is just validation.

Every job is the same

Just throw yourself into the work in front of you, and learn the tasks involved with that work. That work may not be where you end up, but the tasks and the skills you acquire will be applied elsewhere. Identify the tasks that you love to do the most, and then find a job that allows you to do these tasks.

Do as much as you can, and learn from each of those experiences. The best thing that will happen is that you may learn that you weren’t interested in that job in the first place.

James’ number one goal for the next 12 months is to bring in video editors, people to help him with the research side of things, and a manager to run the day to day activities. He hopes that with this team, he will create even better content that he has right now.