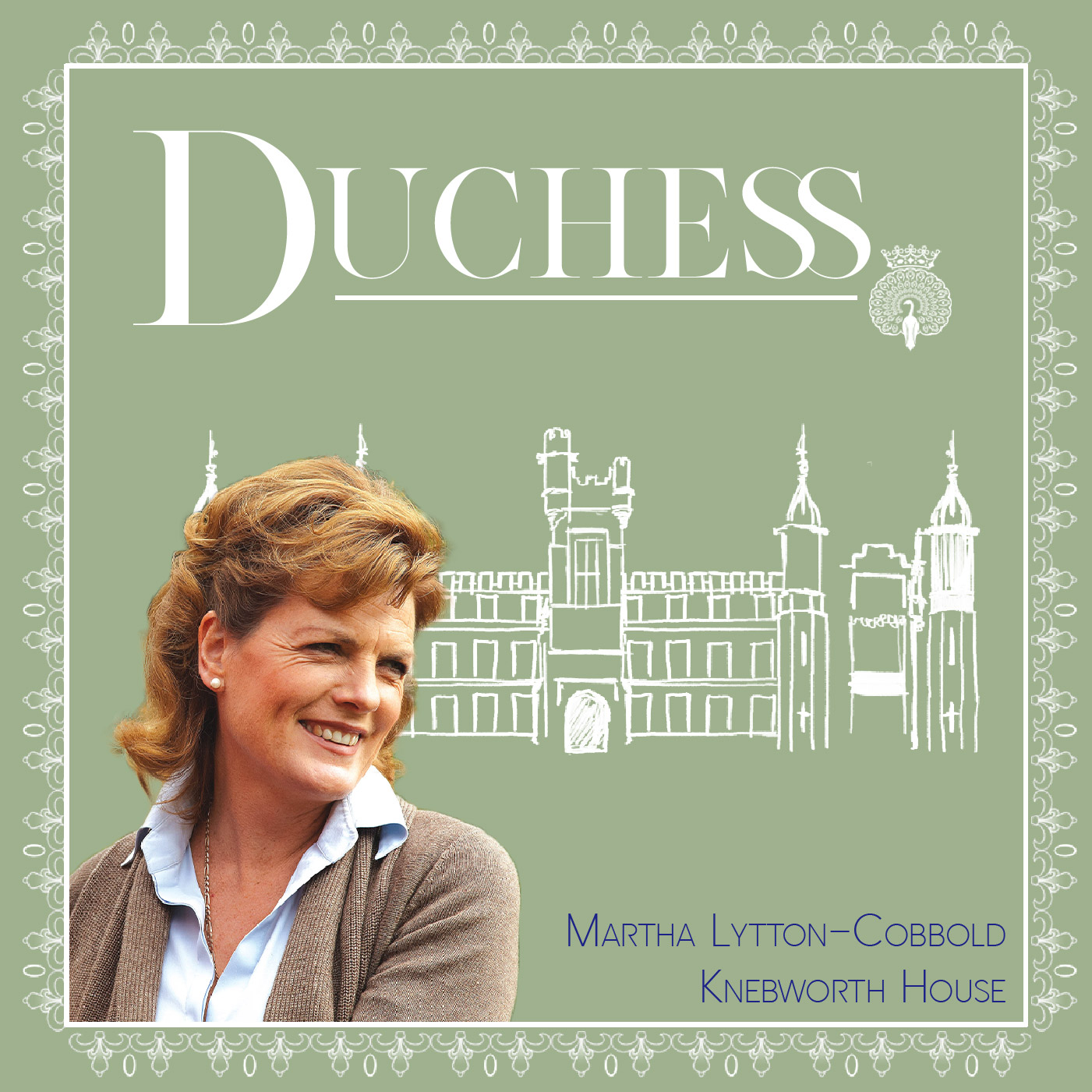 Joining The Duchess on this latest episode is the wonderful Martha Lytton-Cobbold of Knebworth House. Martha and the Duchess enjoy an incredible conversation, discussing Knebworth’s historic ties to writers like Edward Buwler Lytton and Charles Dickens, we hear the incredible story of one of the nation’s greatest suffragettes, Martha elaborates on the challenges and importance of empowering women in heritage, and we hear amazing tales about the many the rock and roll luminaries that have performed on the iconic grounds.

“Taking this on as a woman, many people will believe that what you’re doing isn’t correct. It’s important to think about your decisions, but make them, and stick to them.” - Martha Lytton-Cobbold

“I found the whole journey of coming from a different world into aristocracy as incredibly daunting.” - The Duchess of Rutland

“”With all heritage property, they were built for people to come together. They weren’t built for a single family. They come alive when people are there.” - Martha Lytton-Cobbold

Martha Lytton-Cobbold was born in Alabama, and studied Art History and Journalism in NYU. She married her husband Henry Lytton-Cobbold and has two children. Martha is the first female president of The Historic House Association.

A manor house residing at Knebworth dates back as far as 1346. After the site was purchased by Sir Robert Lytton a grander estate was built roughly around 1500. Some of the best known residents of Knebworth include writer and politician Edward Bulwer Lytton, as well as the suffragette Constance Lytton. Although steepled in history for hundreds of years, Knebworth’s cultural significance has peaked in the modern day with its legendary concerts. Looking through a list of Knebworth performers is akin to reading members of the rock n roll hall of fame: Pink Floyd, Metallica, The Rolling Stones. But Knebworth does not just have notable performers, but notable performances: Led Zeppelin had their final concert here, Queen performed with Eddie Mercury for the final time at Knebworth, the legendary Oasis standing gigs occurred on the estate, and so on. As a result, Knebworth in the modern era continues to attract tourists with its historical pedigree, pop culture appeal, and beautiful landscape.