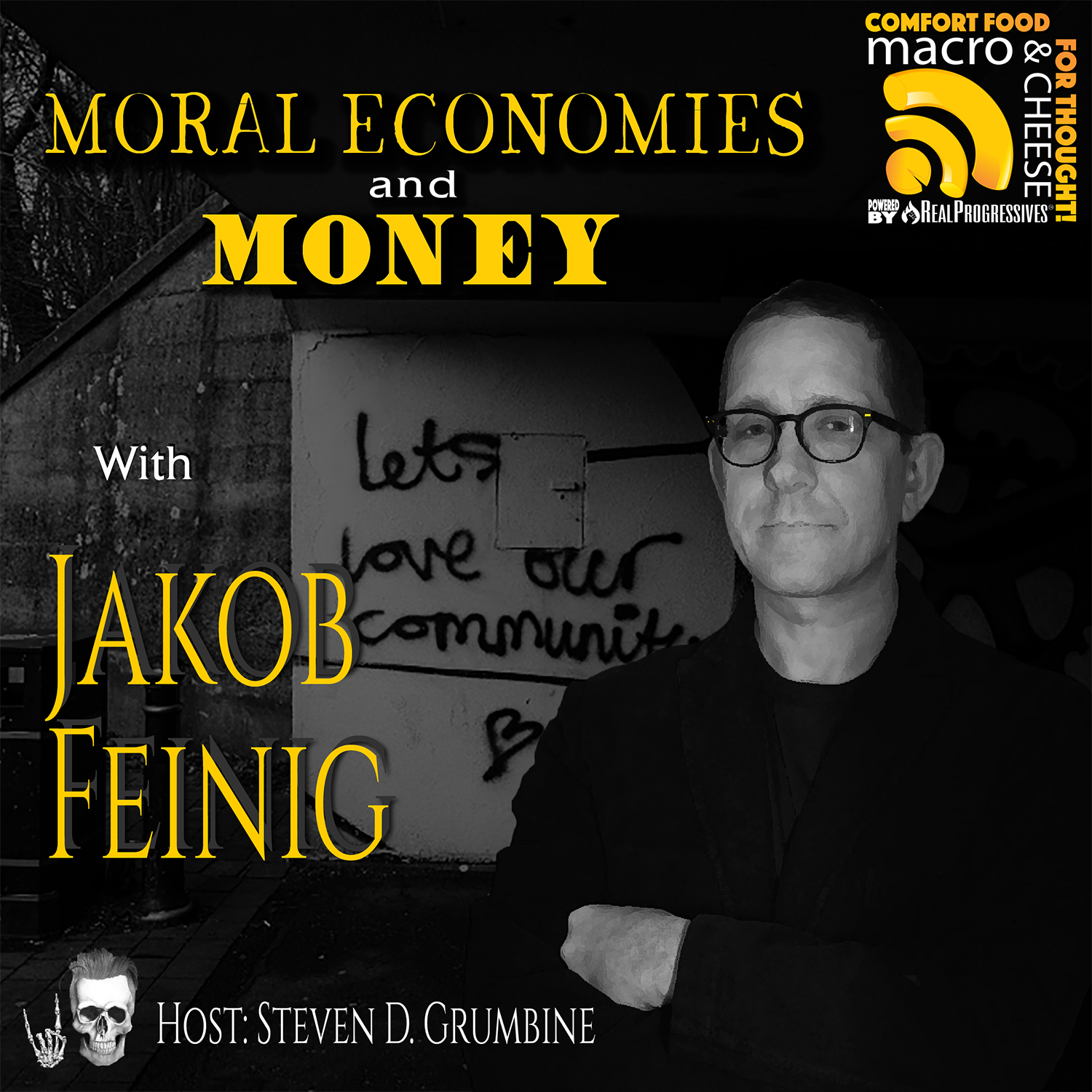 When Jakob Feinig speaks of moral economies, he’s talking about we, the people – the currency users – and how we relate to the institutions that issue money, as well as our monetary knowledge and its ability to inform direct action. Needless to say, Modern Monetary Theory is an essential component of this.

This week he and Steve discuss both moral economies and “monetary silencing,” a concept that gives shape to the frustration MMTers experience on a daily basis. Feinig has said he derived the term “silencing” from Paolo Freire, the Brazilian educator and philosopher who wrote about the dehumanizing nature of political silencing, denying people the right to participate in their own history.

“There are moral economies that enable people to connect their lives and their needs to monetary design. And there is another process, and that's what I call monetary silencing, that disconnects people, that makes it seem like, oh, those are forces that are beyond your reach. This is something you should not be thinking about ... You have to try to work as hard as you can as an individual. And if you don't make it, or if you don't have enough for a decent life, that is your own fault. But please do not think about where it comes from.”

Feinig gives historical examples of both moral economies and monetary silencing – though rather fewer of the former than the latter in recent times. During the US Civil War, the federal government issued the greenback, a brand new currency. Not only did it enable them to win the war, it also made visible the fact that the government has the power to spend money into existence. (Haven’t we said the same about Covid stimulus checks?)

The gold standard and bitcoin are among the notable monetary silencers, but some may be surprised to find FDR in this category. Feinig makes the case that he was one of the most successful. We cannot disagree.

Jakob Feinig is a historical sociologist who writes about the connection between justice, democracy, and monetary design. He teaches at the State University of New York (Binghamton). His book, Moral Economies of Money: Politics and the Monetary Constitution of Society, will be published in October, 2022.