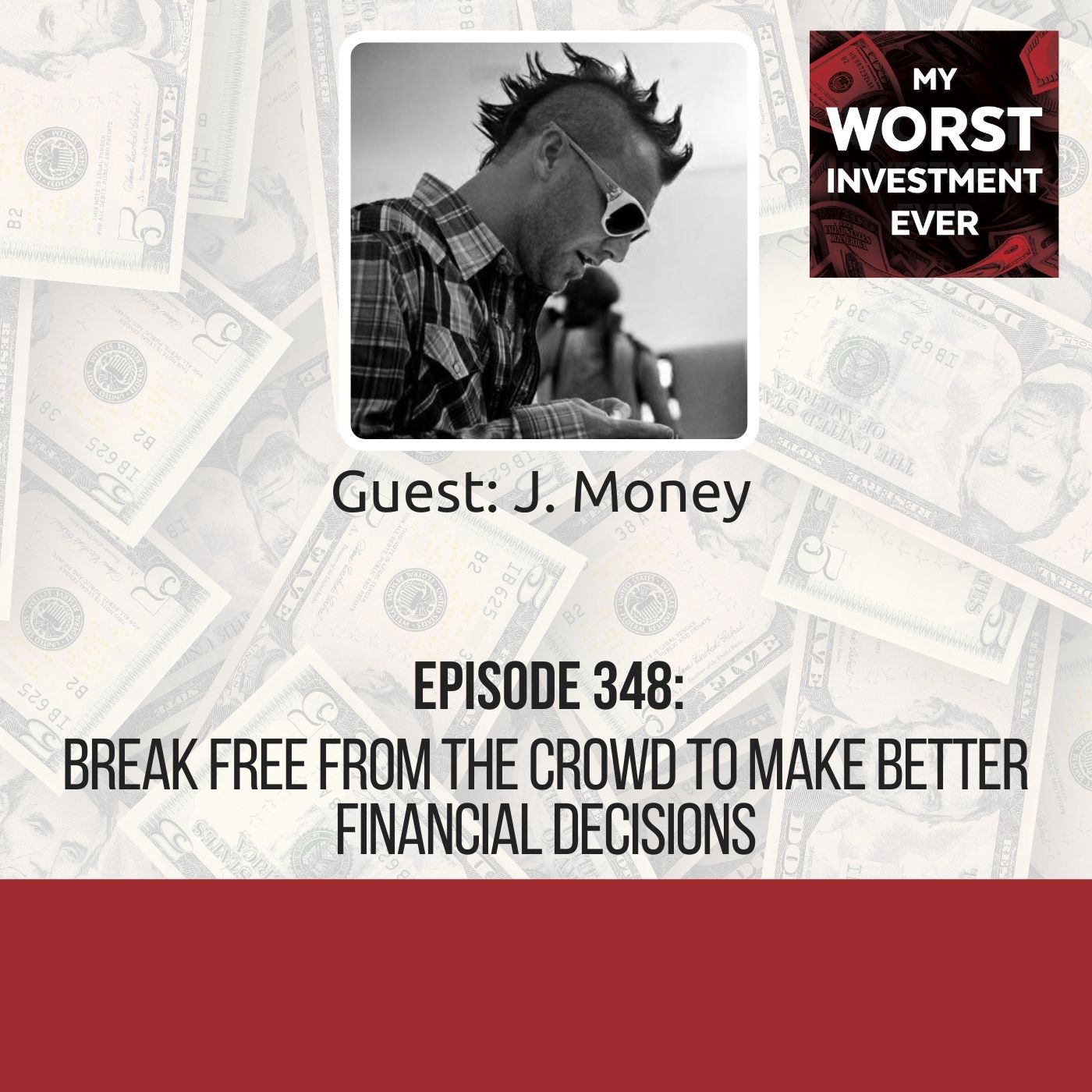 BIO: J. Money is an award-winning personal finance blogger. He’s founded several popular projects over the past decade, including Budgets Are Sexy and Rockstar Finance.

STORY: J went looking for a 2-bedroom apartment to rent in 2007. He got lost and ended up buying a $350,000 house on a whim 48 hours later, with no idea of what he was getting into. A few months later, the property market went bust, so he could not sell his house. J has always been a drifter and buying a house that he could not sell saw him get stuck in a place he did not enjoy living in for seven years.

LEARNING: Do not do things just because others are doing it; try to shape your lifestyle according to your dreams. You could make more money by being a renter than a homeowner because there is no guarantee you’ll sell the house for a profit.

“There is no shame in renting. Take your money and invest it in the stock market.”

J. Money is an award-winning personal finance blogger, a daddy of 3, and mega-fan of the Personal Finance space online. He’s founded a number of popular projects over the past decade, including Budgets Are Sexy and Rockstar Finance, and is now curating the best articles from around the community at All-Star Money—a project in partnership with The Motley Fool. You can find his entire story here.

When J got engaged, he felt that the next thing on his life’s checklist was buying a home. But at first, they decided to rent a one or two-bedroomed house.

Finding a home by sheer accident

One day, as the couple was apartment hunting, they got lost after taking a wrong turn. They stumbled across a townhouse that was for sale. They thought it was a nice-looking townhouse, and they decided to call the realtor just for the fun of it.

The realtor confirmed that it was for sale and invited them to go inside and take a look. They told the realtor that they were planning on renting. The realtor convinced them that renting was just a waste of their money, and for only $200 more, they could own a house.

But my friends are homeowners

As the realtor tried to convince them to buy, J thought everyone, including his friends and family, was a homeowner. And at that point, he knew a house is an asset. All these thoughts convinced him to buy the house for $350,000 within 48 hours.

The decision to buy the house was entirely on a whim. They did no research or weighed their options thoroughly. They just saw a house that they liked, and it was well priced, so they bought it even though that was not their initial plan.

While J felt that he had made a rash decision, he comforted himself with the fact that he had bought the house when the market was down, and maybe he would sell once it goes up.

Unfortunately, the market kept going down. Then the 2008 financial crisis happened and crashed the property market altogether. Now J could not sell the house.

The massive responsibility of owning a house

Besides having to deal with a declining market, J also had to bear the immense responsibility of owning a house. He had to deal with things like maintenance and property taxes, something he was not used to as a renter.

J came from a military background and so was used to moving every two years. And while in his head he thought it might be good to settle down, it was impossible to buy a house every two years and sell it.

J and his family were forced to live in that house for about seven years because he could not sell the house for profit, even though he badly wanted to be on the move.

You do not have to do what everyone else is doing

Do not do what others are doing. Live your life on your own terms. Buy a house because it’s the right thing for you, not just because your best friend bought a house. Know yourself, understand how you work, and build a lifestyle around that.

There is no shame in renting

It is okay to rent. In fact, there are some advantages to renting over ownership. With renting, you do not have to worry about maintenance costs and taxes. You can invest this money in something with a high return. Renting also gives you the freedom to move around as much as you want. You do not get tied down to one place.

There are other better ways of investing other than homeownership

An asset is supposed to bring you an income. Houses, unless it is a rental, do not bring income. Instead, they take money from you. There are other investment options, such as the stock market. If you are buying a house with the hopes of making money from it, don’t. Instead, invest in the stock market.

Renting could make you more money than owning a home

Long gone are the times when owning a home was a huge investment in terms of returns. If you calculate the long-term costs of owning versus renting, renting is more cost-saving. If you are an intelligent renter and invest the money you’d use to buy a house, you could make a lot more than if you were a homeowner.

There are many investment options nowadays

Today, there are so many investment options that are easier to manage and will make you more money than owning a home. You stand to build wealth investing in stocks, bonds, and other asset classes.

J’s number one goal for the next 12 months is to go back to his previous lifestyle before starting the All-Star Money project. His lifestyle included waking up at 5 am, working for five or six hours, then calling it quits at lunchtime, and then have the second half of the day for himself.

“Just stay true to yourself and go check out personal finance blogs and see if anything resonates with you.”