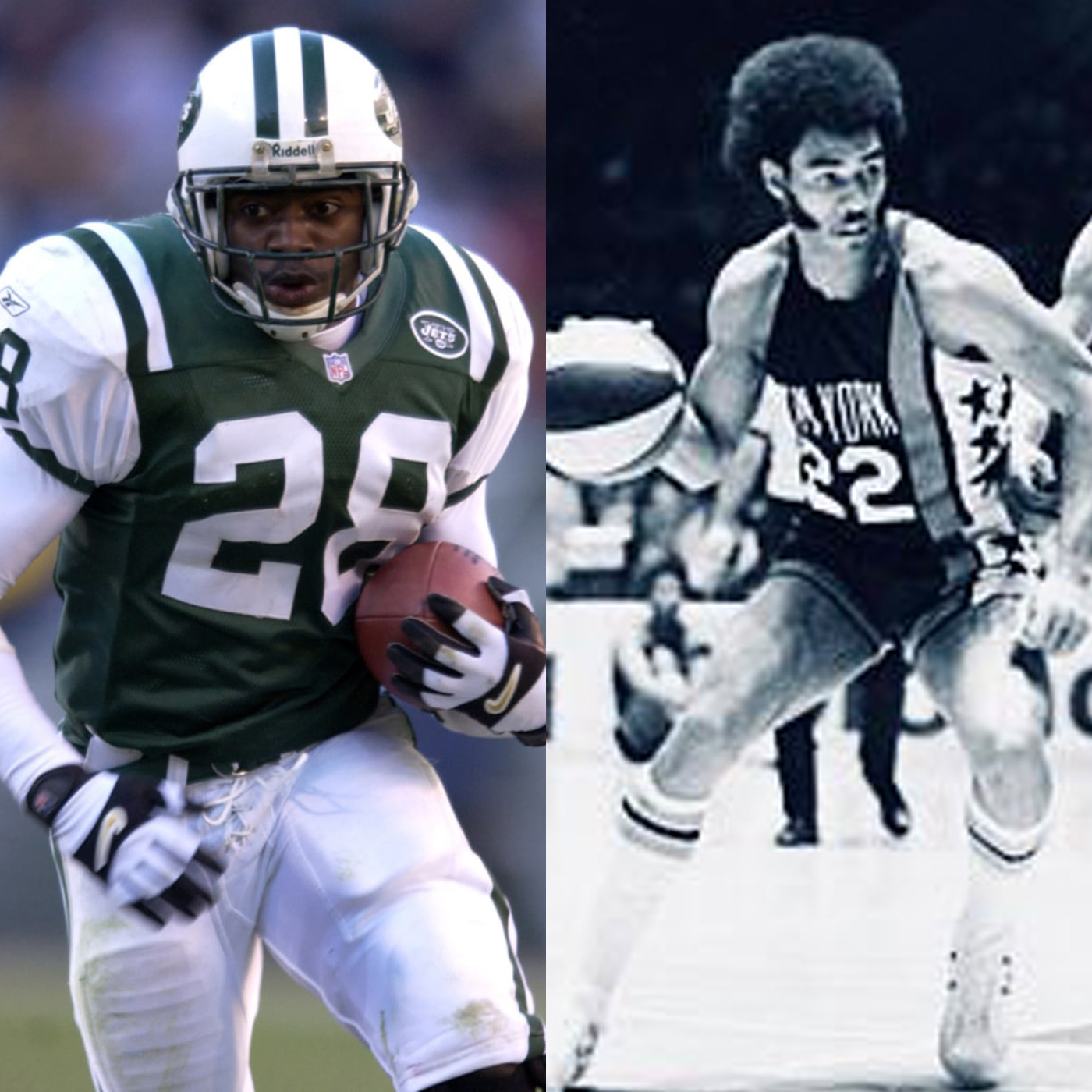 Host Bill Donohue begins the show welcoming Hall-of-Famer and former New York Jets RB Curtis Martin. Curtis began by talking about some of the adversity he dealt with as a youngster, and how he chose to deal with it. Later Curtis talked about his time at the University of Pittsburgh, and his decision to turn pro. Bill asked Curtis about his first carry as a pro, and Curtis talked about how head coach Bill Parcells tested him early in his career. Curtis went on to discuss how Coach Parcells was in many ways a father figure to him, and one of the main reasons why he ended up in New York with the Jets. Curtis talked about his toughness and his ability to show up and play every Sunday, some of the injuries he played through over the years, and the reason why he ultimately decided to retire. Curtis also talked about his election to the Hall of Fame after basically being passed over in his first year of eligibility for Marshall Faulk, how he came about his induction speech, as well as how he joked with his mentor Parcells a year later when Coach Parcells was enshrined in the Hall of Fame.

Now retired, Curtis discussed some of his aspirations, such as possibly owning a team (the Jets?) at some time in the future. Curtis also spoke about his involvement in various charities, including his Job Foundation which is aimed at providing financial aid and hands-on support to single mothers, youth charities, individuals with disabilities, and low income housing providers.

Curtis talked about the honor of being included in the Jets Ring of Honor, and how he became a part of the NFL's Code of Conduct Committee. Curtis also talked about playing with QBs Vinny Testaverde and Chad Pennington, and how far he felt the 1997 team could have gone had Vinny Testaverde not gotten injured trying to recover his fumble in the first game of the season. Curtis closed things out talking about the Jets team today, new head coach Robert Saleh and what the Jets should do with current quarterback Sam Darnold. Curtis also expressed some thoughts on how Roger Goodell and the NFL handled things during the pandemic.

In the second half of the show Bill spoke with former New York Nets guard and ABA star Ollie Taylor. Ollie recalled his days playing the the ABA, including playing for head coaches such as KC Jones, Larry Brown and Rod Thorn- as well as playing with seven Hall-of-Famers and against the likes of such super stars as Julius Erving, Rick Barry and others.

Ollie also recalled how he showed up with Dr. J to play in the famed Rucker League that played in Harlem’s Rucker Park, located on 155th Street and Frederick Douglass Boulevard in New York City. Ollie of course talked about his famous dunk on Artis Gilmore in the 1972 ABA playoffs- revered as one of the most amazing dunks of all-time. Closing things out Ollie talked about the pride he took in being able to play any position on the floor, and how he feels in many ways the ABA saved the NBA.

Curtis Martin played in the National Football League (NFL) for 12 seasons, primarily with the New York Jets. He played his first three seasons with the New England Patriots, who selected him in the third round of the 1995 NFL Draft. Martin joined the Jets in 1998, where he spent nine seasons before retiring after the 2006 season. A five-time Pro Bowl selection and two-time first-team All-Pro, Martin rushed for 14,101 yards in his career, which is the sixth highest in the NFL. He was inducted to the Pro Football Hall of Fame in 2012.

Martin, who missed most of his final college season at the University of Pittsburgh with an ankle injury, was drafted in the third round by the New England Patriots in 1995. He showed no effects of that injury during his rookie season. He ran 30 yards on his first NFL carry, scored the game-winning touchdown and became the first Patriots player to rush for 100 yards in his pro debut. It was the first of a rookie-record-tying nine games that he eclipsed the 100-yard mark. Martin finished the year as the AFC's leading rusher with 1,487 yards and scored 14 touchdowns. He was named Rookie of the Year, All-AFC, and voted to the first of his five Pro Bowls.

Martin's steady output continued throughout his 11-season, 168-game career as he joined Hall of Famer Barry Sanders as the only runners ever to start their careers with 10 straight 1,000-yard seasons. Martin led his team in rushing in each of his 11 seasons in the NFL.

Martin, who signed as a restricted free agent with the New York Jets after his third season, had his finest year in his second to last season. He rushed for a career-high 1,697 yards in 2004 to win the lone NFL rushing title of his career. He also tied his career-high of nine games with 100 or more yards rushing. He was named first-team All-Pro for the second time of his career that season.

He suffered a knee injury late in his final year that snapped a streak of 119 consecutive starts and kept him from reaching the 1,000-yard mark for the only time of his career. He finished the final four weeks of the season on the injured reserve list. He later announced his retirement and left the game as the NFL's fourth all-time leading rusher.

Martin gained 14,101 yards on 3,518 carries and scored 90 rushing touchdowns in his career. He rushed for 100 or more yards in a game 57 times. He also caught 484 passes for 3,329 yards and 10 touchdowns and his 17,421 combined net yards placed him 10th all-time at the time of his retirement. The three-time All-AFC pick also threw two touchdown passes on his only career pass attempts.

Ollie Taylor played college basketball at the University of Houston from 1968 until 1970, and selected by the Cleveland Cavaliers in the 12th round of the 1970 NBA draft. Although he did not see action in the NBA, he went on to play in four ABA seasons with the New York Nets, San Diego Conquistadors, and Carolina Cougars.

Born in New York City, Taylor rode the bench in high school before jumping center against Kareem Abdul-Jabbar in college and playing against Julius Erving and Rick Barry in the ABA. Along the way, he set numerous National Junior College Athletic Association (NJCAA) records while leading San Jacinto to the 1968 national title. Taylor followed that up by lifting Houston to a Sweet 16 appearance in 1970. Owner of a 46-inch (1.2 m) vertical leap, Taylor dazzled fans from Rucker Park to the ABA with his spectacular dunks.