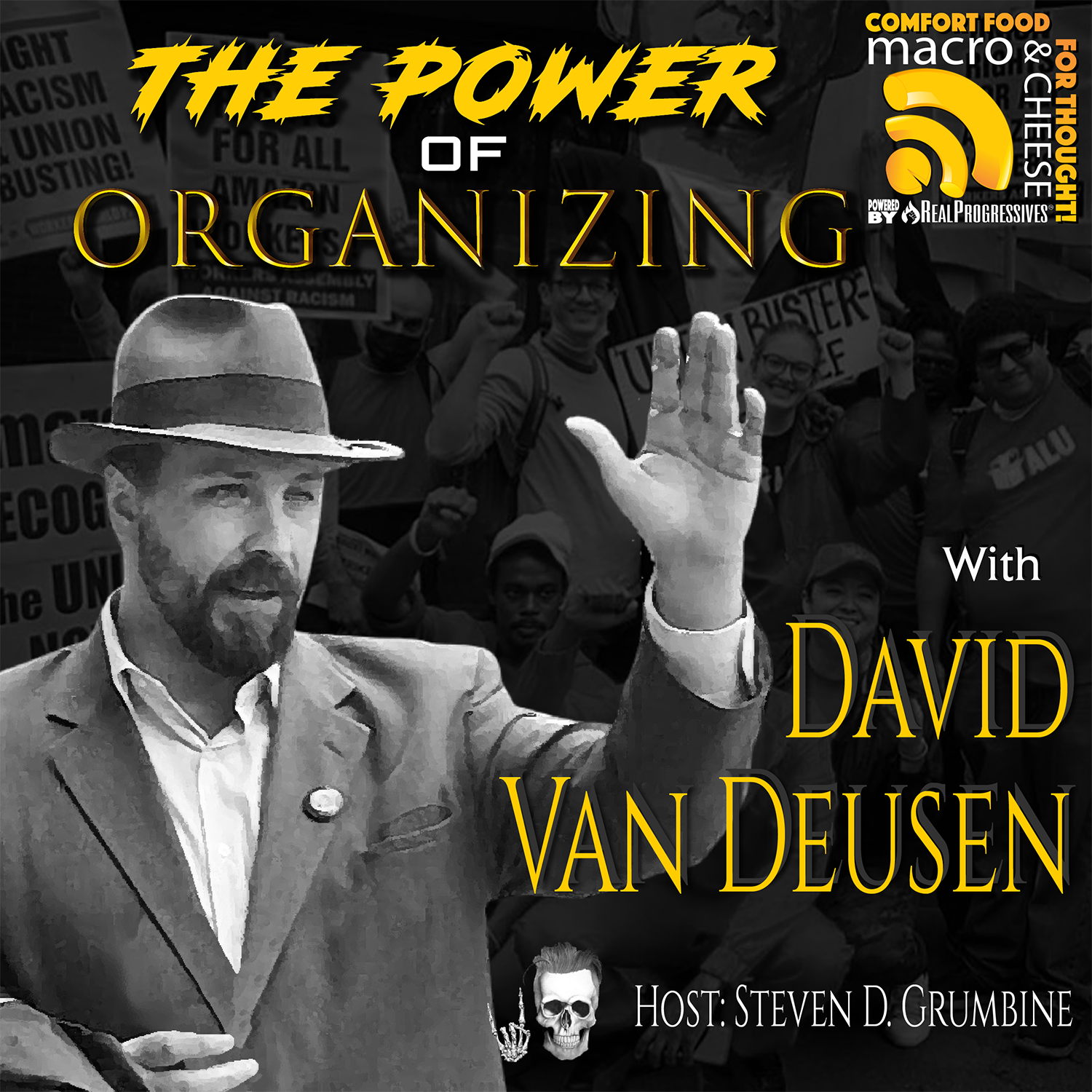 David Van Deusen, president of the Vermont State Labor Council, AFL-CIO, talks to Steve about their radical ten-point program, adopted in 2019. In the interview, he explains why they were spurred to develop the plan and breaks down what it means in practice as they move away from lobbying and expand their focus on the rank-and-file. This includes training workshops for non-union workers – How to Organize 101.

David describes their approach to building a social justice-oriented labor movement. They work with groups like Migrant Justice to support efforts to ensure safe and fair working conditions for undocumented farm workers. They seek to build bridges to non-labor organizations, “be they farmer or environmental groups, (who) are ready and able to embrace our core working class values.”

The fifth item of the ten-point plan calls for a Green New Deal. This is followed by item number six, “Electoral Politics,” which begins: “The time of the VT AFL-CIO endorsing candidates simply because they are a Democrat is over.”

Below are excerpts from the preamble to the Vermont AFL-CIO Ten Point Program:

A NEW PATH TOWARDS PROGRESSIVE CHANGE FOR LABOR

Organized Labor has been the most powerful force for change in the History of the United States of America. From the 8 hour day/40 hour work week, the establishment of the weekend, livable wages (in Union shops), to workplace safety standards; Labor has won these foundational victories through collective action and solidarity. However, for some decades Labor, nationally, has been on the decline.

This wilting of Labor does not have to be. We can (and must) be a social and political power once again; one capable not only of defending against the attacks we now face from DC, but also of going on the offensive and delivering positive life altering changes for working people. But we will not achieve our potential if we stay on the road more traveled. We cannot continue to do what we have always done and expect a different result. Nor can we be satisfied with candidates that run for Union office who support all the good things, but who neglect to tell us how we will get there. Instead we must be bold, we must experiment, and we must forge a way forward which not only transforms the Vermont AFL-CIO, but also delivers a powerful Labor Movement with the muscle needed to transform Vermont as a whole. And here, the Vermont we intend to deliver is one wherein working class people not only possess the means to live a secure and dignified life, but one where we, as the great majority, wield the democratic power required to give social and political expression to the many. Such a transformative potential presupposes first a unity around an effective program, and second the development of our immediate political power.

To learn more about Vermont AFL-CIO and see the ten-point plan in its entirety, go to https://vt.aflcio.org/news/vermont-afl-cio-ten-point-program

David Van Deusen, President of the Vermont State Labor Council, AFL-CIO, was elected to office in 2019 as part of the progressive United! Slate. He is a member of AFSCME Local 2413 (Northeast Kingdom), serves on the Labor for Single Payer national Advisory Board, and is a member of Labor Against Racism & War's national Representatives Assembly. Van Deusen is also a member of Democratic Socialists of America and a past member of Anti-Racist Action.