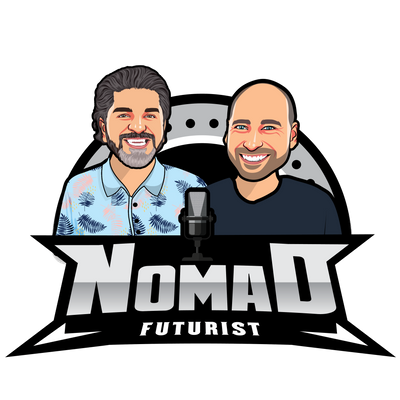 In this inspiring #NomadFuturist podcast, Cole Crawford talks about his journey from being an antisocial, nationally ranked, competitive tennis playing Goth kid to becoming the CEO and founder of Vapor IO, the world's first true edge computing company.

Crawford got his first exposure to Linux at age 15 and was immediately hooked. “Linux was my religion for a decade.” Quickly realizing that he understood more than his teachers, he jumped into the workplace doing stints at ISPs, Baby Bells, Dell and the DOD. Along the way he learned about pattern matching, contextualizing disparate problems, and trying to build solutions.

Crawford has been seminal in the development of open source initiatives throughout his career and is completely committed to the democratization of technology.

“There’s something so satisfactory about increasing the pace of innovation while democratizing access to data and lowering the barrier of entry whether that barrier of entry is economic or technical.”

He sees the potential value of applying a similar approach to other industries, including biotech, especially in this time of worldwide pandemic.

Crawford is also an advocate for women in the technology workplace.

“Women are better out of the box thinkers than men…better contextualized thinkers. We need more women in this industry!”

He and Phil discuss their concern that there is an increasing lack of understanding of the hardware that underpins the software.

Maybe the pendulum of IT has swung too far… where we only look at abstraction interfaces and we’re writing to APIs that do all the hard work…It’s important to understand the lower levels of a system.”

Cole Crawford is CEO and founder of Vapor IO, creators of the Kinetic Edge™ platform and the leading provider of edge colocation, edge networking and edge interconnection services. Crawford is also the co-founder of the Open 19 Foundation, founding Executive Director of the Open Compute Project, former Chairman of the Open Data Center Alliance and co-founder of OpenStack. He has been named to Data Economy’s list of The World’s Most Influential Data Economy Leadersand The World’s First Top 50 Edge Computing Influencers.