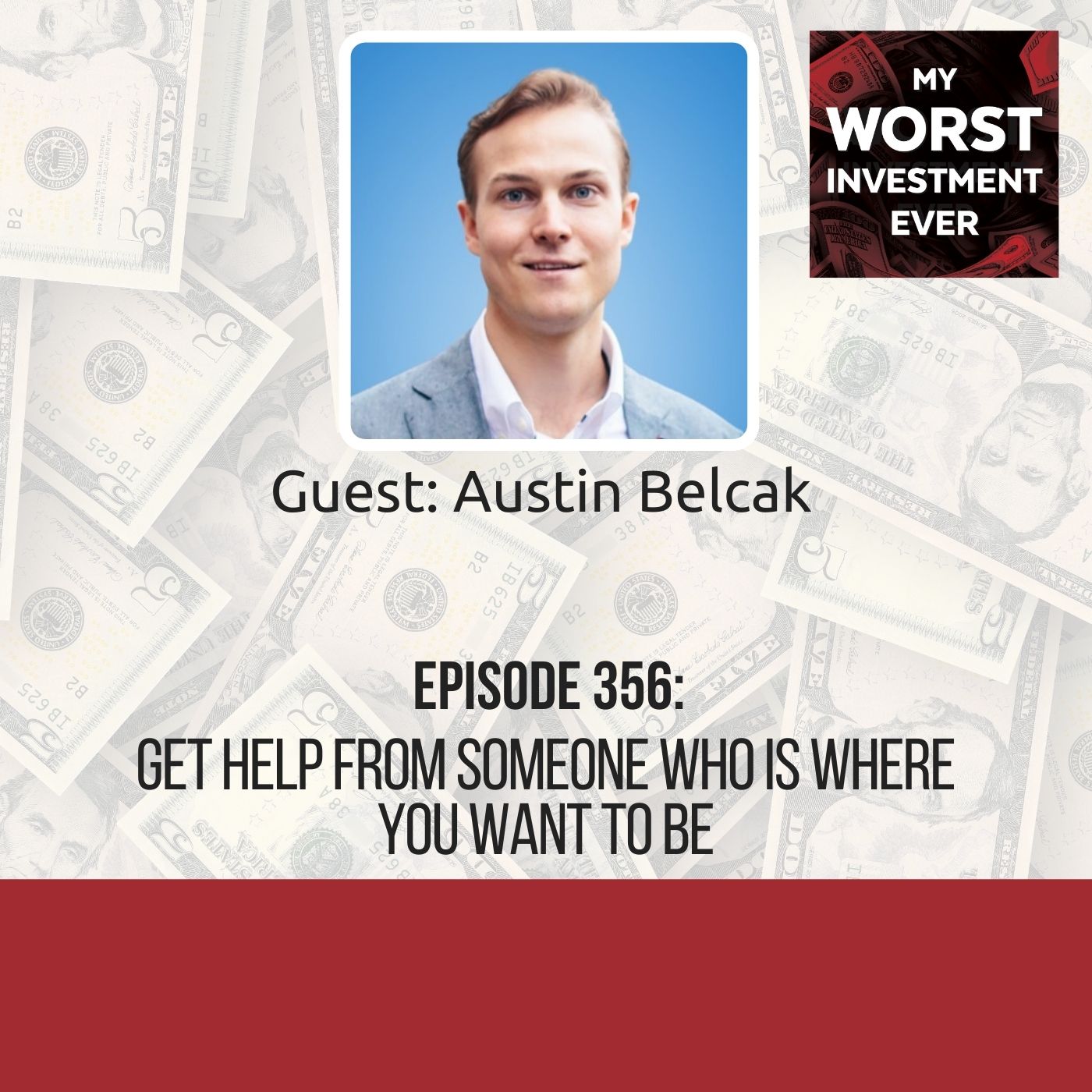 BIO: Austin Belcak is the founder of CultivatedCulture.com, where he helps people land jobs they love without traditional experience and without applying online.

STORY: Austin made two mistakes. One was to take a terrible job without evaluating if it was indeed a good fit. Two, he spent so much time following jobseeking advice from family and friends who had no experience in the field he was interested in.

LEARNING: Successful careers are built from networking and building relationships. Find creative ways to showcase your value when searching for a job. Seek advice from people already doing what you want to do.

“Go find people who have already been down the path you want to follow and who are now working in the places that you want to work.”

Austin Belcak is the founder of CultivatedCulture.com, where he helps people land jobs they love without traditional experience and without applying online.

Austin’s job search system stems from his personal experience transitioning from a new grad with a biology degree, a 2.58 GPA, and a job in healthcare to landing interviews and offers at Microsoft, Google, and Twitter.

His strategies have been featured in Forbes, Business Insider, Fast Co, and Inc., and he has helped thousands of job seekers land jobs at places like Microsoft, Google, Amazon, and many more--without applying online.

When it was time for Austin to go to college, he did not know what he wanted to do. But he chose to be a doctor because it made his parents and their friends happy. So he went to college with the plan to become a doctor, but deep down, he knew that’s not what he wanted to be.

In college, Austin spent his time doing all manner of things other than studying. Consequently, he graduated with a 2.58 GPA. Now he could not become a doctor.

No desire for work

Austin had no interest in joining the formal employment world. He never interviewed for a job and only took an internship because it fell on his laps. The company then offered Austin a job, and he took it no questions asked. He did not even negotiate his salary.

The job Austin took was horrible. He was selling medical devices, and sometimes he would have to drive over two hours to deliver the devices to hospitals as early as 6 am. His boss was the worst, and he’d keep telling Austin that he was not good enough and had no future. This was quite demoralizing.

On top of the bad working conditions, the salary Austin accepted was barely enough for rent, car insurance, groceries, and other expenses. So he ended up racking up about $15,000 in credit card debt in the first couple of months out of school, just trying to make ends meet

The start of his worst investment ever

Austin knew that he had to quit this job. His goal was to work in tech, but he had no experience. He went to the people we always go to for advice; parents, friends, and career counselors. They all told him the same thing; to tweak his resume and cover letter and apply for jobs online.

Austin spent hours and hours of his time online searching for a job without any success. In the first month, he applied to about 100 companies, and not a single one got back to him.

Going back to his advisors

Austin went back to the people he had asked for advice. He asked them what he could be doing wrong since they were all successful and he was doing what they told him to do, yet he was unsuccessful. They said to him that it was a numbers game and he just hadn’t applied to enough jobs, and he just needed to continue applying.

This advice did not sit well with Austin, considering that these people all had different experiences. His parents, for instance, had not searched for jobs in decades, and his friends were all working on Wall Street, so they had no experience working in medical or tech fields.

The feeling of betrayal

Austin felt a little betrayed by his family, friends, and the people he was getting advice from because this advice clearly didn’t seem to work. He also felt betrayed because he invested so much money into college, and that did not seem to be delivering on the promise he’d always have an opportunity if he had a degree. Austin felt left out by the companies he wanted to work in. He started thinking he was the problem, that something was wrong with him.

It was not until he had coffee one day with someone from his alumni that he realized things were not working because he sought advice from the wrong people. He now started seeking advice from people working at the places he wanted to work at.

Networking and building relationships are the secrets to building successful careers

If you are looking to elevate your career, it comes down to networking and building relationships.

Quit the ‘me’ mindset

When reaching out to people, instead of making a direct ask for them to refer you to recruiters, focus on the other person and what value you can offer them.

Instead of the usual style of sending a resume, send a direct illustration of what you can do to add value. This gives you higher chances of getting hired.

Know what you are good at and offer it

The problem with applying online is that you must optimize your job search to the marketplace you are using. Step out of marketplaces and look for other ways to get jobs.

Be very careful of traditional advice

While there is some value in traditional advice, it will often get you traditional results.

Reach out to one person who is already doing what you want to do. These are the kind of people who are going to be the best mentors.

Austin’s number one goal for the next 12 months is to find a little more balance. Now that he has a business and it is his only focus, Austin wants to use some of this time to find balance.

“Feel free to connect with me on LinkedIn and definitely take the risk assessment.”