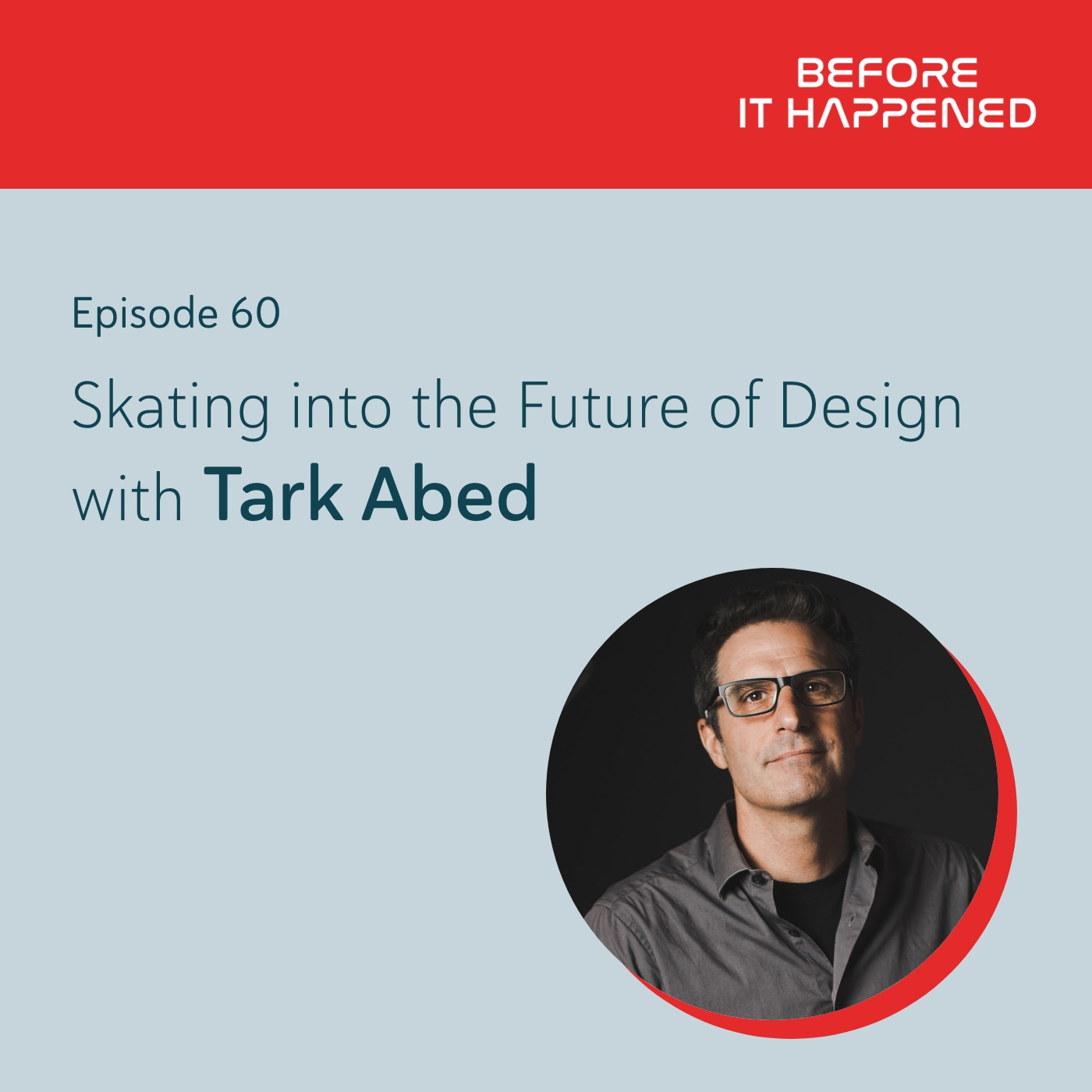 Silicon Valley is home to some of the world’s most innovative products and companies. Mighty among them are the design firms that help build and shape those products. In this episode of Before IT Happened, Tark Abed, founder and CEO of the product design consultancy Mighty Studios, talks to host Donna Loughlin about how he became an industrial designer, what his first years in the industry were like just down the street from Stanford’s Institute of Design a.k.a. the d.school in Palo Alto, and how he eventually founded his own design studio. Tune in to hear all about Tark’s career building cutting-edge products and to hear what role Tark says design has to play in our future.

(02:33) -Tark Abed, a kid with limitless vision - “We started visualizing and conceiving things like spaceships and lots of sci-fi stuff. And as we got exposed to more and more of those movies, that became sort of a passion of ours.”

(04:51) - Skating his way through life - “Skateboarding, failing, getting back up again, doing it differently, learning and moving forward, it’s sort of a metaphor for life, but it’s also a pretty powerful metaphor for the design process.”

(07:45) - Turning his passion into a career in industrial design - “Fundamentally there was formality behind what I had been doing my entire life. There was a discipline there and there was a process too, which was also fascinating.”

(18:14) - Deciding which design projects to develop - “The kind of work we do echoes what's happening in Silicon Valley, right? So, in the early years, it was sort of IoT smart devices. Then it was sort of wearable technology devices, wrist-worn, rings. Robotics, now, is trending. Drones were trending for a little while.”

(22:02) - Connecting people remotely pre-Zoom - “We worked with these amazing acoustics engineers, video engineers. We even worked with a Hollywood movie director on the best type of lighting to create in this environment.”

(24:49) - Designing to solve - “If we’re designing a technology that is wearable for seniors, we’ll go to assisted living facilities or people that are aging in place and learn about their habits and behaviors and their pain points and so forth. It’s only after you do that, and you compile that data that you start to see patterns emerge, and that's a really exciting part of the process.”

(31:07) The future of industrial design - “What I'm interested to see unfold over the next few years is like—as technologies get more miniaturized, more dense—where they end up, right? Are we going to have smart clothing? Now we have smart jewelry and smart watches, but what else could that be? And what are the consumer behaviors that are responding to that. And what are the needs?”

Connect with Tark Abed on Linkedin