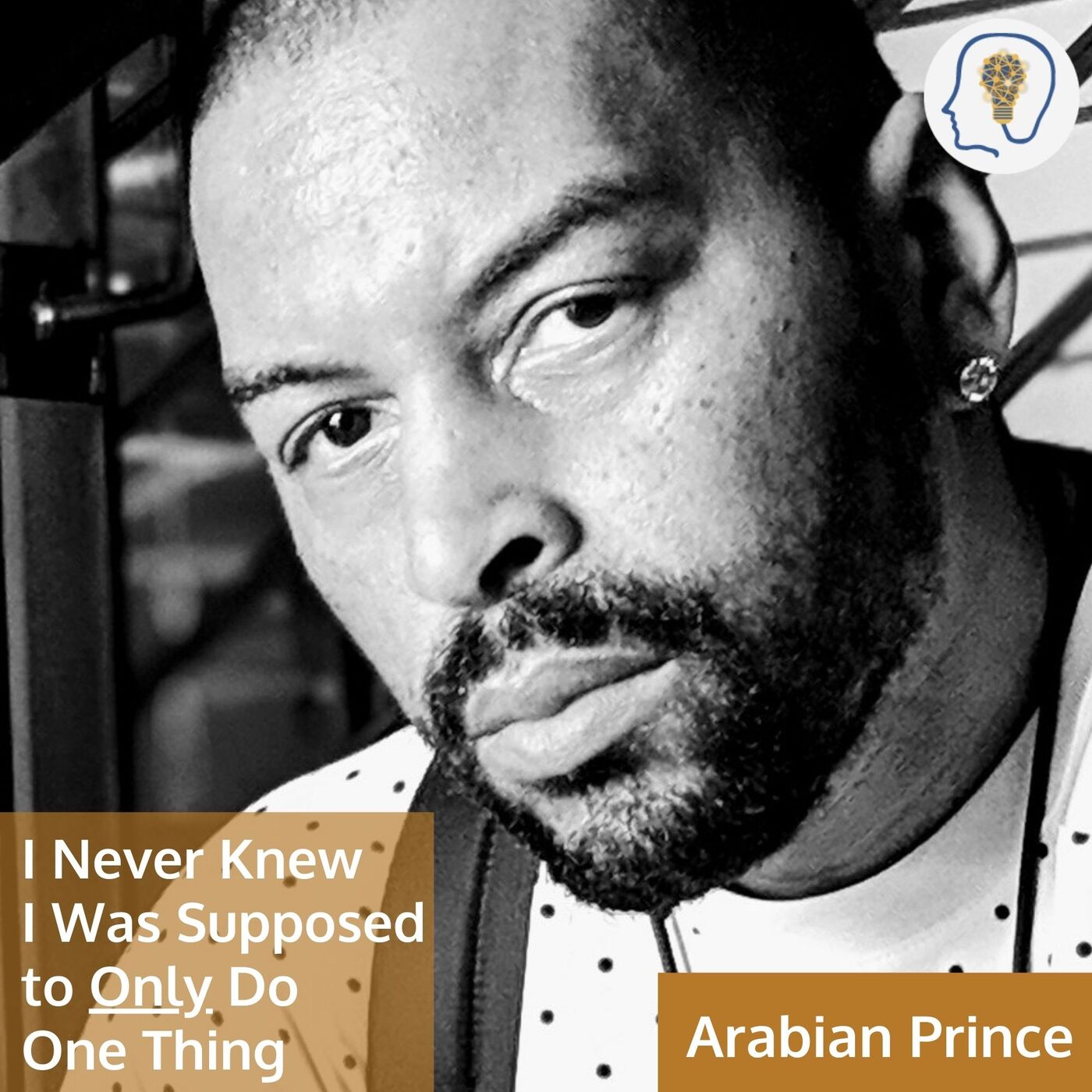 In this episode, Arabian Prince shares the rest of the story -- both before and after working with NWA. He shares how he got started with tech, entrepreneurship, and music creation at a young age. He talks with Gigi about how he taught himself new gaming and creative technologies, and how he brings that energy to his many current adventures.

A songwriter, rapper, producer, DJ, technologist Pro Gamer and futurist, Arabian Prince is best known for being a founding member of the Rock and Roll Hall of Fame-inducted rap group N.W.A., West Coast electro music pioneer, and producer of the Grammy-nominated #1 hit song Supersonic. Founder of iNov8 Next Open Labs, GGGOAT, and Partner at Covitech. He also is the President of Next Careers, a non-profit working with 1,500 FIRST Tech Challenge roboticists, grades 7-12, across Southern California.

His passion for technology led to him create a 3D animation and special effects studio in the ’90s working with companies like Saban Entertainment and Fox, including 100+ videogame, film, and TV titles for Fox interactive and Vivendi Universal. As a consultant, Arabian has advised many companies on bridging the gap between technology and the youth, while bringing new product innovations to market. He is currently working with his tech partners to bring Open Labs to communities across the country in support of youth, women, diversity, veterans, and anyone else who wants to explore the future of technology.

I run transformative programs, speak/moderate, invest, advise, and produce multimedia on creativity and technology.  I taught for 22 years at UCLA, where I ran the Center for Music Innovation and the podcast "Innovating Music," built four industry-connecting programs, and taught undergraduates, MBAs, and executives about disruption in creative industries.  Before UCLA, I financed media M&A at Bank of America for ten years.

Sponsored and Produced by the Maremel Institute