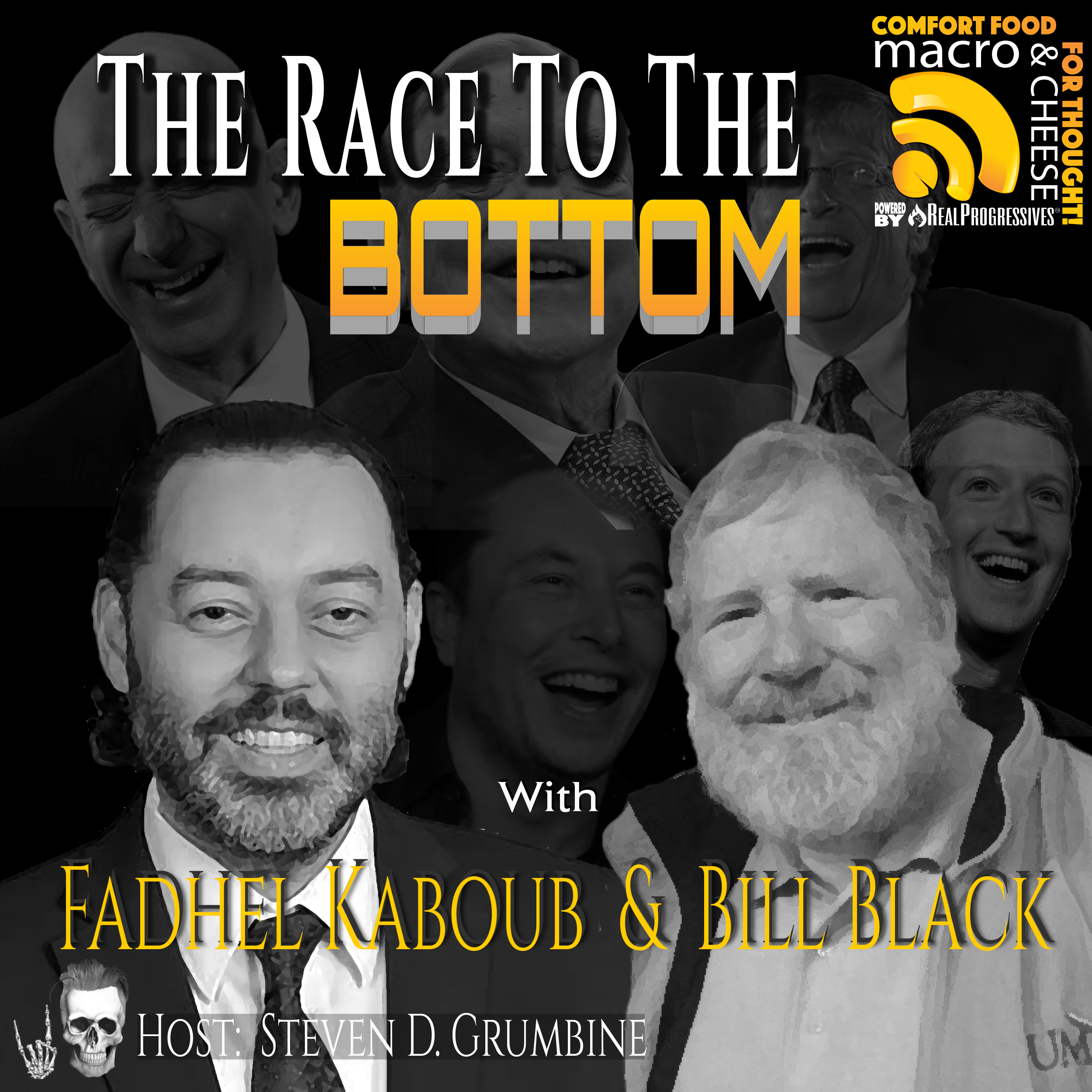 To unpack the confusion around the push for state-based vs federal programs, it’s necessary to understand the race to the bottom. So this is where Steve Grumbine begins his interview with Bill Black and Fadhel Kaboub. The inequities among the Eurozone nations have their parallel in the US. At both the global and national levels, the race to the bottom affects labor standards, environmental regulations, tax rates, and basic services. To understand this, we always turn to the MMT explanation of the difference between a currency issuer and a currency user.

The federal government can afford to provide healthcare, infrastructure, environmental protection, childcare, and other necessary services. When it abdicates its responsibilities, it shifts the burdens to individuals who can't afford them as well as to states and municipalities who, by definition, don't have the resources and must compete with each other to attract businesses like fracking companies, pipelines, Amazon headquarters, or whatever they can get. When a state needs more revenue, as it inevitably will, raising corporate taxes will drive these businesses to a “friendlier” location. Ultimately the end result is neglect of community needs and full-bore pain for its citizens. Lost opportunities and negative consequences have been compounding over decades of the neoliberal project.

Virtually every state has a constitutional or statutory requirement either limiting or prohibiting running a deficit. However, even without these restrictions, states can’t run substantial deficits without experiencing a sharp increase in the interest rates on their debt and, of course, cannot issue currency to pay those interest rates.

Because of vastly different tax bases and competition between the states, the guests make clear that the progressive agenda will be hobbled if we try to apply it piecemeal. Funding major programs like health care at the state level is not only impossible for the majority of US states, but counterproductive to the national Medicare for All movement. The federal government can “wait and see” as state-based initiatives inevitably fail, all of which gives ammo to the “we can’t afford it” argument, and ultimately hurts everyone.

Some American progressives have become beaten down with despair, losing hope that such comprehensive plans can ever be achieved. In desperation, they are mobilizing for state-based healthcare programs. Even if these are achievable in a few states, it is not the solution for most and is dissipating the energy that should be focused on a comprehensive agenda.

The episode closes by honoring their work while offering specific suggestions for effectively mobilizing targeted action at the local level capable of uniting rather than fracturing the movement. By organizing, educating and empowering people to fight for the right policies, we can consolidate the efforts of the state-based groups across the country into a unified voice for universal health care and other massive programs, funded at the federal level, in lieu of 50 groups fighting separate battles.