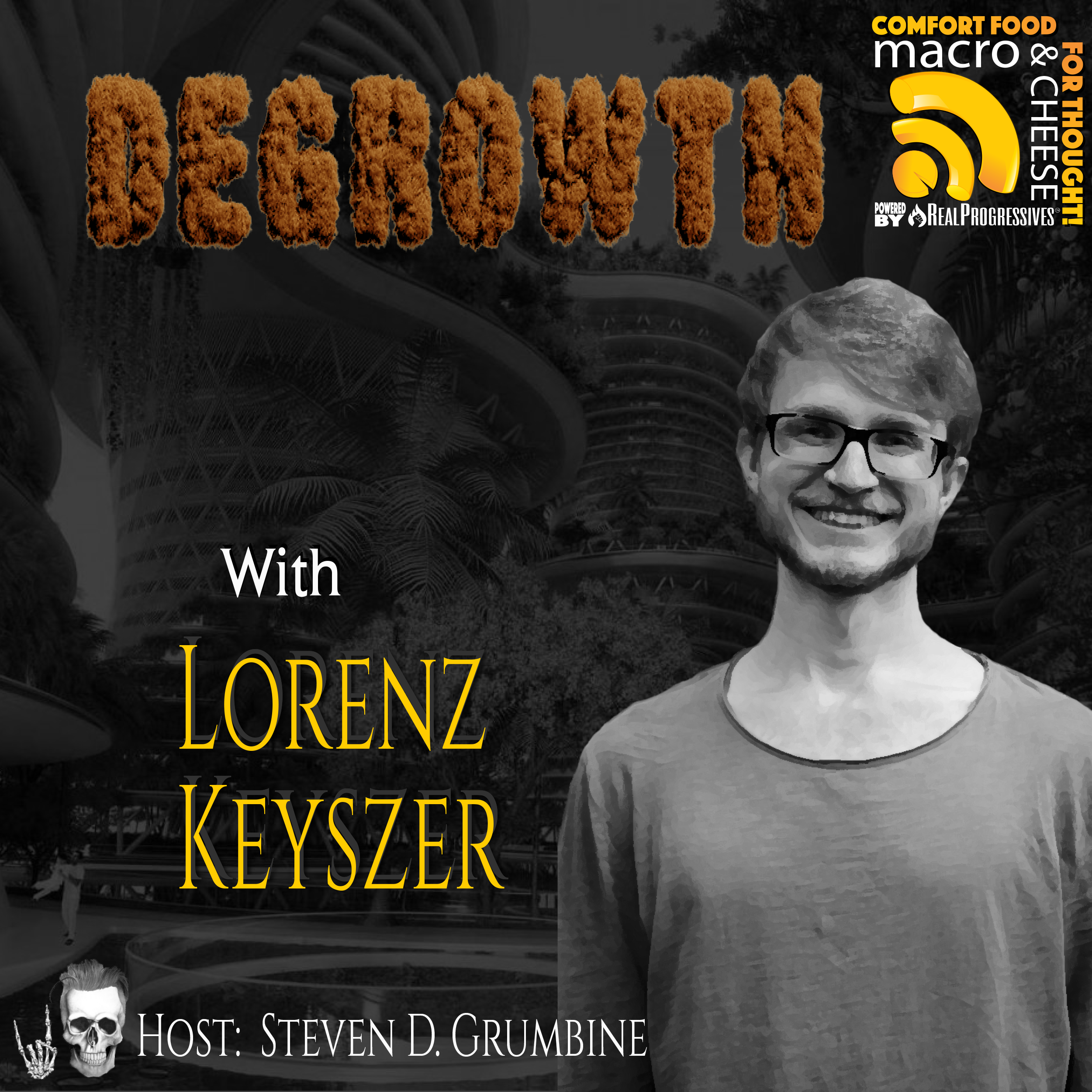 It’s customary to think of growth as something to aspire to and celebrate. It’s one of those words with positive connotations, like progress. Growth represents our progress as a society. The MMT community has called this into question by exposing the underbelly of the most celebrated measure of economic growth, the GDP. The costs of clean-up after a man-made or natural disaster, like an oil spill or hurricane, represent an increase to the GDP. How twisted is that?

Steve’s guest this week is Lorenz Keyszer, a master’s student of environmental systems and policy in Zurich. His paper, 1.5° C Degrowth Scenarios Suggests the Need for New Mitigation Pathways, co-authored with Manfred Lenzen, attempts to subvert the positive meanings associated with traditional concepts of growth.

In the face of ongoing climate catastrophe, Lorenz sees the need to dig deeper and ask which things we really want to see increase and which things which we want to decrease. In other words, we must ask ourselves which sectors, which areas of life should we prioritize and which areas could be reduced.

I usually use the ecological-economic definition, which sees degrowth as a process of an equitable downscaling of energy resource use in an economy which is coupled to GDP. gross domestic product. So GDP is likely to decline or stagnate in such a transition, but societal well-being should be maintained or secured in such a transition. So this is sort of a prosperous descent scenario which really tries to decouple well-being from GDP growth and focus on the things that matter directly, no matter what this means for GDP growth.

Referring to the 2017 IPCC report and its 12-year timeline, Lorenz warns of the dangers in discussing this in terms of deadlines. We’re already seeing climate change causing real harm to people’s lives as numerous catastrophes are being substantially worsened.

Lorenz talks of the need for the state to take an active role, directing massive investment programs into renewable energy. as well as regulating the fossil fuel industry. A ‘just transition’ is possible if we provide universal basic services and a federal job guarantee. Such policies would minimize the fear of losing livelihoods as we dismantle the exploitative and extractive entities that currently provide us our means to access necessities like food, housing, medicine and, of course, energy. A key point of the degrowth agenda is that we can secure livelihoods and access to the goods and services people need, regardless of GDP, if we change how our economy functions and choose different things to prioritize.

Steve and Lorenz discuss GPI (Genuine Progress Indicator) as an alternative to GDP for measuring economic health and stability. Unsurprisingly, the ‘richer’ countries with high GDP seem to lag behind in GPI numbers.

Lorenz also touches on the Decent Living Energy Scenario, which estimates the minimum amount of energy required to provide decent standards of health care, transportation, housing, and our other needs. It’s a massive reduction compared to today, and will take a pluralistic approach through technological revolution and waste reduction.

This episode takes a deep dive into a subject we cannot afford to ignore.

Lorenz Keyßer is a master student of environmental systems and policy at ETH Zürich, Switzerland. His research focuses on climate mitigation scenarios, post- and degrowth approaches to socio-ecological problems as well as strategies to address them, such as the green new deal.

Around the World Without a Plane, by Giulia Fontana & Lorenz Keyszer

Grounded from Zurich to Sydney, by Giulia Fontana & Lorenz Keyszer