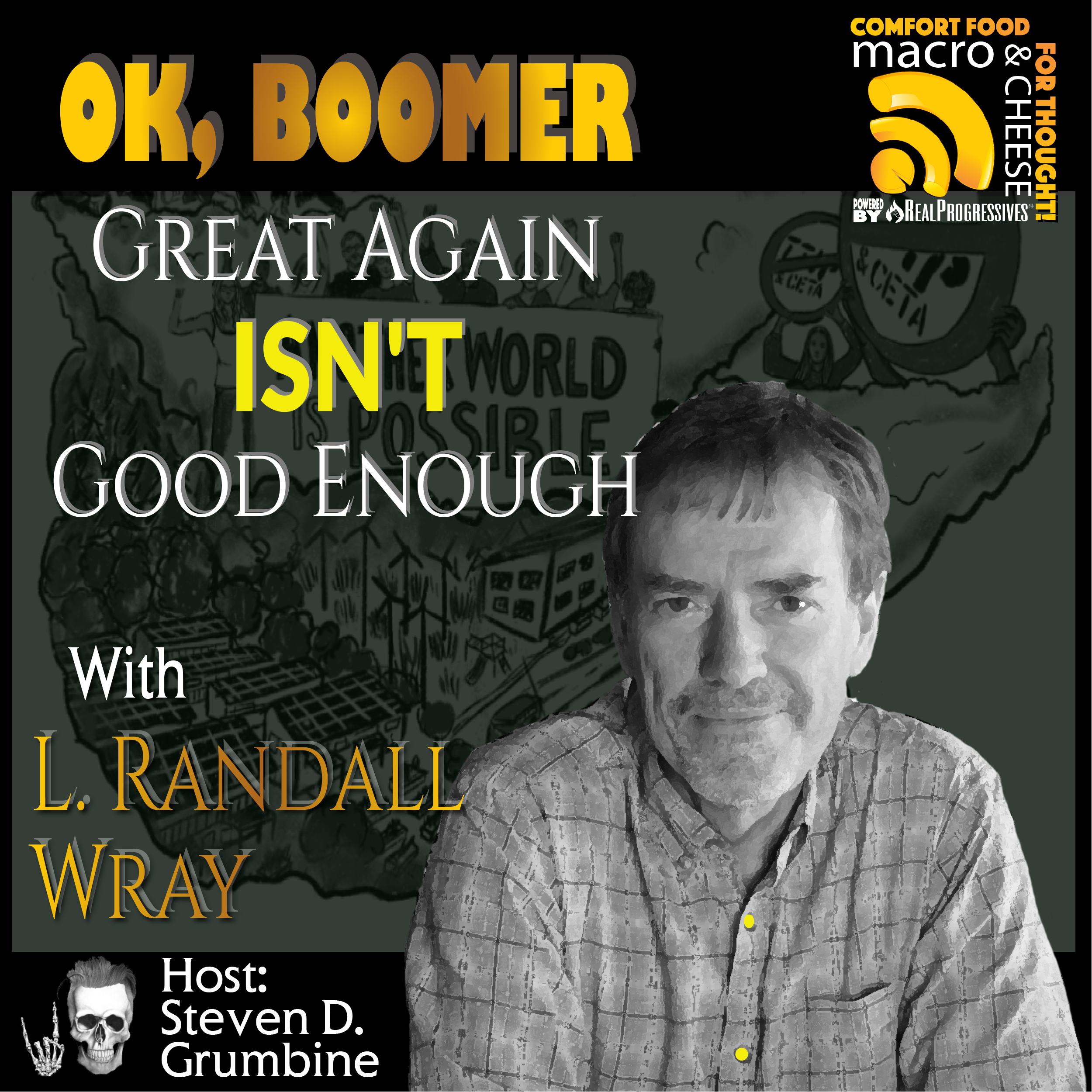 It’s always a treat to welcome L. Randall Wray, one of our favorite economists and guests, to Macro n Cheese. This episode is an added treat because, in a bit of a departure, Randy talks to Steve about politics and policy, looking through the lens of MMT while putting today’s issues in a historical context. Who better to bring that perspective than someone who lived through it? Maybe he wasn’t around for the Great Depression or World War II, but as a baby boomer, he witnessed first hand much of the massive growth and expansion of the postwar years and talks about what made America great and not-so-great during that period.

Randy states the only reason the policies proposed by Bernie Sanders seem so far outside the mainstream is because the mainstream has become so regressive. The ideas aren’t radical -- the Democratic Party is conservative.

Steve asks him why our society is so regressive. Much of the answer lies in the rise of finance capital -- the financialization of the economy. Wall Street has its fingers in every aspect of society, yet it doesn't produce anything, so the net value added to the economy is massively negative. Randy likens them to the rentier class. They take a percentage of corporate profit right off the top. A percentage of one’s paycheck goes to the FIRE sector -- finance, insurance, and real estate. (Obamacare is a recent example that furthered the process.) Obviously they’re not going to support democracy.

Randy says that in order to assess a policy proposal we shouldn’t ask how much it will cost. The correct questions are: do we know how to do it and do we have the resources. He and Steve go down the list, from free college and daycare, to Medicare for All, to the greening of the economy and public ownership of utilities -- the answer to those questions is “yes.” We have historical examples of some major successes. We also have examples of failures, like JFK’s “war on poverty,” from which to learn and craft more systemic approaches.

They consider the likely deflationary bias of Medicare for All and Randy explains why economists are talking about offsets. This is an episode that will interest everyone who’s interested in real possibilities for shared prosperity.

L. Randall Wray is a Senior Scholar at the Levy Economics Institute of Bard College.