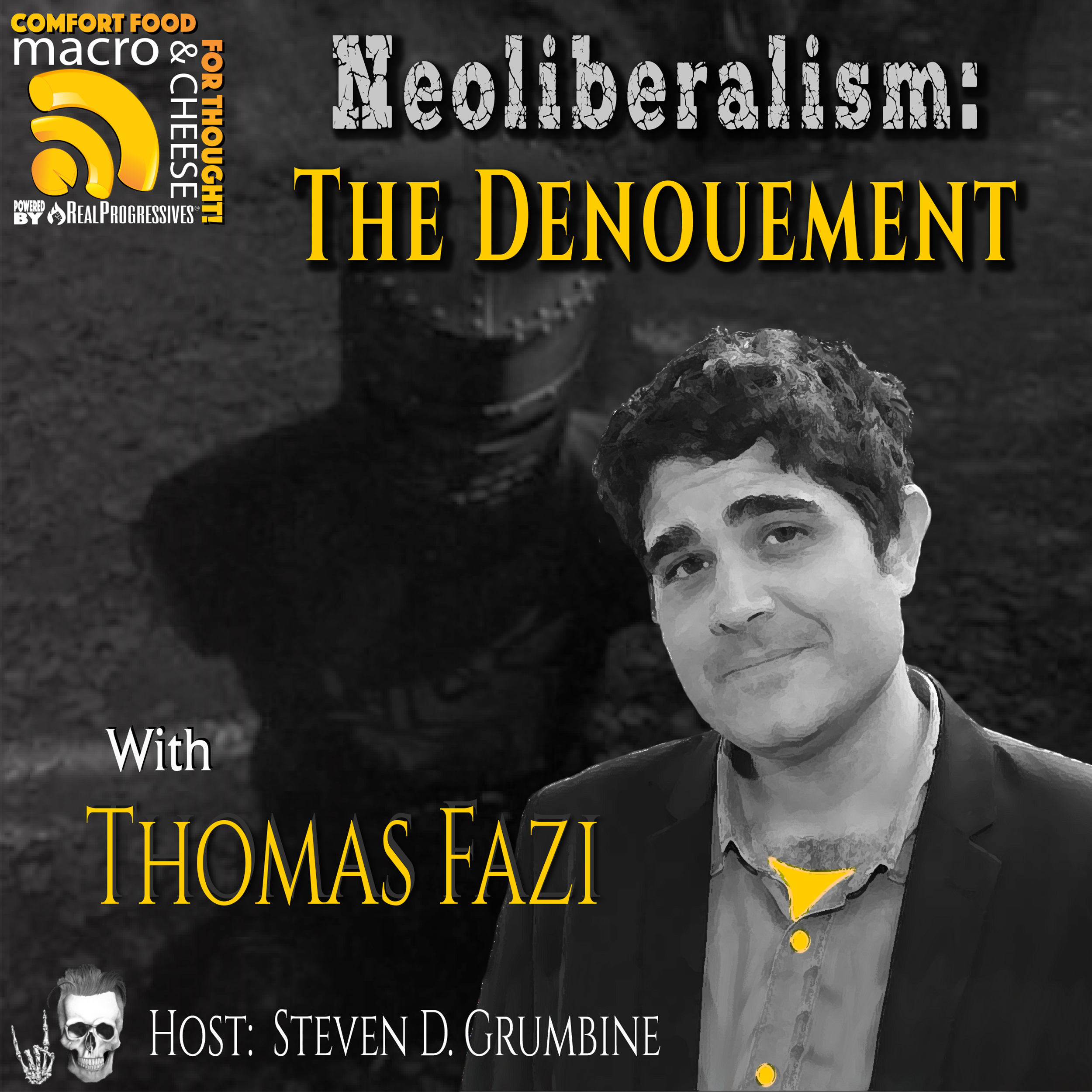 At the start of the pandemic, Thomas Fazi wrote an article entitled “Could COVID-19 Vanquish Neoliberalism?”  It was in response to the optimistic analysis, especially coming from the left who saw in the state’s reaction a deep crisis of neoliberalism.

In fact, some were predicting the death of neoliberalism and the rise of a new regime, one characterized by greater state intervention and greater state regulation of markets, more active fiscal policies and greater attention to the needs of societies, mostly brought on by the emergency, not due to sudden change of heart on behalf of elites...

In this episode, Fazi explains that neoliberalism is often misconstrued as a political strategy of curtailing the state and empowering the market, but in reality, neoliberalism has been and continues to be characterized by an extremely active state intervention in the economy.  He asserts that neoliberalism isn't about getting rid of the state, it’s about elites - and especially big capital - taking control and using the state to favor its own interests, where the needs of society are subordinated to the functioning of the market. The most obvious examples are the privatized energy and water systems.

Part of the facade of neoliberalism is convincing the people that the state doesn't have any power, because what better way to stop people from demanding their basic necessities - like healthcare, jobs, and housing - than convincing them that these aren't things that aren’t technically achievable.

The pandemic has proven, among other things, that the argument in favor of the euro, and the European Union in general, is without merit. There was supposed to be strength in numbers when in practice we’ve seen smaller countries like the UK handle the pandemic much more efficiently than the hulking bureaucracy of the EU.

After loosening the purse strings, most countries are now reverting to type.

Our leaders continue to say, yeah, well, but we can't spend too much to save people's lives because Italy has a very big public debt. So the European Union has told us that we have to go easy on spending. And so that's really the situation we're in. And again, this crisis has really proven to an even greater degree, just how tragic it is for a country, especially an advanced country such as Italy - that would have huge scope for maneuver if it had its own currency - just how tragic it is for a country to renounce its monetary sovereignty.

Steve asks Fazi to speak about the so-called “great reset,” the latest boogeyman lurking under our beds. Rather than entertain the more outrageous predictions, he talks about crisis capitalism. Anyone who has read “The Shock Doctrine” by Naomi Klein, knows it is not a paranoid fantasy. In Italy, the vast number of small restaurants that suffered from the pandemic and are now in danger of being gobbled up by huge corporate firms. Neoliberalism, business as usual.

Thomas Fazi is a journalist, writer, and translator. He’s co-director of Standing Army, an award-winning feature-length documentary on US military bases featuring Gore Vidal and Noam Chomsky, and author of The Battle for Europe: How an Elite Hijacked a Continent – and How We Can Take It Back. His latest book, Reclaiming the State: A Progressive Vision of Sovereignty for a Post-Neoliberal World, is co-authored with Bill Mitchell.