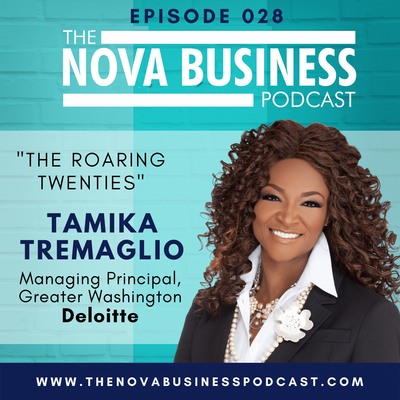 Tamika Tremaglio is the Deloitte Managing Principal for the Greater Washington area which has approximately 10,000 practitioners. She has served as the East Regional Leader for Deloitte Risk and Financial Advisory, and on the firm’s Board Counsel, Next Generation of Leaders and US Nominating committee, in which Deloitte US named its first female CEO – the first of the Big 4! Tamika has led our Chief Legal Officer program in the US for the last four years, is on the DTBA Board and was the former Dean for our Next Generation of CLOs Academy. Tamika has significant experience in global forensic accounting investigations and corporate governance matters in a number of industries. She has been involved in US SEC and US Department of Justice investigations where issues surrounding executive conduct and whistleblower allegations have been called into question.

Tamika holds an MBA and a JD and has been a frequent lecturer on corporate governance and global anti-corruption investigations and compliance issues. In 2017, the Washington Business Journal honored Tamika as Women Who Mean Business and the Washingtonian magazine recognized her as one of the Top 100 Most Powerful Women in Washington, DC. She is a recipient of the National Bar Association’s Cora T. Walker Legacy Award and the University of Maryland Francis King Carey School of Law Black Law Student Association’s 2014 Alumna of the Year Award. Tamika has also been recognized as one of the Top 40 under 40 by both the National Bar Association and Business Forward and most recently Tamika was featured in Essence magazine’s Power & Money List 2014 in which she was recognized as a “Game Changer” with the likes of Queen Latifah.